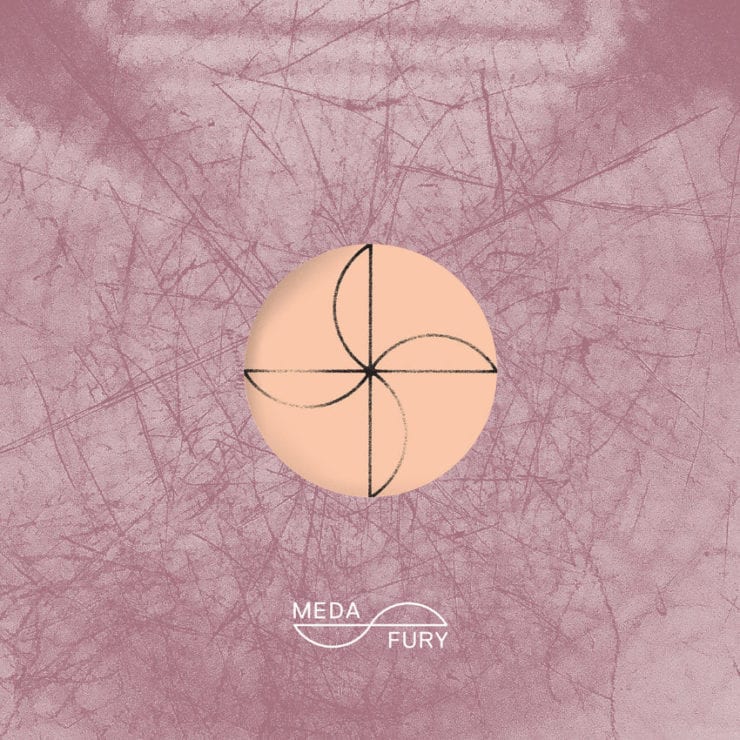 Meda Fury‘s latest release is certainly one that catches the eye. Nick Williams’ imprint has a proven record over the years of picking up some of the best artists in electronica, no doubt a skill honed through several years behind the counter at Phonica. Within its catalogue you’ll find the likes of DJ Seinfeld, Sad City, Gost Zvuk’s OL and Lady Blacktronika. The latest signing Bruise is quite a different prospect once you begin peering beneath the surface of this freshly minted moniker.

One half of Bruise is Christian Campbell – aka Sona Vabos – who cut a path remixing luminaries such as Todd Terry, Chicken Lips and The Black Ghosts, finding favour with DJs such as B Traits, Diplo, Kerri Chandler and Eats Everything. The other half is Darren House – aka Diesel – who all but topped the UK charts as part of Xpress2 with seminal cut ‘Lazy‘, as well as playing a part in several deeper classic outfits such as Ballistic Brothers and under the alias Yellow Sox. Between the two of them, they represent the best of nineties dance music – both its classic crossover into the mainstream and as pathfinders setting the marks for all others to follow.

Your first stop on their debut release ‘Presentation‘ EP will be ‘Jagged Angels‘, undoubtedly the ‘Music Xpress‘ realm of peak house music fun, full of angular Latino piano and apocalyptic choirs. However, it is absolutely worth flagging ‘Grand Hi‘ as a slow burning highlight.

Recent years have seen a wealth of outstanding house music producers infiltrate our consciousness, each providing excellent takes on the sound of yesteryear, however there is something that Christian and Darren hit on here, a certain legitimacy having lived through it. The chord progressions and emotive strings had me dialing back the years to a pre-internet time, on a regular pilgrimage to a record shop in Southend in order to find some of the tracks that Terry Farley used to evangelise in his regular Muzik house music column.

The remainder of the EP sits on the deeper side of the spectrum – something that shouldn’t be a surprise if you are versed with Xpress2’s deeper works, such as their ‘Late Nite Sessions‘ Ministry Of Sound mix or their stellar reworking of D*Note ‘Garden Of Earthly Delights‘. The best of these is the whimsical ‘Portrait‘, where the 808 break is firmly in groove – rather than taut – territory, teamed with misty pads and poignant chords.

With such experienced hands at the helm, it would have been unthinkable for the inaugural Bruise release to have been lacklustre, and yet it is genuinely pleasing to have it hit on so many emotional buttons as if it were a cat sat in front of a whack-a-mole machine. One moment you are pursing your lips in bass line appreciation, then wiping a tear from the corner of your eye, before dropping into a shimmy in your own personal kitchen based club.

While it is all too easy to drop in “and I certainly hope we hear more from this project” at this point as the world’s longest piece of punctuation, but the sentiment is deployed without a trace of cynicism and with the greatest sincerity. Roll on the next one.

‘Presentation’ EP is scheduled for release 19 June via Meda Fury. Order a copy from Bandcamp.