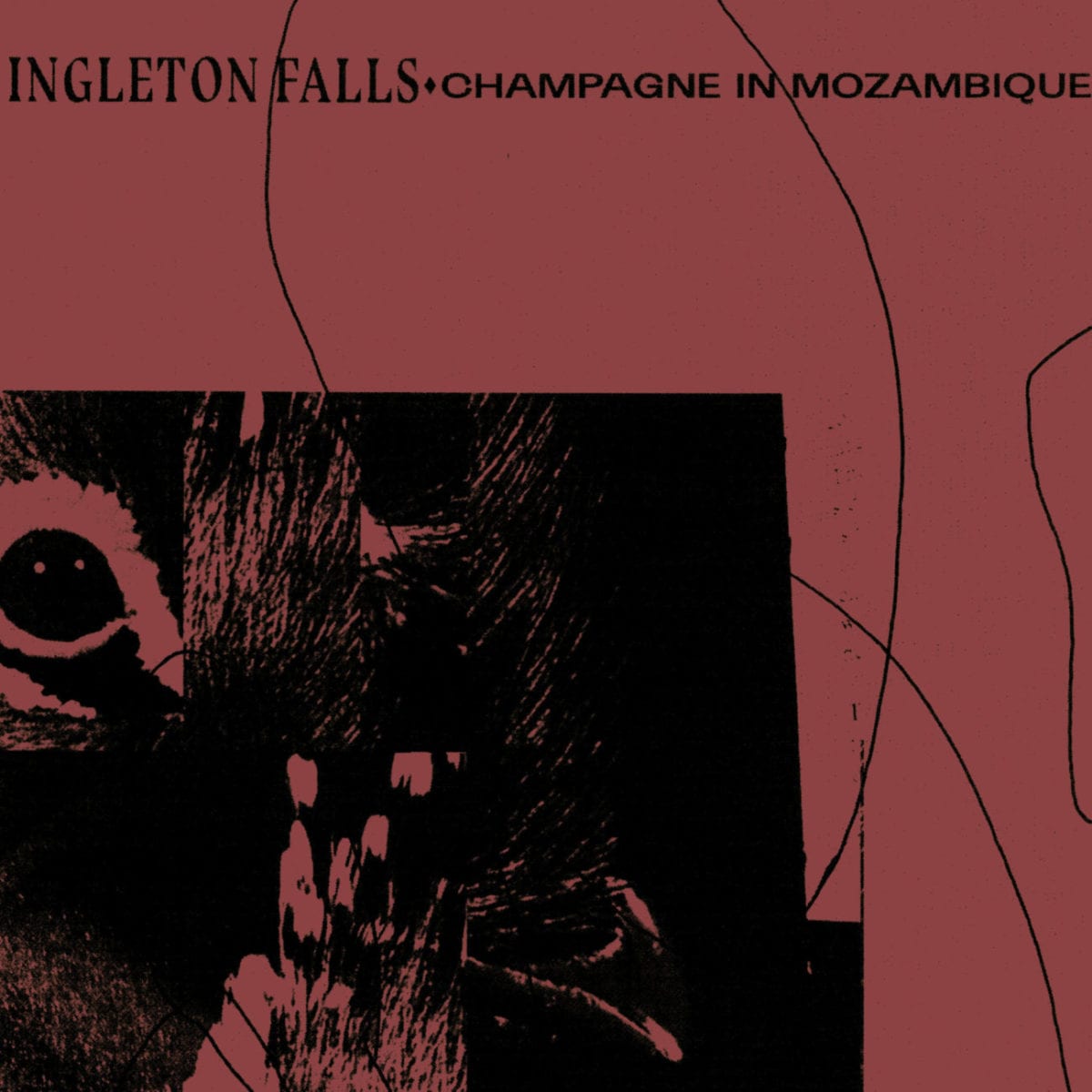 Pursuing its mission of reissuing rare records and unheard gems spanning from the ’70s to the early ’90s with remarkable consistency, this time Kevin Griffiths’ Adelaide-based imprint Isle Of Jura takes a plunge into the warm and fuzzy musical universe of Ingleton Falls, the short-lived project of Andy Hannam Seymour and Zoviet France’s Andy Eardley, who you may also know for their work as Horizon 222 alongside Ben Ponton, with releases on Sinister Cromwell Corp.’s branch ZZO.

Responsible for just a pair of confidential releases between 1993 and 1994, Ingleton Falls mainly made a mark with their now highly sought-after tape, ‘Champagne In Mozambique‘ – a five-track EP that Isle Of Jura first re-released back in October last year on cassette format and have now pressed on black plastic for the first time ever.

First things first, what immediately strikes is how well Eardley and Seymour’s sound has withstood the test of time, oak-aged like a great vintage wine. Perhaps is it the scarcity of the cassette on the second-hand market that’s protected it from the fading of too many listens, making it sound up-to-date with current aesthetics or is it the fashionable trend for retro sounds that gets to our eardrums but it sounds as crisp as an item removed from a freshly unearthed time capsule.

‘It’s Just A Hobby‘ kicks things off on a sustained funky note as the swift, rousing pizzicato of a feverish slap bass guides you into a restless maelstrom of crystalline chimes and turbulent riffs, before introducing a kind of Asian-folk friendly melody that wins over the mind to its dance-y frenzy. Hot off the heels of this spirited incipit, ‘Possessed‘ marks a departure from such pacey tempo and ambience, exuding a thick haze of ganjah flavours with its slo-mo skank, drowsy guitars and reverb-soaked piano chords cascading softly as your feet go bed-down mode.

‘She Felt Love‘ bounces back with a tribal-industrial mashup, trance-inducing to the fullest with its galloping drums, relentless ostinato and riot-arousing MC vox samples for an epic last-stand on the A-side. Flip the record and the much spacious, mind-expanding ‘High‘ welcomes you in a KLF-indebted land of Nod. A personal favourite, this lushly arranged slice of balmy, up-in-the-clouds instrumental ambient interlarded with ASMR-inducing vocals will have you zoning out in far-flung dreamlands in a gentle, velvet stroke.

Closing the loop, ‘Mind Yer Head‘ drifts further into ethereal downtempo spheres, this time replacing the male voices with graceful feminine whispers. High-pitched synths, bells and rippling pads combine to create a snug, cottony bubble, away from the stress of day-to-day hyperconnectivity. The perfect companion for both relaxing and more boogie-oriented moments, ‘Champagne In Mozambique‘ already holds its place amongst 2018’s most essential reissues.

Champagne In Mozambique is released via Isle Of Jura on 5th February, pre-order a copy from Bandcamp.

Discover more about Ingleton Falls and Isle Of Jura on Inverted Audio.