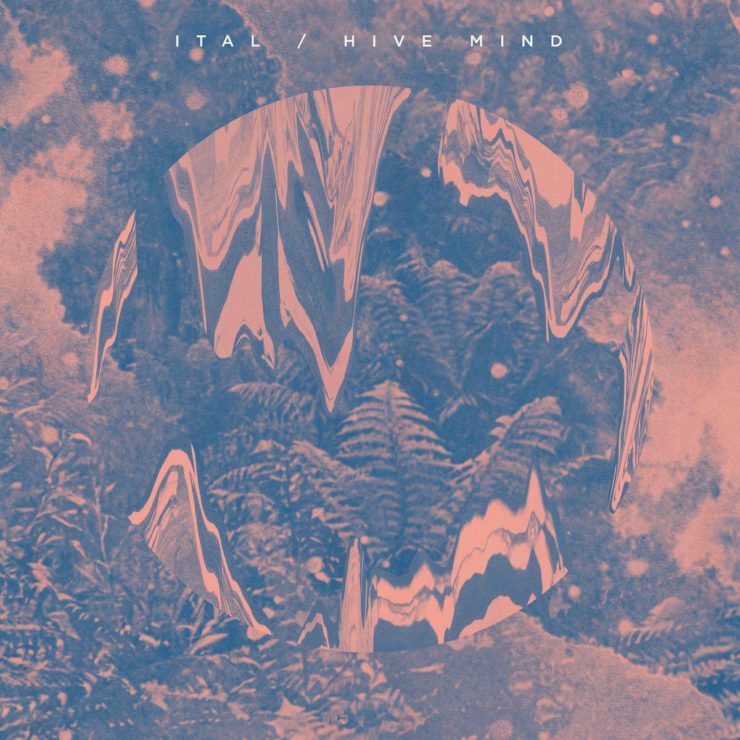 Quite in the same way that the pioneers of early house music in Chicago and Detroit made their voices heard with messages of hope for their community and fervent political opinion, Ital seeks a similarly existential outlook with ‘Hive Mind’, his debut album.

Those unfamiliar with the term ‘Hive Mind’ can do no worse than: ‘a group of people who act or think in unison as if they are all the same individual’. Mass global communication gone mad, it describes the way in which the collective forces its will over the individual, a notion that rings particularly true for our over-stimulated, internet-fried brains.

For Ital AKA Daniel Martin-McCormick, it’s a fear that is all too prevalent. Not that you could ever accuse McCormick and his fellow 100% Silk compatriots of following the crowd. Insofar his discography has seen him turn in a handful of mind-blowing releases for the LA-based label – as well as a superlative effort for Lovers Rock, backed up by a brilliant remix from a certain Hieroglyphic Being – in addition to his work under the Mi Ami and Sex Worker aliases, in which he’s broken the rules and subverted any kind of structure.

Much like the rest of his work, his debut album out on Planet Mu sees the basic blueprints of functional dance blurred to near in-distinction. His version of classic house, techno and industrial gets lent a hefty dose of unpredictability and intrigue. ‘Doesn’t Matter (If You Love Him)’ takes the dissenting vocals (of Lady Gaga might we add) mirrored in the track’s title and loops them insistently until all we are left with is a sinister abandonment of hope, a nihilistic mess or Ital’s own cry out for help perhaps?

Elsewhere, shooting lasers, an array of FX, tribal percussion and pitch shifts lend the track a sense of bodily dissonance, yet all the while remaining rhythmic and danceable – something that we’ve come to realise Martin-McCormick does like no other.

‘Privacy Settings’ hears humming drones, suggestive of planes flying overhead, intercepting synth horns and filtered vocals. The outcome is something haunting and entirely ominous, much like Ital’s doom-filled forewarning. Closing track, ‘First Wave’, might just be the most accessible track on the album, a heavy dose of Detroit beatdown and low-slung energy, yet try as he may, Martin-McCormick just can’t do things the structured way. The saccharine synth melodies stumble in-and-out of line over rebellious rhythms.

What’s most striking is the way ‘Hive Mind’ comes steeped simultaneously in fear and excitement. Fear, for what the collective euthanasia of a world glued to their screens may bring about and the excitement of a spirit that has evidently been born from the kinetic energy of true house music. It’s a mental trip through the cross wires of our (hyper)realities and our overworked minds, and without sounding too sycophantic, Martin-McCormick is a subversive for our times.