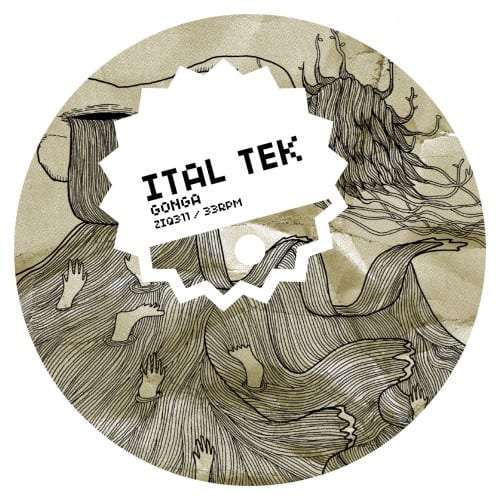 London’s dance music styles (and others the world over) are usually seen to cluster around a central BPM. But in some cases it makes more sense to categorise things under a vector: take the 90s flight from breakbeat house’s (relatively) measured tempos towards the pummeling excesses of latter day drum’n’bass, for example – a heady acceleration which may have felt like a voyage into space at first, until speed itself began to seem suffocating, burdensome. Perhaps by way of redressing the balance, the last few years have seen a general trend toward slowing down, from the temporal ambiguities of dubstep’s halftime/doubletime switchup towards an ever-more-sluggish 4/4 whose untapped potential lies in between the beats, not across them.Not everybody’s playing ball though. The injection of the footwork virus into the UK’s bloodstream is tugging creative minds the other way, prompting a reappraisal of the wilderness beyond 140. Leading the charge, naturally, is Planet Mu, whose championing of footwork has been the overwhelmingly dominant contributor to its recent global success. Recent LPs from Machinedrum and Chrissy Murderbot have shown a Stateside willingness to experiment with this new armoury of rhythmic and timbral signifiers, but UK producers have so far been slower to respond.

Enter Alan Myson, known to most as Ital Tek: a Brighton-based producer who’s hovered around the fringes of the scene since his 2008 debut Cyclical. Myson’s shamelessly tuneful takes on the various passing iterations of dubstep and hip hop have at times seemed a little over-serious, or else a little too in thrall to the zeitgeist. But with the Gonga EP he steps out into his own meticulously defined space, drawing heavily on the Chicago sound.

‘Pixel Haze’ will be most familiar to Myson fans – as the name suggests, it trades in rolling banks of digital mist, lovingly sculpted into melancholic harmonies. Dancefloor fiends, though, might want to look elsewhere for their fix. ‘Cobalt’ is much tougher, teetering on the brink of mechanised junglist dystopia but with that now-familiar rhythmic twitch. And the title track takes things yet further, subjecting a percussive sample to processing until it twists and buckles into an ascending arc, weaving in and out of rat-a-tat snares – pure, distilled tension stretched out over its four minute length.

Label head Mike Paradinas rounds things off with a remix of ‘Gonga’, taking its deferred climax to newly sadistic heights. The pay-off is almost worth it though: the track’s various elements burst into a totally spine-tingling percussive onslaught a frustrating 30 seconds before it finishes. With any luck this is a teaser for something big lurking just over the horizon.