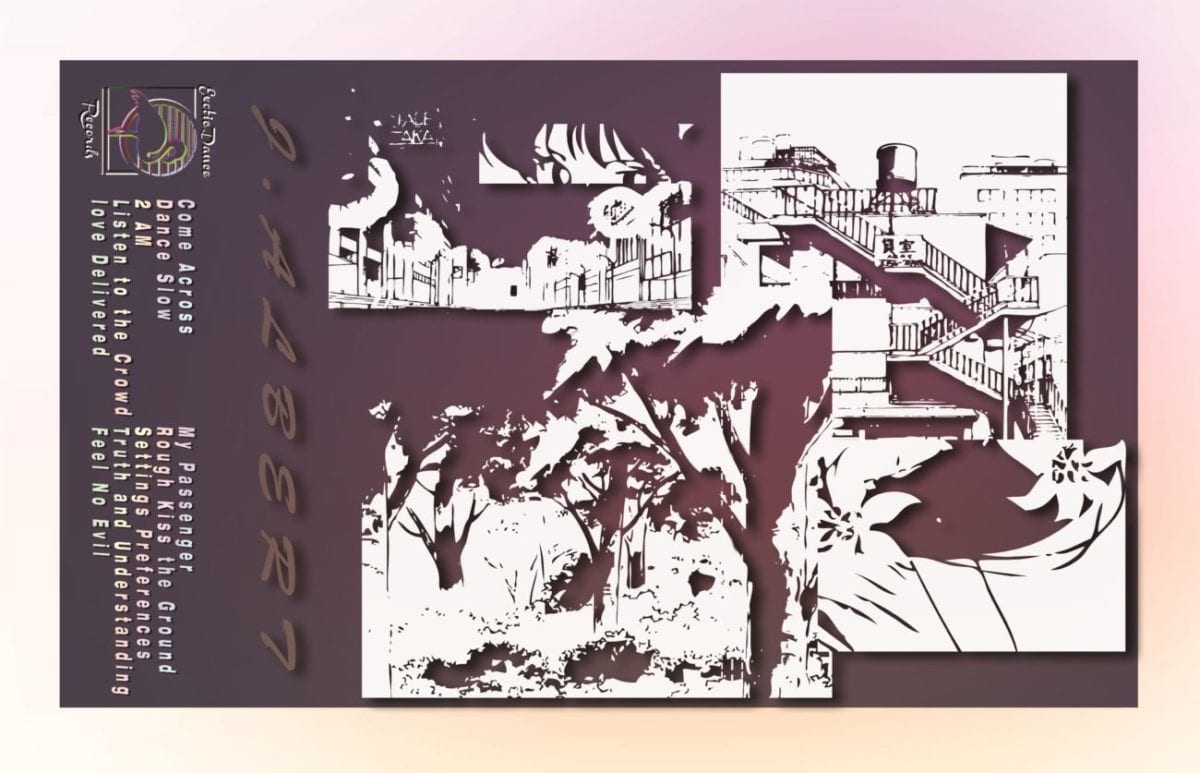 Many of the best electronic producers won’t be rushed, leaving fans waiting months and sometimes years for the next short dispatch (looking at you: Burial and Floating Points). Mostly it’s a good sign though, choosing quality over quantity, as a prolific artist is often one whose music is worth about as much time as they themselves put into making it, rehashing the same sounds or letting the quality control drop considerably.

Yet there are always exceptions. Brooklyn-based J. Albert, aka Jiovanni Nadal, has come out of absolutely nowhere in 2015 with a slew releases (four of them in six months) which have charted among the year’s most exciting music. On top of three excellent EPs (the recent Black Opal release was particularly winning) there was Dance Slow, a cassette album released with little fanfare on a new label in March. Here Albert’s sound encompasses some of the great contrasts of the house/ techno spectrum, veering from raw to melancholy, dreamy to sinister, dense to stark without ever breaking stride.

One of Albert’s favourite modes is a sinister vein of house-leaning techno (or vice versa) which trades in eerie samples and spare soundfields, such as on the mellow yet sinister Dance Slow, whose vocal is subtly manipulated over Spartan percussion. A similar trick is pulled off in more robust fashion on Rough Kiss the Ground, whose high-pitched whine and narcotised percussion prove a late highlight (though the track is presented in a fuller form with a real ending on Albert’s Untitled Black Opal 12”). Elsewhere the mood gets weirder, as on the unsettling synth endlessly looped over hollow claps and muttered vocals on Listen To The Crowd, or the single fluorescent tone that rattles uncertainly over a field of knife-edge snares and vicious hi-hats on album closer Feel No Evil.

These techno outings are moody and well-executed, but most of Dance Slow’s moments are when Albert steps out of the horror-movie frame. Opener Come Across is a glacial slice of deep house which is utterly consuming, as a synth wash drifts over glistening arpeggios, like staring at the stars from a gentle electronic sea. Later album highlight Love Delivered starts with a disco loop which is assailed by a blue-tinged melody with the force of a hurricane, providing an intense trip which is over far too soon. Follower My Passenger takes a stripped-raw acid line and shifts from rough to smooth, ending up with a reedy synth line and crystalline 80s-referencing melodies.

What is remarkable across Albert’s output is how comfortable he seems in different styles, shapeshifting across the great plurality of 4 / 4 dance, coming up with different sounds but setting a coherent tone which is all his own. Of course, we can’t know if J Albert is producing all this music at the rate that he’s releasing it, perhaps there’s a serious backlog of material, but very few new producers have announced themselves with such style and consistency in recent years. Dance Slow is not only a supremely accomplished album with a host of great tunes, it also looks to be the launchpad for a career which is about to – deservedly – take dramatic flight.

Dance Slow is out now, order the cassette from Clone.