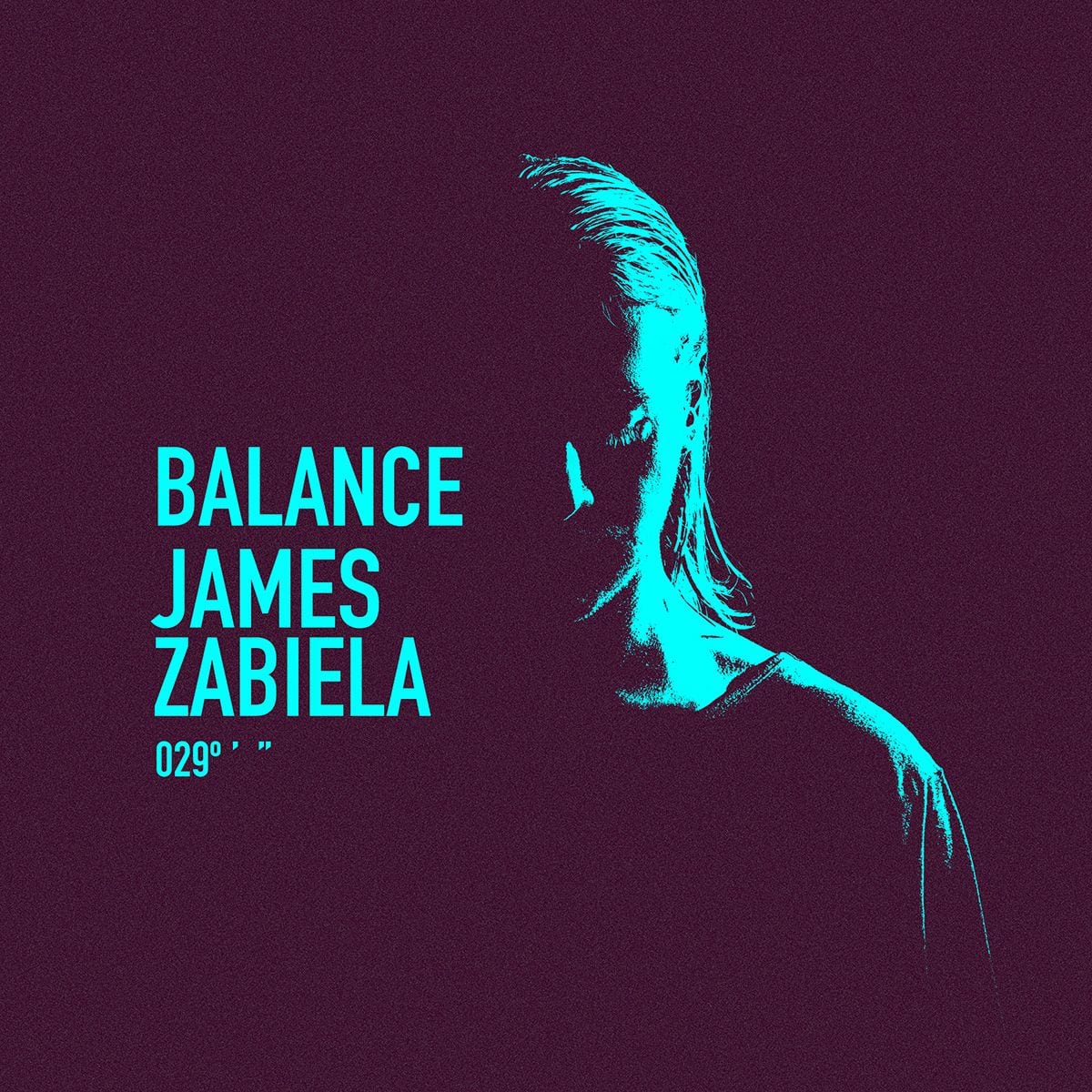 James Zabiela had the career progression that was the envy of every bedroom DJ. Brought up in a household that would often find its walls shaking to Detroit techno as an aural backdrop, a progression from guitar bands like Nirvana to working SL1210’s seemed inevitable.

Bedroom sessions were locked down on CD, handed out at Bedrock – in its days hosted at London’s Heaven – before finding their way into the car system of none other than Sasha. As if to consolidate this stamp of approval, he found himself achieving the coveted Bedroom Bedlam mix of the month in the long departed – but fondly remembered – Muzik Magazine.

Before long, James was working dancefloors and building a reputation as an incredible technical DJ. However it wasn’t just the technical attributes that was the key to his success. In a progressive house dominated scene that was gradually producing itself into a corner, his blends that pulled in the finest of deep house, techno and breaks really caught the imagination.

This prowess was encapsulated on his first commercial CD “Sound In Motion” on Hooj Tunes, one of the saddest victims of progressive house’s implosion. Deftly skipping between genres, it delighted casual listeners, while the technical enthusiast found themselves pouring over James’ detailed mix notes of every blend, EQ and strategic decision.

Successive mixes then followed on the Renaissance series, each one showcasing a new facet of technical mastery. ALiVE saw James take to CD decks in an era that was still heavily skewed towards vinyl, turning out a passion piece that pushed the technology to the limits, achieving techniques that are only recently standard features of the digital rig with sheer flamboyance.

‘Utilities‘ then followed, adopting Ableton Live for the first CD, a relative first use after its capabilities were flagged to a wider audience by Sasha’s Maida Vale session for the Essential Mix. Subsequent sessions saw James move towards leftfield sounds and his own productions with a greater focus, before a greater emphasis on his Born Electric label and the rigours of touring saw a line drawn under the commercial mix expeditions. 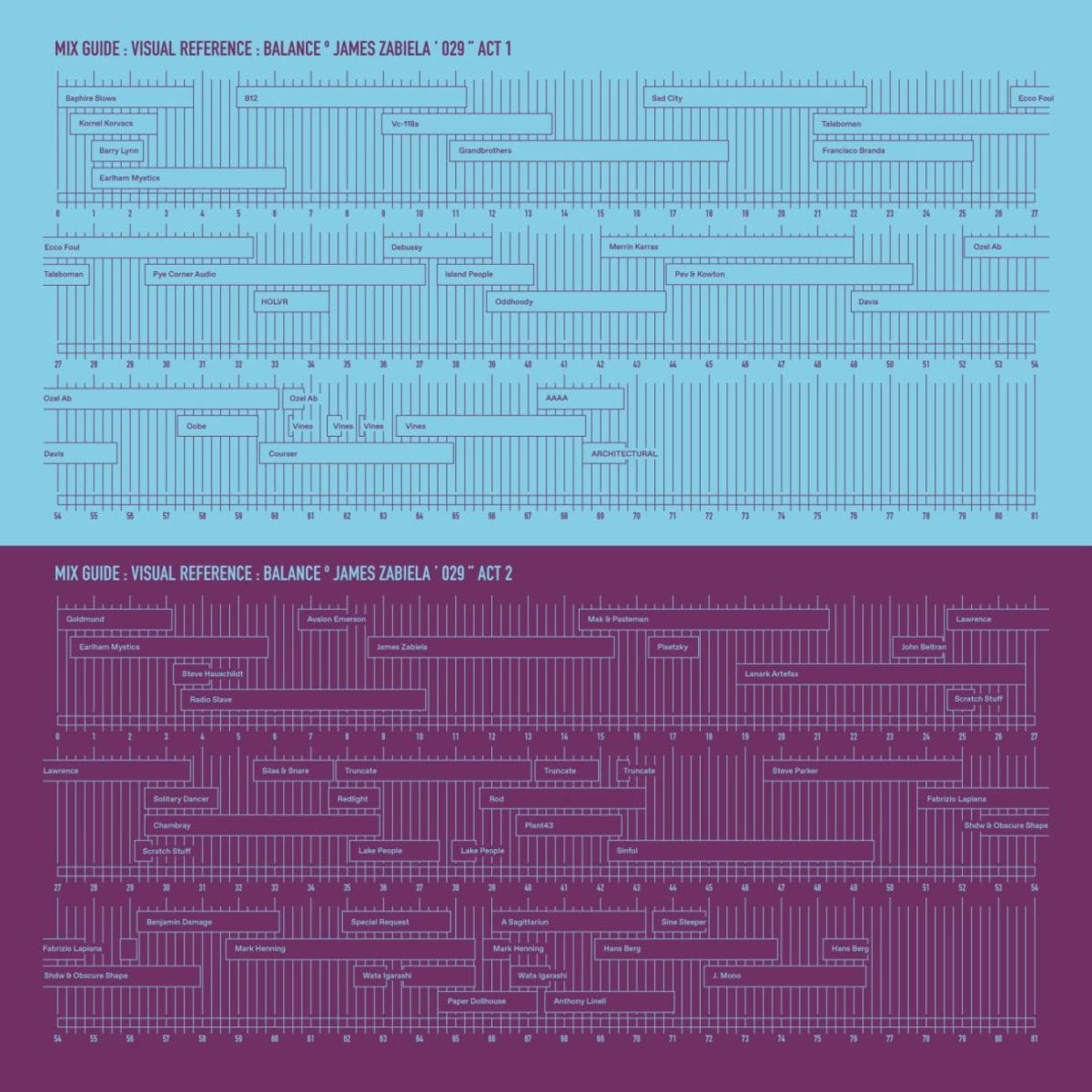 Five years on from his last studio session – the final part of his Soundcloud hosted Paradigm Shift series – he makes an appearance on the Balance series with a masterclass. The process of constructing this two CD session was, by admission, a cathartic processes, mixing together live sequences on a controller with macro editing on Ableton.

The track listing is littered with just about every artist and label you could ever want to hear from, while the execution never suffers from over-engineering. Where tracks need to breathe, they are allowed to breathe, while others seamlessly act as supporting embellishments. This is often the downfall of many crammed to the rafters DJ mixes, where the life is squeezed out of normally outstanding tracks.

James tends to mix in little movements, rising to little crests of serotonin. Titled “Act 1”, the first CD steps off with sweet downtempo electric moments that flourishes with the empathic piano led ‘Bloodflow‘ by Grandbrothers. Allowed to play out in entirety, the subsequent dissolution into Sad City ‘Steady Jam‘ and, following this, Talaboman ‘Safe Changes‘ is entirely rewarding. You emerge, eyes sparkling and resolute, for the angular bleeps and acid session that culminates in Second Story and Appleblim’s reworking of Debussy ‘Reverie 68‘. Again, this peak allows you to melt right back down again, stepping through some terrific emotional electronica.

Act 1 finishes with James’ own ‘Vines‘ taking central stage, it’s emo-glitch flanked by the acidic flourish of AAAA ‘Jazz D‘ and the gaseous swell of ARCHITECTURAL ‘Cubismo 8.2 (Lost in Buenos Aires I)‘. It hands over the baton to “Act 2”, which feints to continue in this vein. However, we are swiftly sidestepped into ragged breakbeats, iron core acid grooves and driving progressive house.

The first payoff in this session comes as one of 2017’s best tracks in the form of Lanark Artefax ‘Touch Absence‘. James’ ability to switch out from the 4/4 template at will works wonders here as an incredibly dense passage, in terms of sequencing, follows. Some stern and hypnotic techno is embarked on, navigated with grace, before arriving at a final stretch of throwback angled tracks that would not have been out of place on Sasha and Digweed’s pacesetting Northern Exposure series.

It feels like the time is just right for this mix. Balance has slowly been emerging from the shadow of the scene eclipsing Global Underground series with a succession of acute steps over the past few years. The music scene in general has, after finally ceasing the compulsion to produce itself into stifling niches, begun to welcome back maligned genres, if not directly calling them so by name.

Commissioned mixes have been through their driest 12 months in recent memory, creating a palpable appetite for something fresh and lavish. James Zabiela’s ‘Balance 029’ is beyond a marker for a brand new year, it is a brand new star in the most exclusive of constellations.

James Zabiela – Balance 029 is out now, order a copy here.