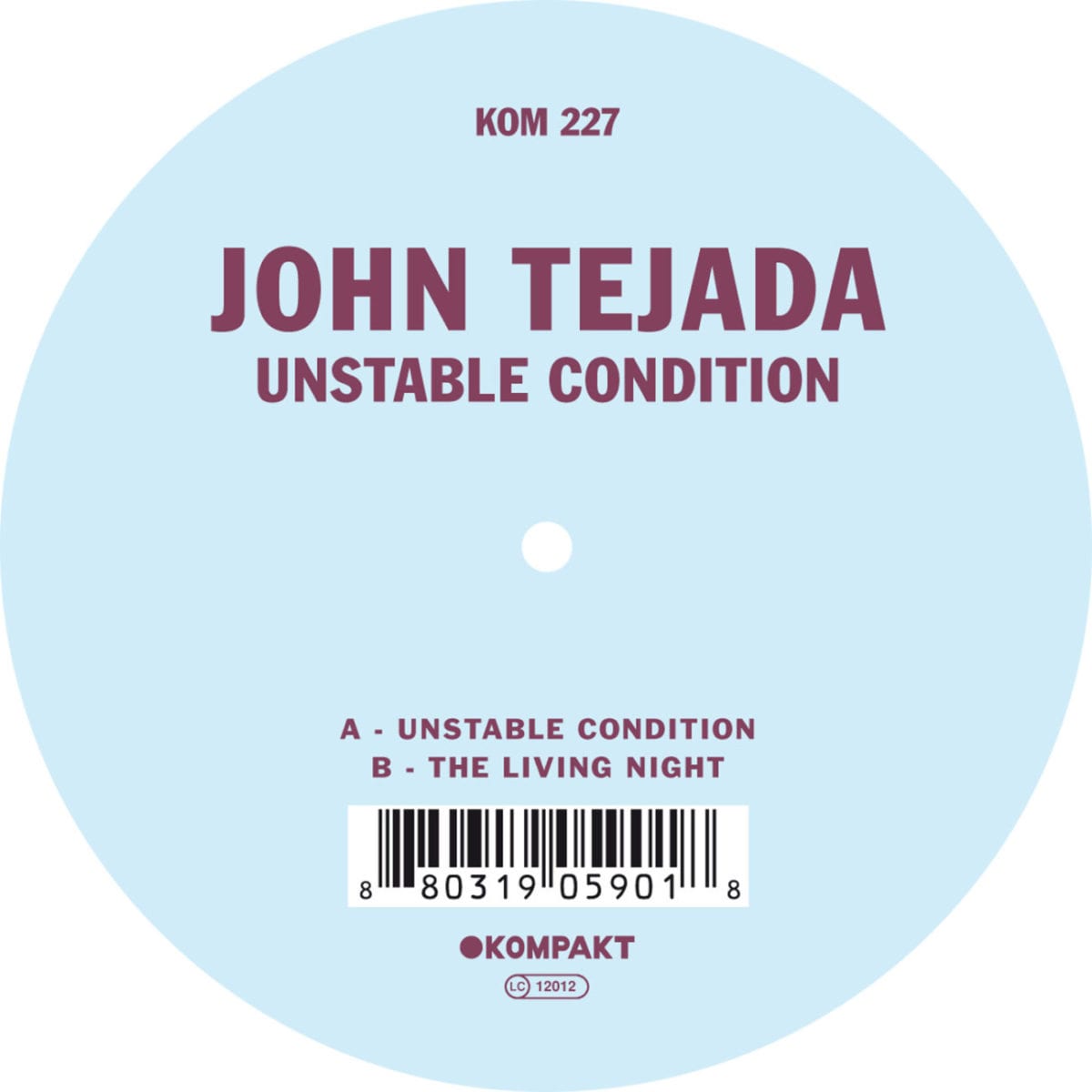 After years of releasing tunes on labels like Plug Research, 7th City, Generations (R&S), and ~scape, LA-based producer John Tejada‘s latest batch celebrates his time-honored craft of deep techno and house, albeit with a fresh twist. In his debut single for legendary German imprint Kompakt, it is more than apparent Tejada sought deep solace in the melancholy of 90’s IDM and experimental acid-techno.

Stylistically, it marks a far cry from the commercial success of 2004’s ecstasy-laden tech-house jam ‘Sweat (On the Walls)’. Nonetheless, Tejada’s efforts are still directed towards serious dancefloor impact.

‘Unstable Condition’, as the lead take, is a melodic, more sober reminiscence of Aphex’s ‘Polygon Window’ alter-ego, before turning a dark, detuned corner into late night tech-house. Whilst it’s less complex, austere and sophisticated than Richard D. James’ works, it will ignite dancefloor memories for the initiated, and open up new (and old) doors for others.

‘The Living Night’ is a pretty outing through delicately ethereal synths and dough-like bass, with a straight rhythmic backbone providing its nucleus. It’s a refreshing breath of IDM-tinged techno, which slowly melts away into the early hours of 1993. It runs similar, but less manic and unrestrained waves to the housier moments of AFX’s classic ‘Analord’ series.

A digital exclusive,‘Tropical’, runs true to the rest of the release, as thick portamento brings bassline ruckus, while 808’s bang and cymbals glimmer. Percussions simmer over simple chords and distant arps; skipping along like a mid-paced stroll in the sun.

Whilst Aphex’s acid techno detours serve as a large reference point, any further comparison between the two producers is futile. Tejada’s sounds are lighter and less fragile than the aforementioned, and his productions are designed to put clubbers to work in large cavernous rooms. ‘Unstable Condition’ certainly achieves these ends.

As such, Tejada ignores the spasmodic ends of techno’s extremes, and instead focuses on accessibility, rather than alienation. With this in mind, some purists may say the finer nuances of electronica’s past have been ignored; whereas Tejada would argue he’s brought new life to a battered sound.

With yet another LP slated for the latter half of this year, John Tejada is sure to continue developing his broad and ever-prolific output.