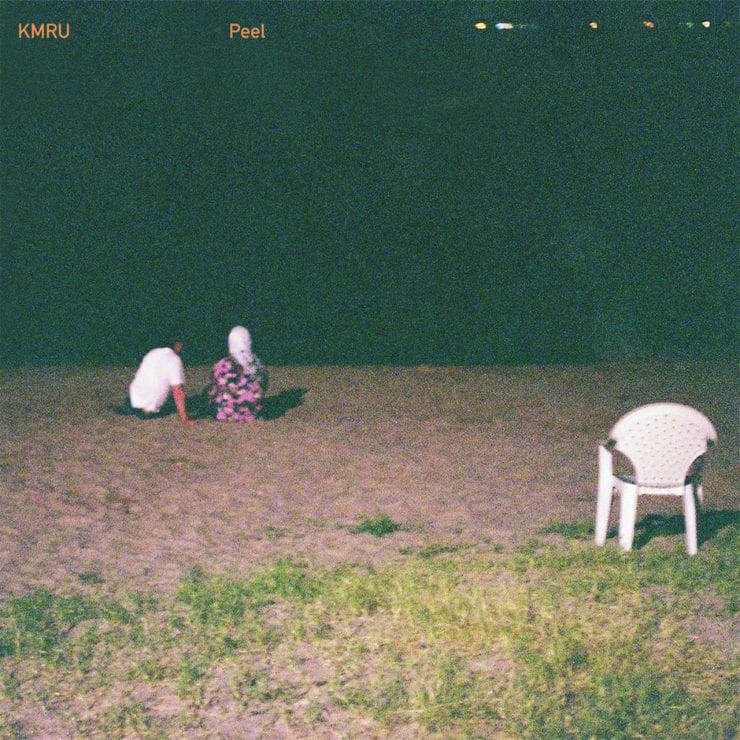 Ambient music has to be one of the natural winners of COVID-19: with the clubs shut and people restricted to their homes during the early lockdown period, it’s perhaps only natural that this peaceful and rejuvenating genre has seen a surge in listenership.

With a number of excellent releases and reissues within the genre landing, there’s something of an ironic paciness to the onslaught of recent ambient music. With that in mind, dial your mind back to late July, when Kenyan composer KMRU dropped one of the most significant records in the genre in recent months.

Joseph Kamaru is picking up a lot of well-deserved attention. With a swathe of one-shots on his Bandcamp, including his excellent self-released ‘Erased‘ EP, plus a further album on Dagoretti, there’s plenty to sink your teeth into.

However, ‘Peel’, KMRU’s debut release via the lauded Editions Mego, is something of a gem in the musician’s repertoire. More of a verb, or even a command to its listeners, ‘Peel’ is the kind of album that lifts back the veil of the corporeal world.

Clocking in at over an hour in length, the engrossing compositions on ‘Peel’ form an intangible layer over reality. Embodying the nature of work by Brian Eno and Yoshimura, the music is perhaps not a focal point, but an embellishment of the natural environment for those who wish to pay attention to it.

To add to the praise, it seems impossible not to mention William Basinski in relation to this work. Just as with the legend’s most lauded releases, KMRU has built this album on the backbone of seemingly endless melancholic loops. It would be cruel to draw the comparison were the music not on par with Basinski but, frankly, it is.

KMRU achieves this through the application of two fundamentals in ambient music: the depth, and the length of each piece. Beginning with ‘Why Are You Here?’, the 15-minute nosedive into the album is as a black hole sucking you in, and there’s little in the way of release from this grip over the next 50 minutes.

The third piece of the puzzle, as it seems to us, is the compositional structure of the album’s component parts: ‘Why Are You Here’ and ‘Peel’ (another stretch, at 23 minutes long) bookend the release, and as the album courses on it becomes apparent that there is a sort of faux-symmetry in the running order: ‘Well‘ seems to be something like the inversion of ‘Insubstantial‘, and ‘Solace’‘s febrile intangibility finds the yin to its yang in ‘Klang‘, easily the “heaviest” track on the album.

There’s an undeniable magnetism to ‘Peel‘. As the music seems to stretch on into infinity, within each moment there’s a forest of detail that swells into view upon attention, borne from the multitude of audio sources the artist has used. The cumulative effect is nothing shy of audio hypnotism: raw, emotional outpourings of sound that rest on the ears like a suggestion.

‘Peel’ is out now via Editions Mego. Order a copy on Bandcamp.