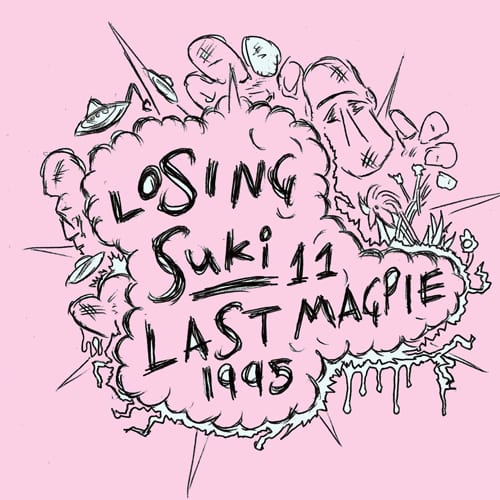 After last month’s excellent Who Knows Where The Love Goes on Hypercolour, Last Magpie returns to its sister label Losing Suki for another diverse offering of house and garage; proving the new producer to be as impressively varied as he is prolific. The anonymous Leeds-based producer lives up to his namesake in delivering a wide range of styles that sometimes sound dubiously familiar to existing tunes (we are told on his Facebook page ‘I hear a vibe and steal it!’) Nevertheless, the man has a way with vibes and these tunes are unique and snappy enough to stand their own ground. The EP kicks off with the sharp and colourful title track; all ravey stabs and soft pads that stop just short of retro 90s territory because of the heavy sub-bass and knife-sharp percussion.

The rest of the EP is a more downbeat affair, but don’t be fooled because the middle of the release contains some of Last Magpie’s best work to date. The clear EP standout is Hypno, where the house vibes are dropped in favour of dubstep rhythms and moody woodblock beats over deep atmospherics and a rumbling bassline. This one really nails its low-key mood, and leads perfectly into Roots, with more than a nod to 90s garage with a shuffling 4/4 paving the way for a monstrous bass that just won’t quit. It’s a nice bit of revivalism but after 4 minutes of this one you’ll probably have had enough. On Fallen, the least dancefloor-focused of the offerings, Magpie once more proves his deft skills at mood; with some more throaty bass successfully holding court over eight minutes alongside twinkling synths and distant vocals.

But before I conclude, let’s get back to that name. We’re told that he quite happily pilfers vibes from his contemporaries, and this would be all well and good if it was just the vibes that were being pilfered. The vocals in 1995 will remind more than a few of you of these two tracks, while the deep mood of Hypno is certainly reminiscent of Sei A’s wonderful You Can Bring from earlier this year. If it’s all sounding a little dubious, wait until you get to Fallen, which wholesale rips the bassline from Last Magpie’s debut No More Stories on Losing Suki. I don’t think this is a huge issue, the guy clearly can still craft a good tune, but I guess I’d feel a little happier giving credit to someone who took the idea of innovation and sportsmanship a little more seriously.