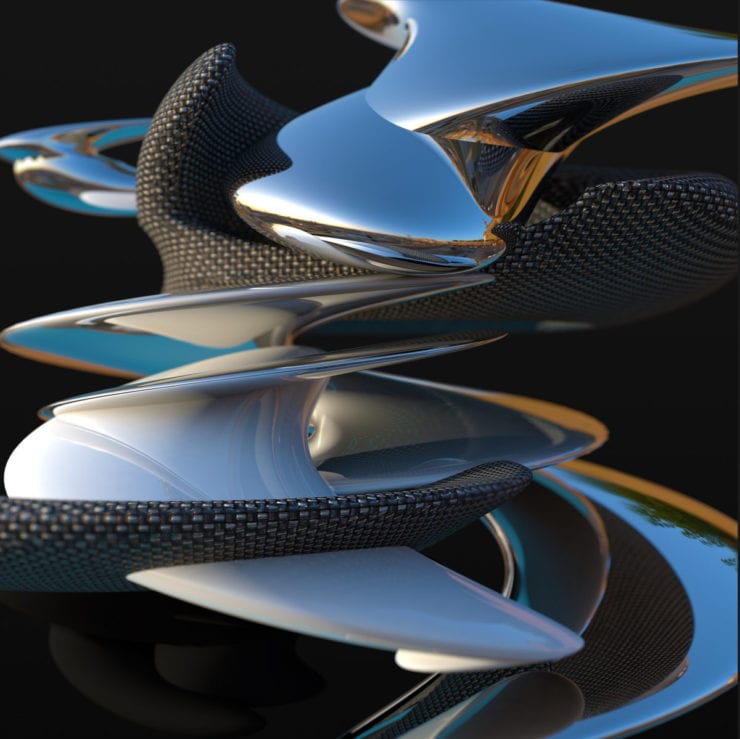 There comes a point midway through “Moscow”, the third track on ‘In A Paraventral Scale‘, that seems to crack in two. The opening couple of minutes are led by what sounds like a plucked string played at a turbo charged BPM. The notes are so close together they congeal into a drone, like the information mash that comes with scrolling a Facebook feed too quickly. Friends’ lives reduced to screen blur.

At just over the two-minute mark the track snaps into an icy jungle beat, dominated by a lead line shifting so consistently it induces anxiety. The transition between the two halves jars like a Spotify algorithm gone rogue. If it wasn’t for the reappearance of the plucked string sound late on, the parts would seem unrelated.

Contemporary club and playlist culture are fixated on flow and smooth transition. Beats matched, tracks gracefully faded into each other, genre boundaries firmly adhered to. An escape from constant disruptions and interruptions of our lives, whether it be the insecurity of rented accommodation or a phone never on silent. Throughout ‘In A Paraventral Scale‘ however, Gamble avows those relentless disturbances.

Lee Gamble’s music has always taken on impressive scope, in the concepts that shape it and the sounds themselves, from the rewired rave tapes of ‘Diversions 1994-1996‘, to the rhizomatic beats of 2017’s ‘Mnestic Pressure‘. ‘In A Paraventral Scale‘ is the first part of ‘Flush Real Pharynx‘, a triptych being released via Hyperdub throughout 2019, accompanied by a new audio-visual live show. According to Gamble, the work is a “sonic documentary”, aiming to explore the “three stages of the Semioblitz” – the aggressive onslaught of visual and sonic stimuli of contemporary cities and virtual spaces.

To that end, the opening tracks conjure a sense of benign utopia. Technological innovation understood as fundamentally connected to positive progress. “Fata Morgana” is an ambient overture, coming across like computer generated music to be played in a church. Second track, “Folding“, beautifully weaves synth arpeggios and glassy melodies together, the closest Gamble has come to a new age piece.

Significantly, under the almost cloying patterns a hi-hat hit creeps in like a sped-up clock. The counterpoint adds a subtle urgency, perhaps a reminder of time wasted in the social media ether, or work deadlines creeping into leisure time.

From there on the album steps into “Moscow”, and the mood seems to shift, the record becoming more disorientating. “BMW Shuanghuan X5” arranges race car sounds into bizarre, increasingly ominous orchestral swells. Chant collides fragments and sound effects together in disjointed frustration over its mournful synth melody.

The sense of collage through collision continues with “In the Wreck Room“, simultaneously the releases’ most dance floor facing and most unsettling track. The production revels in an almost metallic synthesis. Hi-hats reduced to mere clicks, kicks and synth patterns of cold functionality. The feeling creeps in that the ghosts referred to in the disaffected vocal loop are something far more abstract than just dead ancestors.

Gamble’s earlier albums are often labelled with the likes of the Caretaker and Burial as hauntological, shaped, whether deliberately or not, by a sense of a stalled history and a nostalgia obsessed present. ‘In A Paraventral Scale‘ however, simultaneously breaks the pattern of nostalgia, and exposes what that melancholic fixation was covering up.

‘In a Paraventral Scale’ is out now and is available in vinyl and digital formats. Order a copy via Hyperdub.