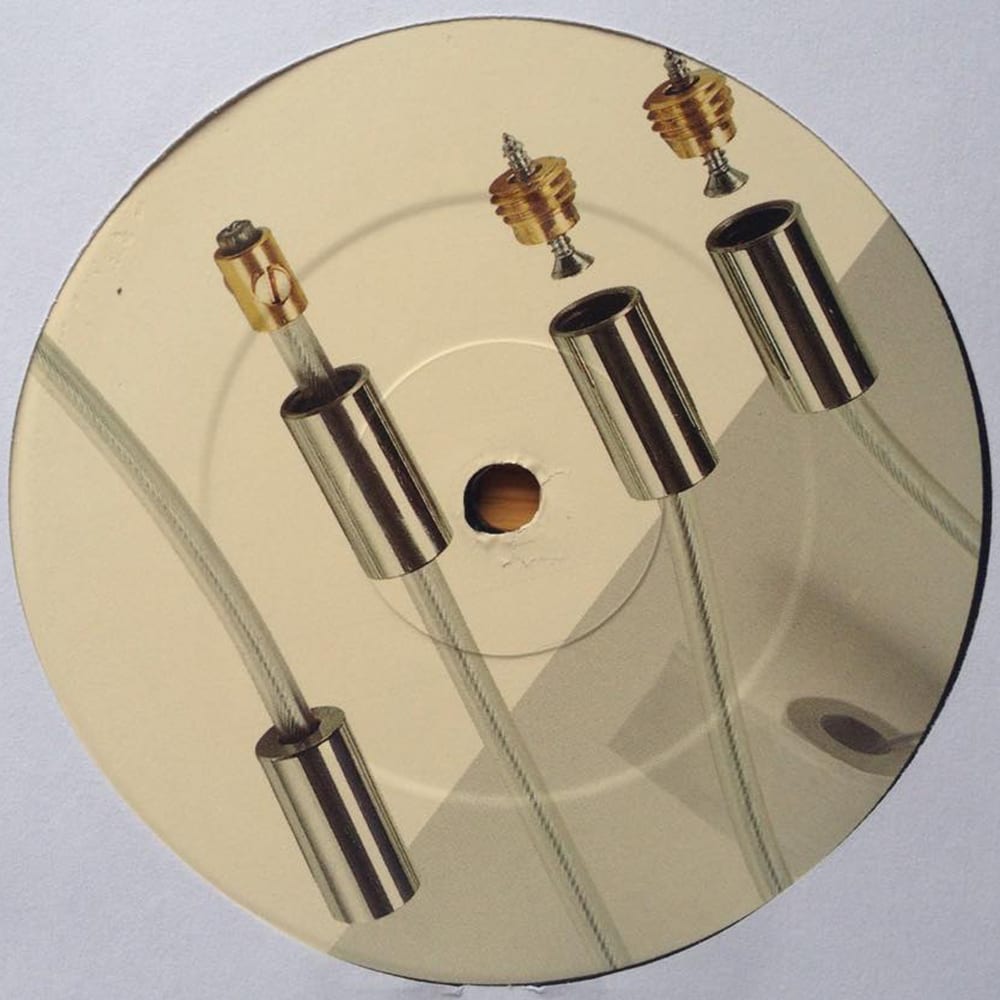 A tweet last week, from Pitchfork’s Philip Sherburne on the topic of the validity of vinyl only releases in 2015, was given added credence when Levon Vincent subsequently dumped 320kbps mp3’s of his hotly anticipated self titled LP on WeTransfer and shared it via social media. While there is a discussion to be had there, it is a debate best kept elsewhere [my take in short: I get why, what connotations exist and think there is a place], leaving the focus on the package in question.

Levon Vincent seemingly comes from the same school of thought as Philip, standing against the marketing badges of limited runs, coloured vinyl and lo-fi nostalgia. Anti-corporate music not only in name. With the 4 x 12” release asking for £30 of hard earned on these shores and large runs of vinyl firmly in the court of major label Record Store Day re-pressings, there was always a chance that this album was going to be experienced by most through an earnestly ripped torrent, while those desiring a physical copy ending up at the mercy of the Discogs marketplace. The answer was obvious; rather than exclusive, Levon went for inclusive.

And so here it is. You, like myself, are probably already listening to it, discussing it and perhaps even sharing it around friends and acquaintances. Before you are ready to roll out the piracy debate and the impact on sales, none of this seems to have dampened enthusiasm for the physical release with pre-orders selling out at all the usual retailers. In fact, those sitting on the fence about such a weighty purchase may have very well been tipped over the edge by such an astute preview, and it is such a step would only work for a sliver of worthy artists.

Diving in, it quickly becomes apparent that Levon has made the transition to the long player with aplomb, avoiding the common pitfall of altering technique in order to unnecessarily fit in with some awful misconception of “what albums should sound like”. Rather than run down a hit list of aspirational collaborations or applying cloying layers of sentimental soundtrack lacquer, Vincent’s template is as deliciously nude as ever. It takes a brave man to pluck out the minimum of raw synth sounds for a palate. However, it takes a master to do so and then be able to assemble in compelling fashion.

With this bare bones approach of drawing life from classic machines from times gone by, it helps conjure up the same sort of atmosphere as that from synth pop’s founding roots in the early eighties. This is evident most in the bookending duo of “The Beginning” and “Woman Is An Angel“. The former tells a thousand heartfelt stories with its electronic strings and a kick that wanders to and from prominence at will, the latter comes across like a long lost archival gem, straddling dub and Detroit tones in a triumphant finale that deserves to be referenced in decades to come.

However the format has seen a broadening of scope from Vincent, with tracks that drop the shoulder out of nowhere and drop into unseen tangents and codas. Take the stunning and sprawling “Launch Ramp To Tha Sky“ as the supreme example; it sets out its stall like many of the tracks, as a sublime piece of music that exists in the twilight between house and techno, that is happy to ease along with the simple patter of frozen xylophone melody.

This lasts until a completely unsignposted final last third, where the track shifts into soulful and then acutely electric organ arpeggio – serene then dramatic. As this develops, you are suddenly and savagely seared by fairground scales before everything devolves into grandiose opera, defying expectation and description. If you listen to this for the first time half aware, distracted by the real world mundane, nothing will ever recreate that first moment the rug is torn from underneath your feet.

Withdrawing the superlatives for a second, not everything quite goes to plan. “Small Whole Numbered Ratios“ threatens to evolve into what you hope would be this generation’s Strings Of Life. Threatens. For a whole nine minutes before slinking away like a school bully exposed, stood up to and stripped of power. It is the one instance where you are presented with The Pledge but The Turn never manifests and leaving you shorn of The Prestige, to reference Christopher Nolan‘s take on the novel.

The entire hypnotic mechanical grind is much better served on “Junkies On Hermann Strasse“, the percussive concrete clang crumbles halfway through and dropping into silence before rising from the ashes with a doom laden lead. Bar that moment, everything leading up to it carries itself with delicacy but also weight, signifying an understanding of dynamics that you would usually pin to the likes of Terre Thaemlitz, followed by that grandstand finish to wipe a slight wince away.

In his debut, Levon Vincent has set out every pitfall on a wall and shot them away with unerring accuracy. The delivery of the album has become the talk of the internet and the content will deservingly forever outlast the quick to fade thralls of social media. Whether it is digital or physical, this has to end up in your collection.