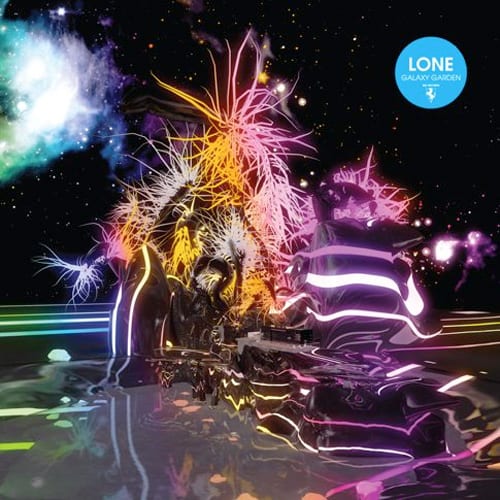 Matt Cutler is a shy guy. I had a phone chat with him last year and he came across as quite timid, if a bit reserved and modest. This may partly be due to his inexplicably young age, something you would never imagine if you flicked through his already substantial discography and its extraordinarily high level of quality control. His taste for the more ravey and hardcore side of things all started after seeing the music video for Prodigy’s ‘No Good Start The Dance’ way back in 1994. Since those early salad days, he’s slowly eased his way into the picture of the UK dance scene with Everything Is Changing Colour, Lemurian, Ecstasy and Friends and last year’s EP on R&S Records, Echolocations. In what turned out to be his most fully realised work to date, the Belgian label invited him back for a full length release.

Ahead of Galaxy Garden’s release, Cutler came forth to give his opinion on his new work, stating that ‘I just want to give myself a certain feeling and hope listeners get the same thing. It’s the point when the hairs on the back of your neck stand on end and you get that shivery feeling. My only aim is to get that feeling for myself, it’s almost magic. It’s a physical reaction from something, it’s totally weird. If people can feel that, it would be amazing’.

Although not produced primarily for the dancefloor, Galaxy Garden still possesses that infectiously more-ish and ‘almost magic’ quality that permeated Rustie’s genre-defying album Glass Swords last year. Cut from a similarly diverse and cosmopolitan cloth, what’s perhaps most impressive with Galaxy Garden is the sheer number of genres that are amalgamated together into a thrillingly cohesive whole, whilst still carrying Lone’s characteristic themes of whimsy and celestial auras that galvanise all ten tracks.

We are treated to sleek and glittery 4 X 4 drum kick patterns and chimes that create a breezy carnival-esque vibe on opener ‘New Colour’. And the littering of joyful abandon continues through ‘The Animal Pattern’ thanks to its melodic, glistening synth lines that swoon up and down. ‘Lying in the Reeds’ and ‘Dream Girl/ Sky Surfer’ both feature jangly percussion that somehow, in amongst all of the chaos, morph themselves into delicate and ethereal mood pieces.

In short, Galaxy Garden is best described as a soundtrack to a euphoric all-night rave in the Garden of Eden, what with the tropical early-acid chords, tribal percussion and sparkling twists, perhaps best encapsulated by the evocatively named ‘Dragon Blue Eyes’ and Vangelis-aping ‘Raindance’. With other song titles that include ‘Crystal Caverns’ and ‘Stands Tidal Waves’, the album is imbued with a distinctively cinematic aesthetic. Accompanied by the bold and trippy artwork, all fluorescent squiggles and Northern Lights, we are presented with more of an emotive 3D experience than any flimsy glasses in a cinema could hope for.