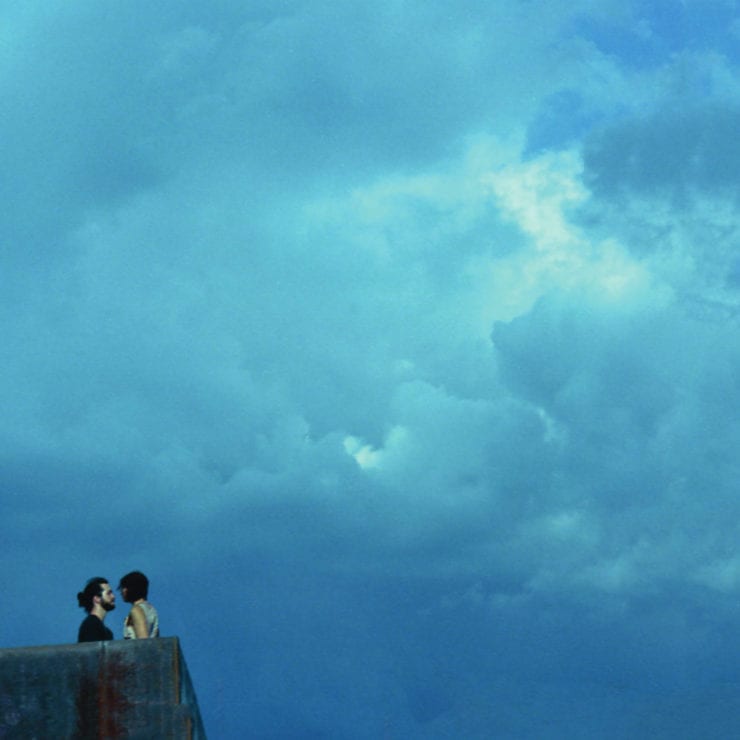 Marco Shuttle is a talented producer and a skilful DJ – often labelled lazily as “techno”, his productions are varied, quirky and not always dance-floor-leaning, while his sets often veer on downtempo, house & IDM. However, his latest outing via Eerie  allows us to rediscover two previously Discog digger club-focussed tracks.

Eerie has maintained a small but conscious output in the past few years and this release comes almost  one year after the incredible “Mindless Fullness” EP from Donato Dozzy. The Vox Attitude is a before-its-time floor classic repressed in a luxurious 2LP accompanied by remixes from Atom™ and Pessimist. This volume follows efforts by Joey Anderson and Pangea in 2013 after its original release on the now defunct Swedish imprint Faerden.

The Vox Attitude is contemporary, crisp and comfortably at home in 2019. Broken beat crossover house-techno utilises a Barbara Roy vocal sample which induces a definite party vibe. Despite the intensity of the vocal loops in the middle of the track, you can identify its effectiveness for the club. It’s surprisingly Bristolian, stepping clap-happy intro could lure you into presuming a Livity Sound or a Timedance affiliate is at work. Remarkably there is no sign of the usual anxious melodies served in Systhema or Visione and feels removed from his usual atmospheric inclinations on Eerie or Bunker. This is straight up fun!

Shuttle, in addition, pleasingly converts the original into a much more appetising affair with a “To the Bone” remix. One word: Oof. All that’s good about techno: energetic, powerful and boomy. A full journey into one man and his drum machine that displays no signs of relenting; stompin’ kick drum, hi-hats and filtered snares accompany you from the 1st to the last second. You can almost imagine the track appearing in a Honey Dijon or a Function set. Full power, pressurised goodness.

Atom™ aka Uwe Schmidt, contributes an acidic, vocal-driven remix showcasing trademark minimalism and expert production. Better known for his collaborations with Tobias/Pink Elln, Schmidt also adopts to retain the broken beat and reimagines the track to something more sinister. He brings back those spooky Shuttle-esque melodies together with crunchy claps and a mutated alien vocal grunt.

Spaziale [space in Italian] in contrast to Vox Attitude is a tricksy techy track, lurking its way through Perlon percussion and luscious Larry Heard style keys. Spaziale diverts slightly back in the direction of Shuttle’s tribal vibes, reverberating, eerie melodies and acid baselines with transportive qualities. Both original tracks come in over 10 mins; a common sight from the Italian’s production as well as his proclivity to create slithering, slinky rhythms. It’s a strange kind of pulsating track; potentially adopted by Villalobos et al. or blasted out by a resident at Tresor.

Quite fittingly, an integral producer responsible for reigniting the hybrid dub, techno and drum & bass sound, is offered the opportunity to convert Spaziale into something full of raw electricity. Pessimist delivers a gristly, crackling version and in turn, shares with us his flavour for industrialism; something sitting in between a mid-90’s Autechre vs. AFX mashup and sparse Hidden Hawaii dub techno. Feel the squelch, trademark stepping-beats and bellowing horns pull you along for a remarkable remake (and just wait for that drop).

Shuttle recently interviewed with Bryan Kasenic on The Bunker NY RBMA podcast and discussed his interests in experimental music, using vinyl in his sets and the frequent requests he had to reissue the original tracks. Featuring remixes from Atom TM and Pessimist – Marco Shuttle has curated an extremely solid, imaginative and pumping selection that not only keeps the diggers happy but one which offers DJs tools directly aimed at the dance floor.

‘The Vox Attitude Remixes Vol.2’ is out now via Eerie. Order a copy from Bandcamp.

Discover more about Marco Shuttle and Eerie on Inverted Audio.