It seems few people enjoy a reason to party more than Londoners – we need any excuse to blow off the dust and cobwebs of the city. Perhaps to our benefit, day festivals have begun cropping up around the city, particularly on Bank Holidays. The late May bank holiday attracts a swathe of hyped-up party-goers to All Points East in Victoria Park, but for many the inflated ticket prices and the scant providing of decent dance music and quality sound systems draw the attention elsewhere. Fortunately, down in Peckham there’s something a little smaller worthy of attention.

Entering it’s second year in Peckham Rye Park and 4th year in total, GALA draws for the big house legends: Honey Dijon, Chez Damier, Maurice Fulton and Gerd Janson are among those heading the bill, whilst established and respected acts such as Palms Trax, Young Marco and Midland sweeten the deal during the day. Rounding off the 4/4 claps is Giles Peterson’s Worldwide FM stage, setting up a lineup featuring Donna Leake, Tenderlonius, Auntie Flo and finalised with Mr Scruff. With such a house-heavy lineup it was a clever booking to kit the festival out with what may be London’s strongest alliance of providers of slower, more soulful rhythms.

With numerous bars the wait was never a reason not to get a drink, and although at one point the “Cooking with Palms Trax” stage was a little punishing on the ears, it was swiftly ironed out. The main stage had enough of a kick that you could easily hear at the back of the area — despite the sound constraints that must be imposed on holding a party in the middle of a residential-flanked park. Astonishingly, although the area for the festival was a quick walk from end-to-end, nowhere I found on the site was afflicted with the sound-bleed which so often affects festivals confined to small parks.

This provided the freedom to roam about at leisure, never far from the fun but able to quickly dart in and out of the various stages, which seemed to be the best way to enjoy the festival’s later-day acts. Switching between bouncing Beautiful Swimmers and Dan Shake, it was apparent that every one of the festival-goers were immersed in what was on offer. 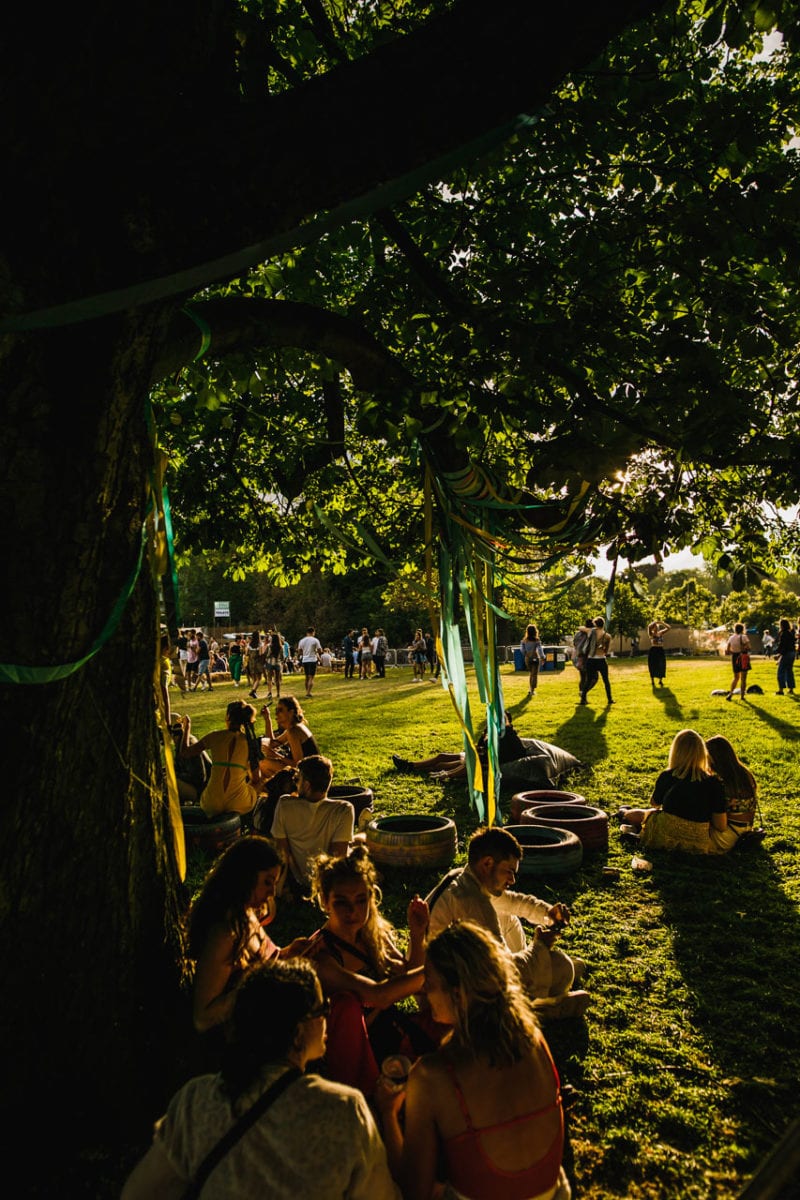 Young Marco pulled for the acid-tinged side of the spectrum, warming nicely into Palms Trax early slo-mo (110-115bpm) material, giving the ravers a brief rest on the legs whilst from the main stage attention-grabbing maestro Maurice Fulton did it how he does it best, chicaning from groove to percussion. In the eternally RAMMED “Pleasure Dome” diverse breakbeat + electro-infused weight sliced from the decks as Gerd Janson brought us up to peak time, with additional monitors outside the dome extending the “fun-zone” beyond the sweatbox inside and into the last of the day’s sun.

Despite the eternal Catch-22 of bank holidays in the UK (if you’re doing something it’ll be drab grey and likely rain, but if you’ve made no plans it’ll be glorious and sunny) the party went ahead full steam. As GALA reached the final hours Honey Dijon steps up with her unparalleled command of the audience, acapella touchstones and leads from your favourite house classics spicing up her selections. It’s apparent why GALA have booked her several years in a row now — despite the skill of every one of the DJ’s witnessed thus far, Honey Dijon blows them out the water with her panache and technical delivery.

The black rain clouds loom behind the full-force lighting beaming out from the main stage as the anthems get heavy, and when the rain starts to drill down only the hardcore stick it out, a skeleton dedicated crew in acid-rain rapture. Testament to her pulling power within half an hour the crowd is once again restored for the finale, a full-hearted celebration of LGBTQ influence and culture in house music delivered by one of the modern-day bastions and truly a show to witness.

It’s clear that with GALA the festival organisers are making a party for the people, not the pocket. Quality alcohol and food are not out of budget (London prices considered), decent spacing between stages, decent sound: these all make the difference between this get-together and the run-of-the-mill. The addition of hay bale chill-out zones is more than a small inclusion — too few places in the UK provide a decent rest area, which is essential when you’ve rammed the lineup with unmissable acts.

Yes, the lineup is particularly house-focussed, but careful positioning of the class acts means you’re never far from something you want to hear. The Worldwide FM stage was a true blessing and elevates the festival above a glorified day-rave: catching Auntie Flo even for just 15 minutes restored life to limb and a smile to the face, as a guest vocalist encourages the crowd as they begin taking off their shoes. Talk about grounding.

As London’s nightlife and party scene is increasingly monopolised by the big clubs and big events, it’s important to recognise and support the grass-roots manoeuvres. GALA is a great place to start, and definitely one to keep an eye open for this time next year. 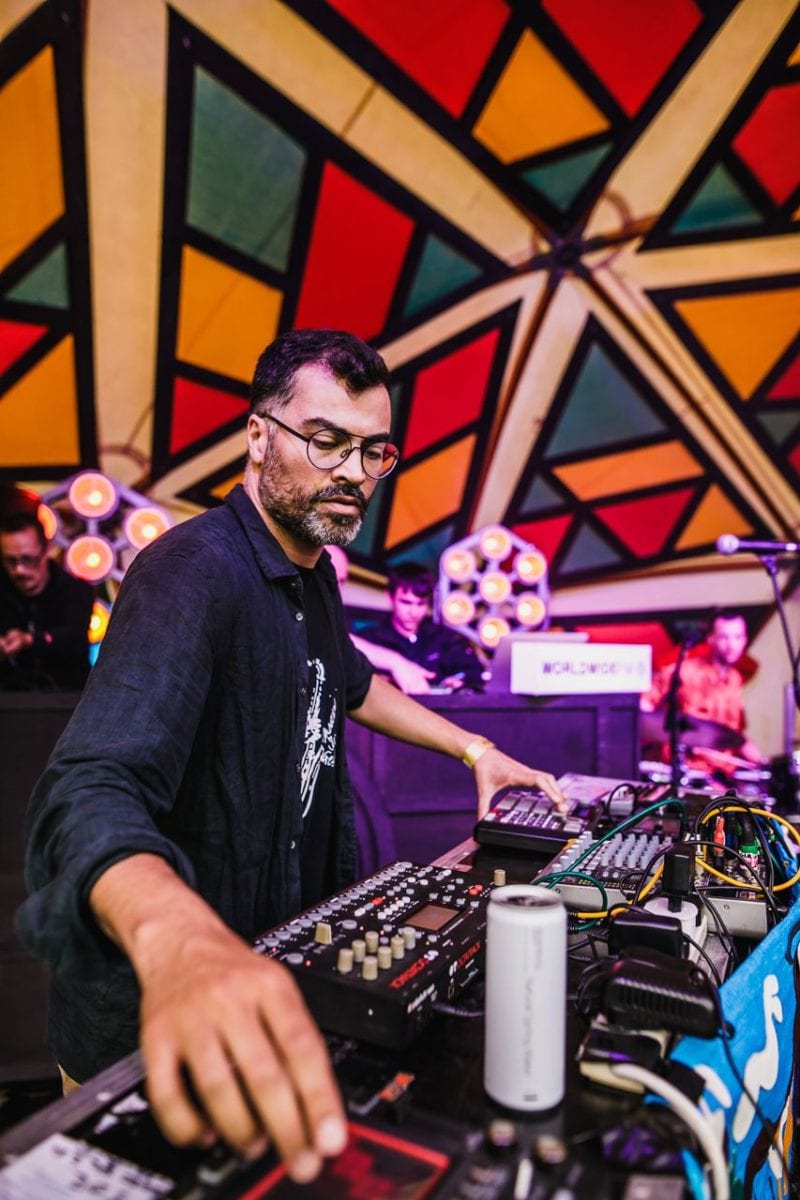