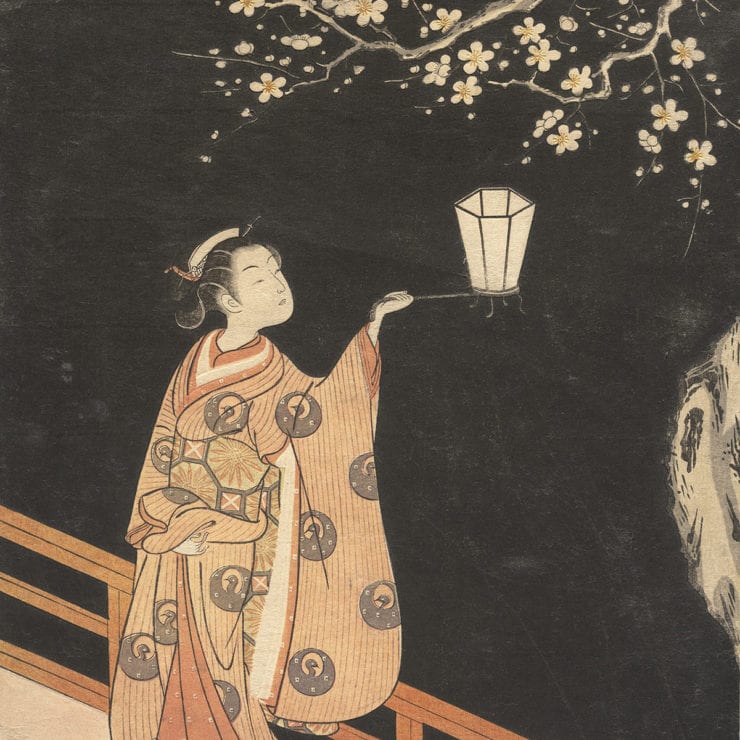 Most bedroom sampler fiddlers would be happy with a couple quid from Bandcamp and some airtime on their favourite NTS show. Meitei has slightly grander aspirations when it comes to the impact of his work. ‘Komachi‘ is the producer’s beatific ode to his recently passed Grandmother, a woman he saw as representing a traditional Japanese sense of beauty, sophistication and tranquility that is gradually disappearing. With the meandering piano loops and hypnagogic soundscapes of his latest release, Meitei wants to reverse that trend.

Musically the album draws strongly from Japan’s ambient and minimalist heyday of the 80s/90s, but the interplay of electronic elements with subdued field recordings creates a rhetoric that stretches back far earlier. The trickling water and distant forest sounds evoke Edo period art and folklore, while the key and string melodies that diffuse between them are wistful homages to Gagaku, an ancient form of dance and music practiced in imperial courts. It’s a visually arresting album, with each listen leading you deeper into Meitei’s hallucinatory vision of his nation’s past.

It’s not all wide-eyed sentimentalism though. Komachi feels just as reverent towards more contemporary electronic production. The sparse, fractured beat on “Maboroshi” wouldn’t be out of place on a Jan Jelinek record, and “Kawanabe Kyosai [Pt.II]” and “Shinkai” both contain the kind of spacey whirrs that Oval wrought from skipping CDs on 94 Diskont. But to me the most similar sounding work is found among The Caretaker’s recently concluded series of releases. Although conceptually very different (The Caretaker’s albums depict a slow and painful descent into dementia), both projects harness plaintive, smudged samples to give an affecting sense of nostalgia.

In a world of push notifications, Amazon Prime, YouTube celebrities, #InPlayWithRay and fucking Love Island, who can blame Meitei for harking after a calmer, more refined era? And even though Komachi – despite its shimmering beauty – might not quite have the power to overthrow the grim forces of modern life (what does?), I’m glad someone’s giving it a go.

‘Komachi’ is out now in vinyl and digital formats. Order a copy from Bandcamp.

Discover more about Meitei and Métron Records on Inverted Audio.