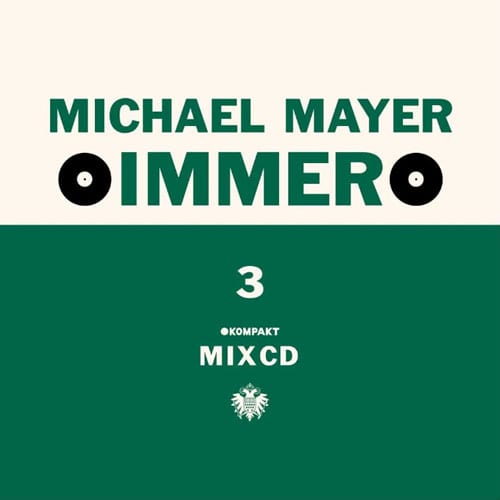 “The majority of these tracks have been long companions, ever reliable secret weapons. They never failed me and continue to excite me even after a thousand plays.”[Michael Mayer]

It’s been almost eight years since our ears were delighted to Michael Mayer’s Immer (which translates in English to Always) – a mix CD that even for it’s time seemed to transcend the state of the DJ mix album by bridging a timeless period of emerging music from producers known and new in exemplarity style and fusion. Immer would play a pivotal role in bringing the sound of Kompakt and of course Michael Mayer, to a global audience and to this date, and remains one of the most cherished and respected mix CD’s of all time, having recently made countless “best of decade” charts normally reserved for studio albums  plus earning a #1 position of “Best Mix CD Of The 00’s” by Resident Adviser.

Since then, Michael Mayer has continued to remain loyal to his roots of Cologne and between his time performing around the world maintains his weekday role as one of the core owners and operators of Komapkt– whether it be his careful A&R for the label, overseeing the distribution division or his studio collaborations and famed remixes with Superpitcher as Supermayer and of course his own production work, the man is well deservingly one of the most dedicated members of the music community thanks to his tireless work ethic and continuous enthusiasm.

Following a winter holiday and series of gigs in South America, Mayer arrived back home inspired and went straight to work on preparing the mix. As with the previousImmer releases, what you hear in Immer 3 immediately is a tremendously personal and reflective mix – Mayer jokes it as being the most feminine mix he’s done. Opting not for the most current and hip genres or tracks of the moment, he carefully chose timeless musical moments from his record crate that almost hints as a call to obliterate the current state of overhyped minimal bongo house, formulaic techno and dub step that rules the clubs today – as was similarly the case back with the first Immer release. The results reflect the smooth flow and selection that Michael brings to his fans in clubs week after week.

Immer 3 is one of those pillar releases from Kompakt that you just have to check out without hesitation. We expect Immer 3 to become a mix CD that generations will look back to in years to come, nice mix Mr Ma