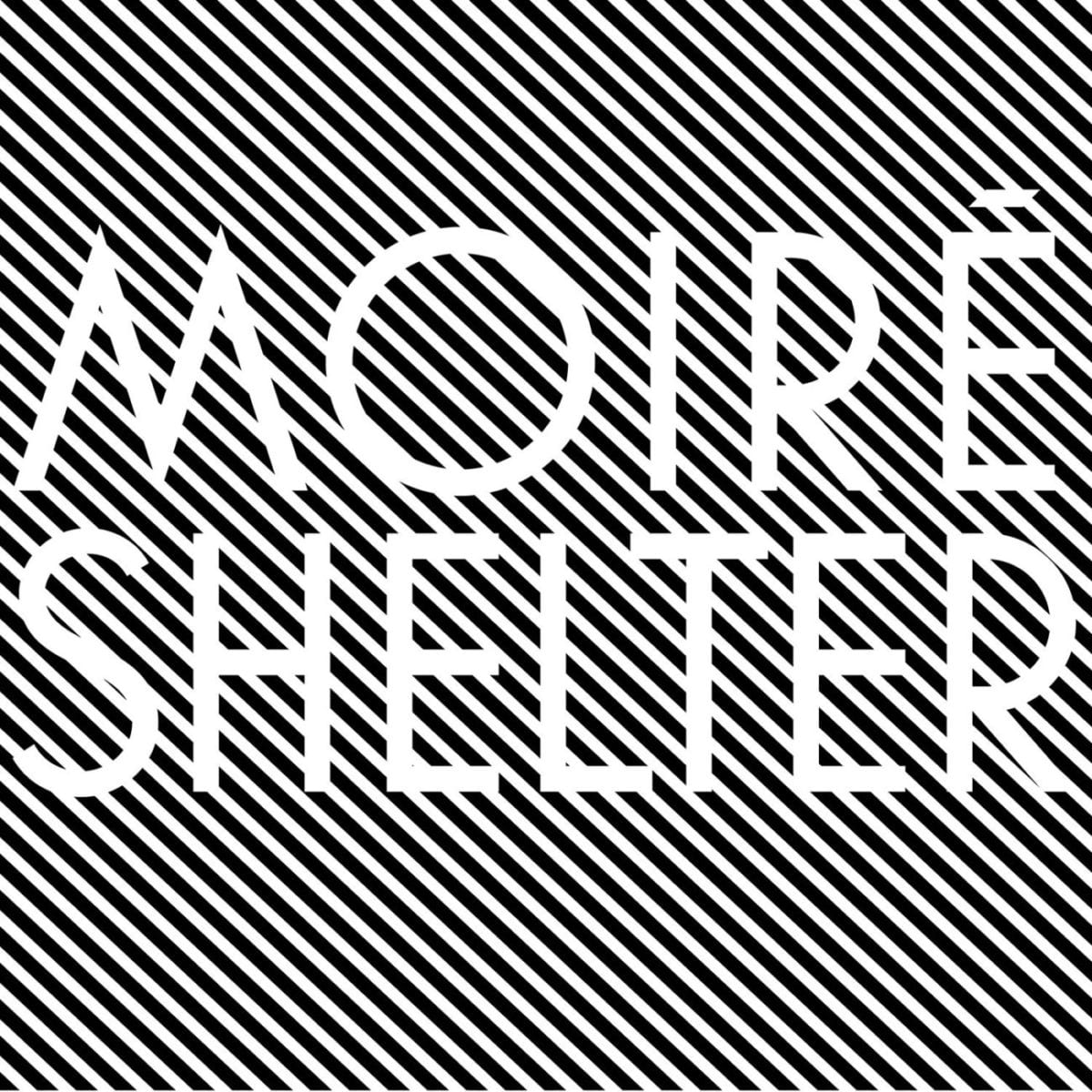 It often takes a track just a few textured layers and a pinch of melancholic resonances to be mistaken for ‘cinematographic’. If we go this way, most electronica releases over the past few years – including Werkdiscs’ boss Actress discography – would adorn perfectly any reel that features some random dude running after his long lost love under a heavy rain as she leaves for another country without saying goodbye. This is a little simplistic and disrespectful indeed. At least, for the musician.

Moiré’s debut ‘Shelter’ certainly counts among those which will enjoy the privilege of being called – let’s ban the aforementioned C word here – “evocative” let’s say. Without a doubt it presses the emotional button as it leaves that window wide open for you to invoke and project all the imagery you want in a straight and smooth gesture. Perhaps too straightforward at times? The album would make the most of that bit of twisted, raw energy to turn into a truly spontaneous and vibrant collection of soundscapes like Burial’s ‘In McDonalds‘ did for instance.

Where the last crumbs of night concertina into early rays of light, Moiré’s drop of insomniac beats takes off. ‘Attitude’ opens the ball with a hazy atmosphere, delivering its lot of syncopated groove and wailing vocal fragments. Inch-perfectly laying down his pads one after another on ‘Infinity Shadow’, Moiré delivers track after track an implacable cycle of druggy house variations and wavey, downtempo electronica and the resurgence of Actress’ ghost is unavoidable at some point. More particularly obvious on the hypnotizing ‘No Gravity’ and ‘Stars’ where their sounds seem to share more than one resemblance.

Despite paying allegiance to Werkdiscs’ head in a pretty obvious manner for a good half of the album, Moiré’s peculiar touch manages to surface more clearly on the brilliant ‘Rings’ where his synth layers seem to find the perfect balance between a surgical groove and an inflexible string of kicks. And it flourishes just as well and plainly on ‘Elite / Hands On’ where the producer’s sound appears to ruffle its feathers a bit and gain in density. Opening on new soundscapes that feel like they’re just a snippet of what is possibly yet to come before the trip reaches its final destination on the peaceful ‘Mr Figure’ that sounds like a distant, languishing echo to Nathan Fake’s ‘Bawsey’, it feels Moiré has still a lot more to offer once you peeled off this first shell.

If ‘Shelter’ doesn’t suffer any notable slump in quality all along the nine tracks, building a strong narrative and showing interesting fractions of further possible mutations in its architecture after every listen, Moiré’s hypnotic debut seems to withhold things quite a bit at times and not unfold its entire potential unhindered. That said, with the quality and consistency it demonstrates, ‘Shelter’ definitely sounds like an exciting prequel. Just let it thrive through you.

Discover more about Moiré and Werkdiscs on Inverted Audio.