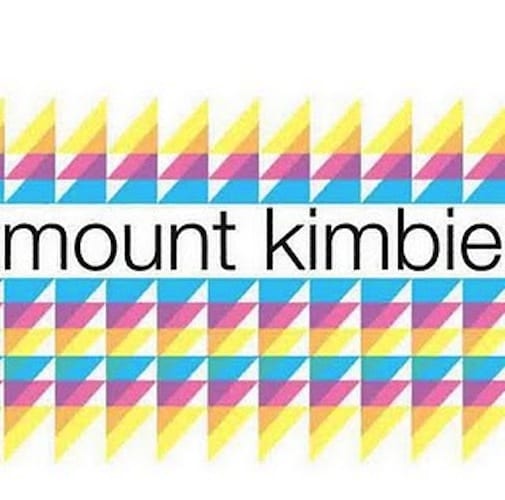 There’s no nice way to go about saying this: a lot of Dubstep, or, to be more precise, what is now being understood as Dubstep in the mainstream, is rapidly becoming the most boring, formulaic genre of music around. For me, it began with the release of the now infamous Fabriclive.37 (if you haven’t heard it, you’re lucky) and has culminated more recently with the release of Caspa’s album “Everybody’s Talking, Nobody’s Listening” which is, in my humble opinion, 13 tracks of the biggest load of pointless drivel that I have ever heard. It seems like an endless competition between these producers as to who has the filthiest basslines and the biggest wobbles; it is music so undeniably masculine that you sometimes wonder whether they’re compensating for something.

However, that being said, if you look even slightly left of center there is a whole host of artists producing some of the most exciting electronic music that has been heard in years and Mount Kimbie definitely fall into this category. Interestingly enough, as this, their second EP for Hotflush, proves, their music has alot more in common with what is meant by Dubstep as a term to describe a sound than producers like Caspa or Rusko ever have or ever will. Mount Kimbie’s music is drenched in the spacious textures of traditional ‘dub’ and has the skipping, swung rhythms of 2-step garage, the two key ingredients to Dubstep that the wobble kings lack.

Mount Kimbie’s first EP, “Maybes”, is, undeniably, one of the best records of the year so far; a debut release spanning four heart-stoppingly beautiful tunes that accomplished more than some producers manage in their entire careers (a cliched statement but, nonetheless, true). Therefore, we’ve been waiting eagerly to hear what they would cook up for us on this new EP and, as expected, it is wonderful.

“Sketch on Glass” kicks things off and it turns out to be this duo’s most dancey tune to date. Ultra-squelchy synths pitter-patter around an awesomely swinging rhythm section and even though this doesn’t sound anything like any of the tunes on the “Maybes EP” it is still, unmistakably, Mount Kimbie. I think it’s their heavily processed, Todds Edwards style vocals that make them so distinctive and recognizable.

Following on from “Sketch on Glass” is the EP’s higlight, “Serged”. This is a tune that relies on dense, crackling textures and a careful, almost understated melody over which a breathtaking vocal line blossoms and it is hands down one of the most beautiful tunes that I have heard this year. The intro to “50 Mile View”, the first track on the flip has a reverb drenched, somber intro that brings to mind the opening seconds of “Maybes”. One of the things that I love about these guys is that you never can tell where their tunes are going and the last thing that you would expect from “50 Mile View” is that the atmospherics at the beginning would slowly transform into a melancholy pitched-up vocal part but that’s exactly what it does. This tune also displays one of the big developments in Mount Kimbie’s sound: bass. The subs on this track are massive and they penetrate right through the middle of it. This essential purchase is rounded off with “At Least”, a tune that begins its journey rooted firmly in El-B territory but ends it with some of the most skewed synthlines we’ve heard this side of Hudson Mohawke via some crazy “Rounds” era Four Tet electronics. Its a great way to finish this record because it displays their incredibly mature understanding of songwriting and the ways in which a tune can twist and turn without becoming confused or overcomplicated.

I have a feeling that it must have been tremendously difficult for Mount Kimbie to write this record after the amount of praise that “Maybes” received from all corners of the globe but they have taken it in their stride and have produced another EP that I am sure, like “Maybes”, will be in many people’s Top 10 of 2009 lists. Watch out everyone else… there are only 8 places left.