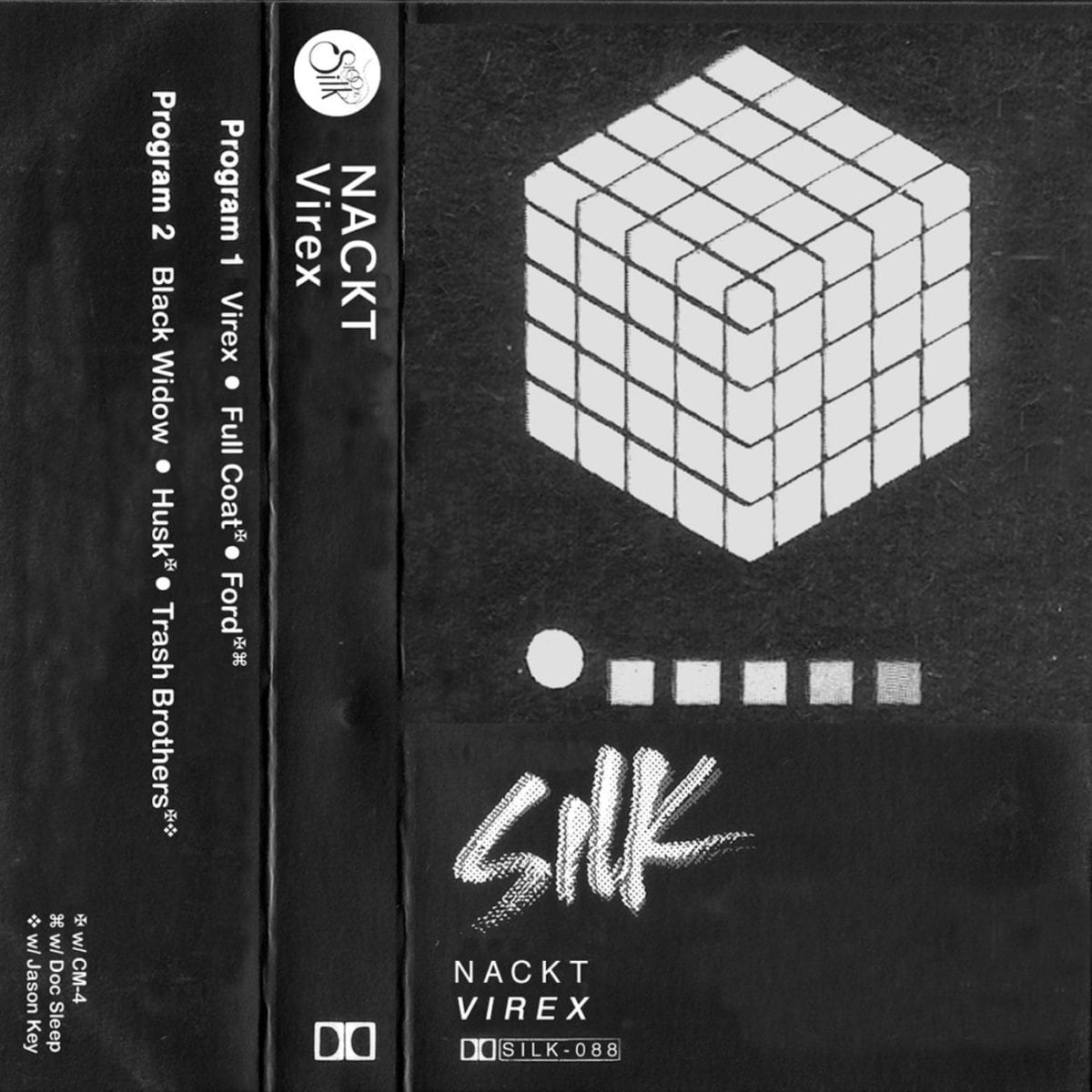 There’s been a lot of talk about analogue techno for some time now, this much can’t possibly be denied. Whether it’s the subtle, ghostly compositions emanating from STL’s secluded Harz studio, the gritty machine funk of Bay Area-based Vin Sol, or the more colourful work of Norfolk producer Luke Abbott, hardware revivalism has reached a point at which it no longer feels nostalgic.

This is the landscape in which Nackt releases his “Virex” tape on L.A. imprint 100% Silk. Working in a synthesizer store in Oakland by day, he and his collaborators tweaked and twiddled fervently into their nights honing the productions on display in this release (over half the tunes credit CM-4, while fellow San Francisco Bay Area producers Dr. Sleep, Michael Claus and Jason Key round out the list of production personnel).

Exhibiting a range of tones befitting the eclectic record collection Nackt has been adding to ever since he could reach the record boxes, the music of Nackt and his collaborators deftly transcends the plain 808 fetishism which afflicts some producers’ work.

That’s not to say there’s not a healthy drizzle of that on display here, but where present it’s always so lovingly contextualised and refreshed. Consider ‘Black Widow‘, where sluggish, groovy synth lines languish over an energetic acid line throughout, or title track ‘Virex‘ where rich, Day-Glo textures belie the producer’s earlier works in UK funky styles (the same could be said of the pitch-affected vocals slowly summoned to the surface of ‘Husk‘).

For sure, classic warehouse anthems are in attendance, as in the emotive ‘Full Coat’, or on the sweatier side of the dancefloor the immersive, technically-oriented ‘Pro Cell‘ works hard to keep the feet moving despite the tunnel vision it imagines. Even the obligatory saturated-kick rager, appropriately titled ‘Trash Brothers‘, morphs into a loftier affair by way of a synth line snaking its way down to the dancefloor from high above the rafters.

Here is a release that creatively recontextualises the maze of metal boxes that follow Nackt from his workplace to his bedroom; a release that ushers them into cohabitation – not competition – with modern technologies whose influence extends from production to listening habits and beyond. True to 100% Silk style, Virex reconciles the gritty with the polished, modernises the classic without disrespecting it and harnesses the beast within the machine without taming it.

Nackt is offering unreleased track ‘Pete Rose’ as a free download, grab it now from Soundcloud.

‘Virex’ is out now in cassette and digital formats, order a copy from Mid Heaven.

Discover more about Nackt and 100% Silk on Inverted Audio.