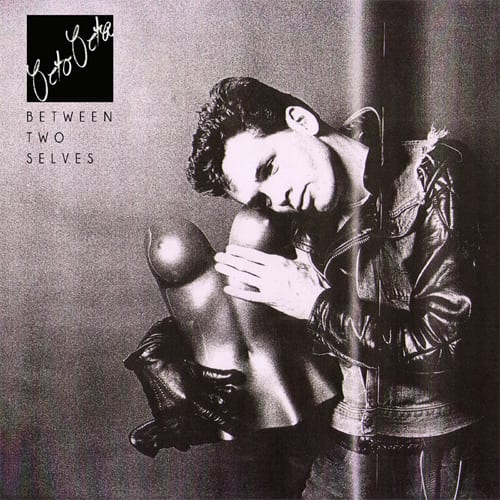 Since early days, Brooklyn’s Michael Morrison has marked himself as one of 100% Silk’s heavy hitters. In 2011 his Let Me See You EP came as a sort of mission statement for Amanda Brown’s imprint, pushing away from the murky psychedelia of parent-label Not Not Fun towards the brighter dance experimentations that define the label today. Morrison’s debut album as Octo Octa presents a slick refinement of his sound, and while it may not be a masterpiece, Between Two Selves offers some of the producer’s finest tracks to date.

From the off the Octo Octa sound was clearly defined; polished reinterpretations of classic house styles, rich in iridescent synthwork and sensuous acappellas which notably made themselves known on early classic I’m Trying. Here Morrison takes advantage of the LP format to fully probe and explore his sounds, taking a more restrained approach by mining deeper textures to impressive effect. This new production expertise is particularly apparent on the LP’s superb opening run, starting with meditative opener Who Will I Become. This lush piece of sound design gets everything right: the patient kick drum playing anchor to a deeply atmospheric field of echoing claps, clipped vocals and bright synth flourishes which amplify its introspective mood.

Such deeper moments are among the album’s strongest, where Morrison blurs dancefloor tropes into colourful, impressionistic pieces of mood music. Bad Blood’s low-key RnB sampling gives way to a meaty kick-snare combo and shards of bright synths in the high end, while equally impressive follow-up Please Don’t Leave tugs at the heart strings, an emotionless vocal line lent a stirring power by a deep modulating synth wash, longing melodies and hammering percussion drowned deep in the mix. Later Uneasy treads a similar track of haze, clipped synth notes and tough drum patterns constantly shifting and mutating to give the impression of a real journey.

While the eight tracks that make up the album are remarkably coherent, it is somewhat surprising that some of Between Two Selves’ dancier moments are also its more forgettable songs. Work Me’s upbeat melodics and crowded composition feel a little messy compared to the album’s more polished moments, while the polite breakbeat of His Kiss never quite convinces. Yet not all of the LP’s harder moments fall short; in particular the forlorn arrangement of Come Closer has a menacing edge to its regular bass bounce and shimmering synthwork which makes for one of the album’s standout moments.

Octo Octa closes the album with Fear, a significantly darker outing than all that comes before. Combining the reverb-laden synths of dub techno, skittering percussion and a cavernous warehouse atmosphere, it serves to highlight the shadowy dancefloor potential of Morrison’s productions. Fear also has the knock-on effect of reminding the listener of the relative sonic homogeneity of all which came before, as he suddenly appears able to branch out successfully into a radically different sound. Ultimately, though, it’s best seen as an unusual and powerful conclusion to a cohesive and irresistibly moody LP, numbering among the best so far not only for Morrison, but for the wider 100% Silk stable itself.