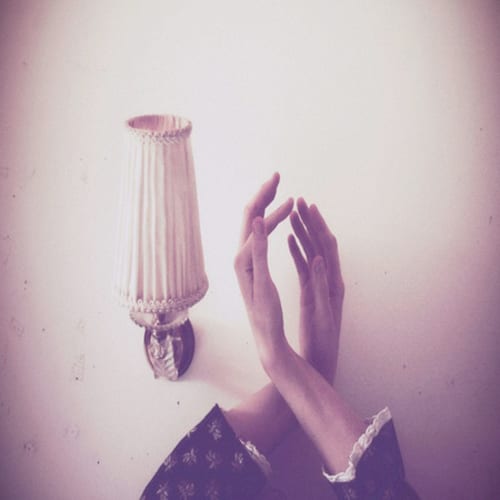 It’s impossible to write a review of Christopher Greenspan’s newest EP without briefly discussing the meteoric rise and sudden dissipation of the so-called ‘Witch House’ genre in 2010. While a new group of hipster-ish producers chopping and screwing Hip Hop and RnB sounded promising at the beginning, the ‘genre’ was quickly found to be rather insubstantial and disappeared as suddenly as it came.

Nevertheless, certain artists found a way to avoid being tied to the sinking ship, as oOoOO did on his first EP, which was twisted pop more than anything else, alongside the likes of Balam Acab who released a stellar aquatic debut album last year on Triangle. Still, it’s taken almost two years for Greenspan to releases just five new tracks, so one can’t help but question whether he’s weathered the storm.

The answer has already divided reviewers, but I’m content to say that oOoOO is still doing what he does best, and if you discount muse-o discussions of flash-frying genres and overly critical associations with Witch House, he’s presented the world with another fine EP of Electronic music at its most sensual and ghostly.

oOoOO’s signature sound that made his name is still firmly in place here, as can be heard on opener TryTry, a glitchy assemblage of syrup-thick textures, sharp percussive clanking and ethereal chopped-up vocals. What has changed is the production quality here, the sounds; particularly the percussion, feel less cheap than they did on the debut EP (which was admittedly one if its charms), but still retain an appealing emptiness, the hollowness of the beats contrasting with rich ambient washes and drawn-out vocal variations. Although the tracks here still exist in a gothy haze, details still emerge and surprise, such as the proggy guitar-line emerging, incongruous and eerie, from the Starr’s spacious and soupy soundfield.

Elsewhere Greenspan expands his sound with the inclusion of a live vocalist, Butterclock, whose sultry vocals mix perfectly with Southern Hip Hop-styled percussion and glittering synth-lines on second cut Springs. The main attraction of Greenspan’s production has always been his great knack for creating atmosphere, and Butterclock’s vocals emphasise this continuing strength, with closer NoWayBack setting her sensuous and creepy vocals against big crunked-out bass stabs and metallic beats.

As good as the tracks on offer here are, it’s not irrelevant to consider that it has taken Greenspan almost two years to release just under 20 minutes of new material, and although his sound is still unique, it hasn’t dramatically progressed since his first outing. Another issue is that some of the tracks on offer here feel a little too short, like sketches that ultimately feel as if they’re building to be longer and more satisfying than a short 3-minute stretch.

But then we’re given a track like Break Yr Heartt, the penultimate track here and probably the best oOoOO has ever released. Here crystalline drum patterns duel with autotuned and screwed vocals to make some of the strangest RnB around, with the ghostly chipmunked refrain ‘I didn’t mean to break your heart’ echoing out over a cavernous, unstable space with searing strings to stunning effect. When an artist can make a song feel so powerful and unique in less than 3 minutes criticisms begin to fall away, and it’s all too easy to be seduced by the remarkable phantom atmosphere Greenspan ekes out of his machines. Yes, Our Loving Is Hurting Us leaves you wanting more but it’s enough for the time being and proves that here is a producer who will outlast the hype, let’s just hope we don’t have to wait so long for so little next time.