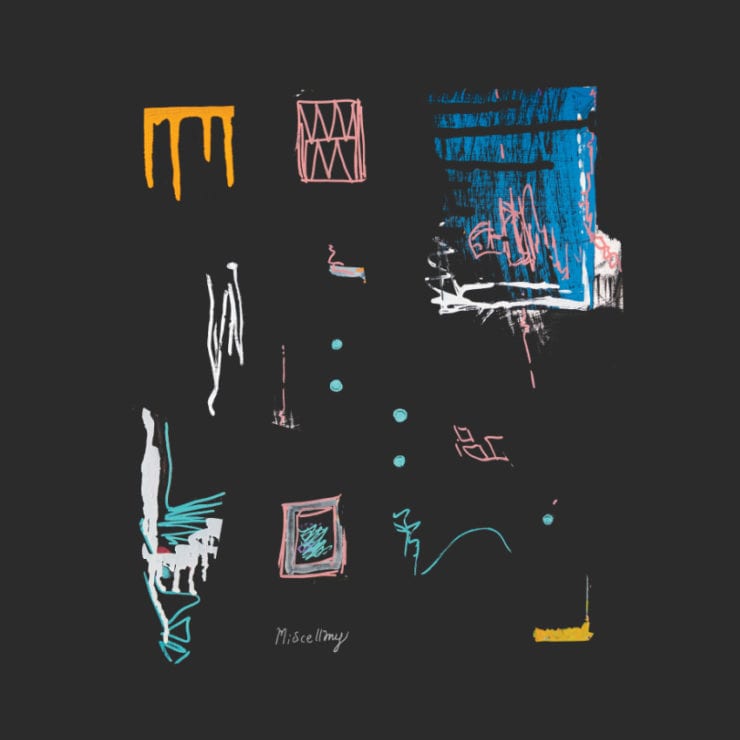 Denovali Records release ‘Miscellany‘, the first album in six years from Origamibiro. Previously a trio of artists and an audiovisual project, the name of Origiamibiro here refers to one Tom Hill and his musical meanderings.

‘Miscellany‘ is an apt name: leaning chiefly on the classical instruments of the piano and the viola de gamba, Hill also pulls in a whole host of musical sources to aid the narrative of the album. Key amongst these additional sound sources is the artist’s approach to sampling, which utilises unearthed sounds to create background patter throughout the tracks on the album.

Its use is delicate, however, and this careful application allows the foremost musical achievement of ‘Miscellany‘ — the artist’s playing of more classical instruments — to shine through as its rightful strongpoint. The result is a hybrid which sits at the cusp of modern chamber music and electro-acoustic compositions, a juncture which has often been explored, but rarely sees such balance between the two threads of exploration.

Hill renders myriad shades of homespun pastoral beauty into his music. It has a world-less quality, but still somehow seems to be inspired by the memory of British rural scenes, varying in their apparent season but with an unshakeable blend of serenity and melancholy that captures the essence of lesser-populated areas of England.

Electronic crackles, alike to a small campfire, conjure up static as a plucked viola glides over sun-warmed pastures on ‘Spring‘, a lilting ode to the slow onset of the warmer season. ‘Zoo‘ sees a stronger hand on the sampling machine, with flurries of amplified leaf-crunch static kicking up around a hypnotic loop, steadily growing in prominence, yet too shy for a grand crescendo.

The careful withdrawal from the grandest of musical motions is perhaps the album’s most cohesive feature, stemming perhaps from the almost inherently quiet nature of chamber music. It allows for ‘Miscellany‘ to be listened in its entirety, when the moment calls for gentler music. No track presses itself more authoritatively into the conscious than the rest, resulting in the album’s complete atmosphere.

A quiet phenomenon, touching on the brilliance of Penguin Cafe Orchestra and simultaneously aligning itself on parallel with ‘environmental’ ambient music from Japan: far apart in sound as they may be, the microcosm of ‘Miscellany‘ remains similar to that of Yoshimura’s ‘Green‘ in that it is best enjoyed in whole, rather than isolated segments.

We’re sharing the album in full on our SoundCloud, giving ‘Miscellany’ the time and space it deserves in order to be completely appreciated. ‘Miscellany’ is released 26 March via Denovali Records. Order a copy from Bandcamp.