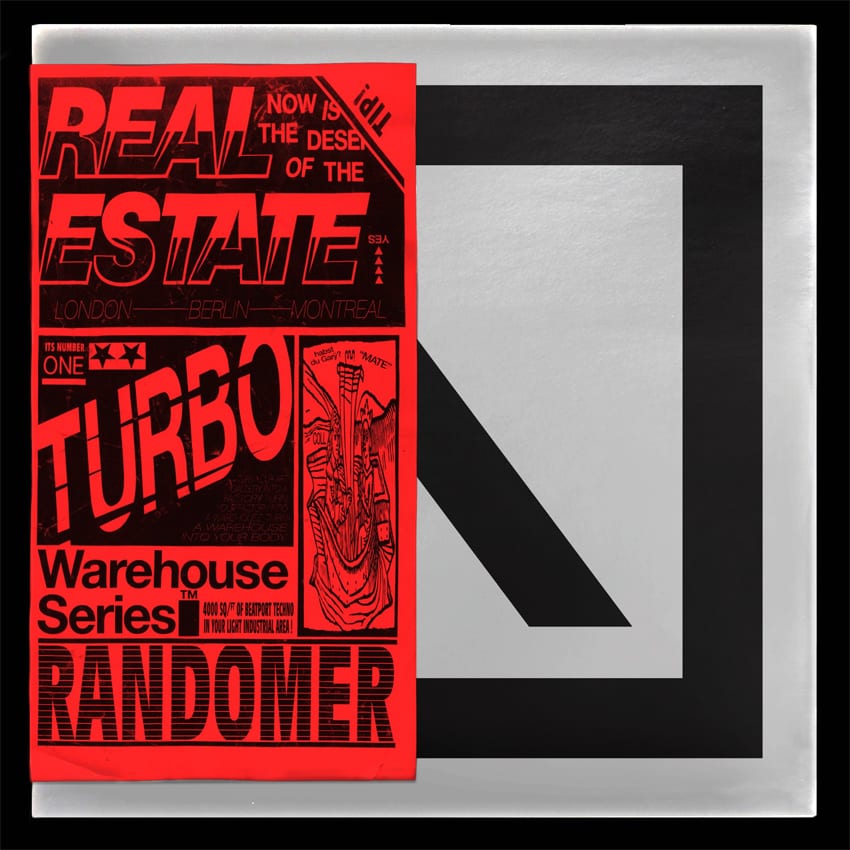 Rohan Walder aka Randomer is currently the dark horse of electronic club music. He’s only spent five years in the field so far, but his name is already attached to more than a dozen 12-inch singles. He continuously wanders from territory to territory, making memorable entrances in drum and bass (Down In The Woods), dubstep (Foundary), bass-heavy house (Scruff Box) and EDM-inspired breakbeat (We Laugh, We Scream).

His latest work Ruffa is the opening of the Warehouse series on Tiga’s Turbo label. Randomer presents his best and most brutal works to date. Ruffa is a crossover between breakbeat and electro; while its distorted drums are thundering intemperately in the background, a messed up, grotesque synth play completely steals the show. It only stops for the last minute, and then the drums can finally make into the lime-light, doubtless, with the same astounding effect.

No Hook on the vinyl’s other side brings the same result, though this time in techno’s context: more than five minutes of intensifying hammering and shredding, no drops. Interesting to observe a somewhat minimalistic approach, meaning that basically, the track only contains beats and drums, nothing complicated whatsoever. Recruit of the year J. Tijn shares his own vision of No Hook on the vinyl’s last slot, and makes things even heftier. Without any big changes, the remix sounds cleaner than the original, optimized for high-end soundsystems in arena-size tents.

At this point it seems there is no impossible for Randomer, he still gets better with every new release. And he isn’t settled yet: by trying out style after style, he not just improves his own sound, but occupies more and more ground on the whole genre of electronic dance music.