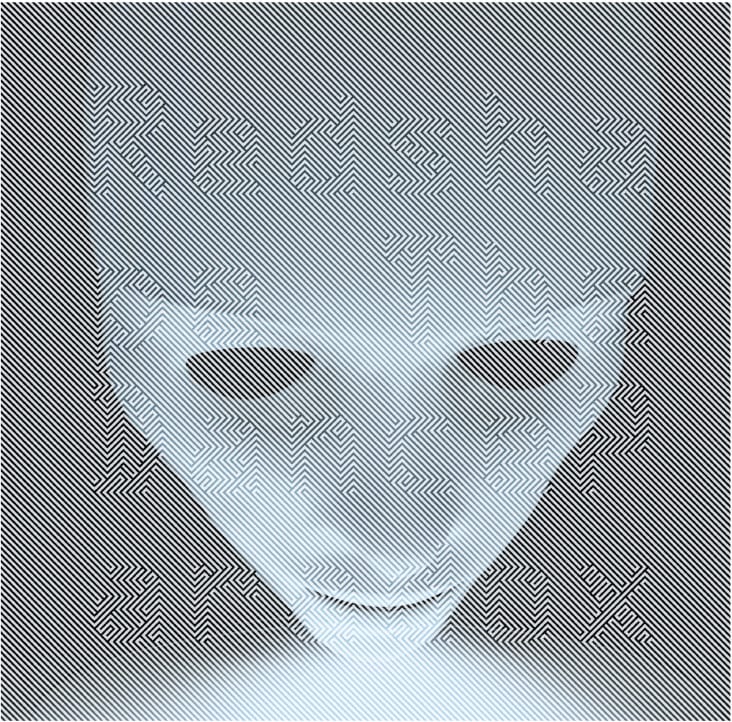 Anonymous techno personas, aside from being examples of a larger current trend in techno nostalgia, are not without precedent, and Redshape, a fellow disciple of the incognito school of the genre, has clearly geeked up on his musical antecedents. His latest EP ‘Dance Paradox’ is exactly that, part dance, part paradox; a scientific exploration into the nether regions of what techno is, that could quite easily soundtrack the darker moments of an L. Ron Hubbard biopic.

Opening track ‘Seduce Me’ crafts a beat from the gentle thud of a dove’s wing, albeit a dove on nandrilone. From this eerily organic opening, Redshape wafts in and out with psytrancey flashes that merge into the opening moments of ‘Garage GT’,  where organ stabs create an atmosphere of panicked heartbeats in lieu of an almost-there 4/4 beat. In ‘Bound (Part 1 & 2)’, Redshape wears his influences on his sleeve, but Blade Runner knifings and insistent synths allow him to create his own future-noir soundscape. In ‘Man Out of Time’, a breakbeat shuffle acts as a warped homage to Anthony Shakir, an act of deference that is coupled with darkcore swooshes, more Indonesian sweatshop terror than boxfresh Force Ones. Throughout the EP, there is a sense of Redshape acknowledging contemporary trends, but filtering them through the infected prism of his abstract musings. Thus ‘Globe’ flirts with a congohouse wobble, before unleashing a nostril-full of ketamine-laced hi hat horror.  Likewise ‘Dead Space (Edit)’ throbs with the menacing minimalism of Donnato Dozzy at his most trance-like, but also finds space for a twenty year mash up of dance music history – be it jungle, breakbeat, house or techno – within its fuzzy parameters.

Yet for all of Dance Paradox’s knowing insouciance, its double-faced acknowledgments of musical cut and paste, it remains a Paradox, too austere for home listening and too self-reverential for slaying the dance floor. What it does, it does exceedingly well, but by doing it so well, denies itself much of the emotional impact that such cross-generational music could and should have.