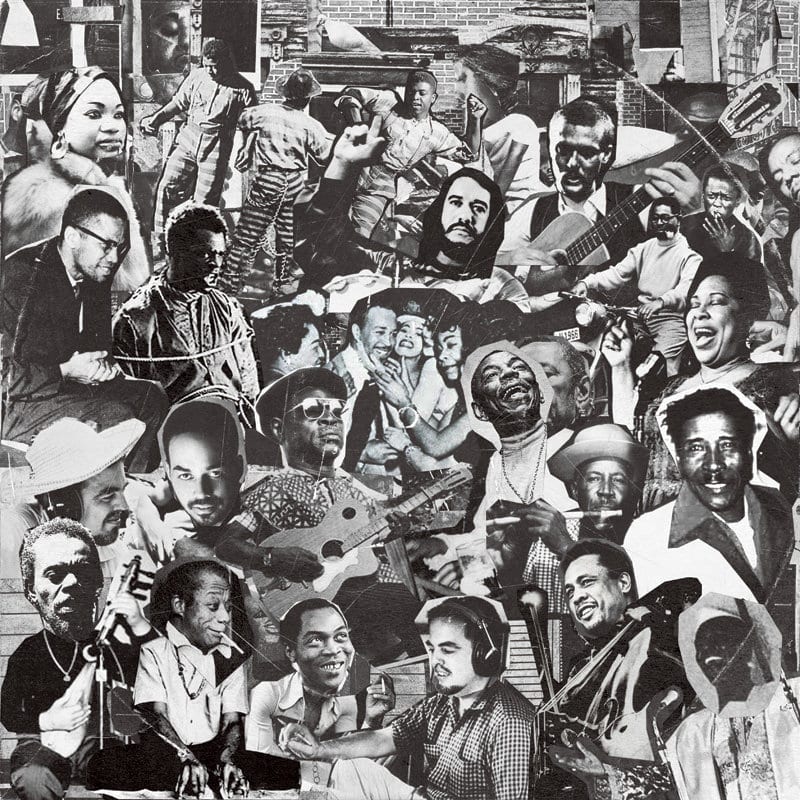 Romare’s debut EP ‘Meditations On Afrocentrism‘ seemed like a feat too impressive to repeat. Drawing musical influence largely from footwork, blues and hip hop, the collection expertly fused the cerebral – indeed the downright academic – with eminently listenable grooves and mature production chops. The collage of styles and samples apparently took a year of research to make, and now almost exactly one year on the Londoner has come back with a second volume just as good if not better, with a great new collage on the cover and a new musical target in his sights.

If Meditations drew largely from African music styles and sounds, here Romare sets his sights on the African-American tradition, with samples ranging from Peggy Lee to Nina Simone to Jimi Hendrix. He kicks off proceedings with the propulsive Your Love (You Give Me Fever), where Lee’s familiar tones are re-purposed, chopped into a call-and-reply with herself over a field of juke beats and delicate synthwork which progresses from warm ambient hum to searing siren as the track wears on. The final two minutes offer an energetic payoff to the releases most danceable tune as the energy keeps mounting over hushed finger clicks and threatening bass sweeps til the close.

While many of Romare’s tunes could be said to tell a story, particularly Meditations’ closer which showed a keen awareness of the problems that face a white producer sampling black music, second cut Jimi & Faye (Part One) uses vocal samples brilliantly to chart Hendrix’s ascent to success through the words of girlfriend Faye Pridgeon. Midway through, the bluesy loop gives way to emotive rising synthwork that twists and turns before the big cathartic moment – Faye intones ‘They had no idea he was going to do what he did’ and Hendrix’s squealing guitar emerges over a miasma of distorting synths.

For the B-side Romare leaves the footwork template to explore further, and his flirtation with house on Taste Of Honey (From The City) is a real winner. It’s more subtle than your average house banger but the beauty is in the details here; the ascending melody around the three-minute mark or the expert appropriation of samples interlaced with Romare’s own constantly-shifting production.

Closer Hey Now (When I Give You All My Lovin’) is another treat, a bluesy soup of jazzy piano work, dusty drums and a showstopping trumpet that some may be able to attribute. It’s not often that one comes across a producer with such a fiercely distinctive voice, especially who can fuse myriad stylistic and intellectual influences into such an extraordinarily enjoyable package. Just like his debut, Romare’s latest is a wonderful achievement, an EP of four contained, detailed gems that will make your brain long for the books and your feet long for the ‘floor.

Discover more about Romare and Black Acre on Inverted Audio.