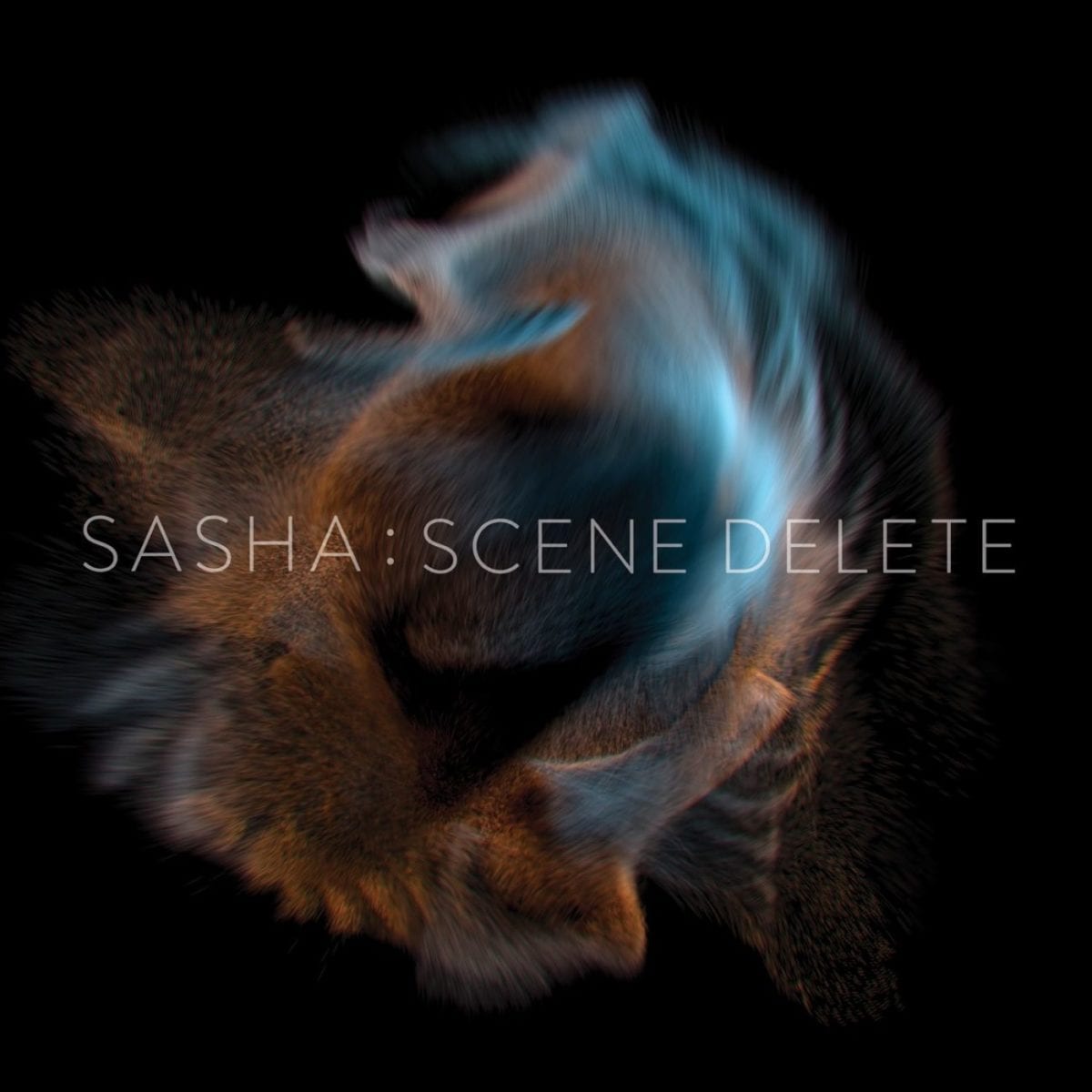 ‘Scene Delete’ by Sasha – otherwise known as Alexander Paul Coe – is an album born from unexpected circumstance. To put this into context, last year saw the release of ‘Ether‘ and ‘Vapourspace‘, the first distinct Sasha productions for a good three years. However this appears to have been just the tip of a production iceberg for, behind the scenes, a catalogue of works has been amassing; three years ago saw a piece called ‘Bring On The Night‘ was being worked on in tandem with vocalist Ultraista and Radiohead producer Nigel Godrich.

Unwilling to be bent to the club template, the track remained in stasis and formed the head of a queue of many similar works. Fast forward and picture Sasha enjoying recent entries in the Late Night Tales series from Jon Hopkins and Nils Frahm. A speculative contact to the team behind the compilation spawned ‘Scene Delete’. Originally meant to be a sequence of favourite tracks alongside Sasha originals, it eventually evolved into a 100% Sasha mix.

So, for all intents and purposes, this is effectively the first pure Sasha album since 2002’s ‘Airdrawndagger‘, an album that itself was long awaited. Sasha’s history is well known; rising to the status of the first true global superstar DJ icon in the 90’s, his Renaissance partnership with John Digweed was scene defining. Along with the renowned came the production and remix acclaim, becoming the major label’s conduit to the underground without compromise. Then, in 1999, came the ‘Xpander‘ EP, a benchmark of the burgeoning progressive movement. It increased anticipation for a full album intensely, especially when paired with his benchmark Global Underground mixes of the same time. However, it would take a full three years before Airdrawndagger saw fruition.

Reception from Airdrawndagger drew in the coveted 5/5 from Resident Advisor’s early prog-loving days. However, mainstream media and enthusiast reception at the time was cooler, who were expecting Xpander expanded rather than the subtle electronic soundtrack that it delivered. Dip into Discogs, forums and you’ll still find the rumbling of debate to this day. Rather than stalling the creative process, an inventive and subtle change in direction two years later saw the rug pulled from under the feet.

While fending off the marketing driven, proto-EDM driven invasion of the DJ Mag Top 100 DJ’s poll by the commercial trance crew, Sasha combined his silken DJing skills with his incredible prowess in the role of remixer. The ‘Involver‘ series was born into its own playground of creativity and proved to be a masterclass in both disciplines. Finally, the perfect platform was achieved.

Despite the third in the Involver series proving difficult to birth, Scene Delete is Sasha at his sparkling best. It eases into view in Involver style with the initial electric keys vignette of ‘Channel Deq‘ leading into the slow motion house groove of ‘View2‘. Two tracks in would usually be an unusual place to start talking about mix highlights but Scene Delete starts strongly and remains consistent. As you move through to the distant wilt of light cycles in ‘Linepulse‘, the strengths of the DJ mix format beings to shine through.

The segue becomes as compelling and as essential as the standalone. Momentum carriers, bridging moments and tension relievers provide a supporting cast that would be ill fitting or superfluous on an album of distinct tracks. Here, the sum of the parts becomes greater as the bumping electronica of ‘Time After Time‘ and ‘Detour‘ gently urge you through into the 3/4 arpeggio dissolution of ‘Pontiac‘. Even the obvious standalone tracks reap the benefits. The uplifting introduction of vocals on ‘Warewolf‘ finishes on an extended breakdown, which gradually melts into aforementioned ‘Bring On The Night‘. It proves to be the final peak before the album closes out with a series of frozen ambient pieces.

When compared to the entries from Hopkins and Frahm, the emotion is parallel – check the glitch laden ‘Modcon‘ or the delicate keyboard melodies in that final quarter for comparisons – but the setting is most certainly a world apart. Where the former mixes were told through vintage photography, of light leaked and age stained memories past, Sasha’s work has the hint of being from the idyllic future, far from the broken dystopias of Philip K. Dick and more in the vision of Ralph McQuarrie’s smooth curves, twinkling lights and gleaming surfaces.

As a concept goes, the artist album as a DJ mix isn’t a new one. Fabric’s long standing series hosts a fistful from established names such as Ricardo Villalobos, Shackleton, Petre Inspirescu and Omar-S. What is significant here is that this is the fourth entry driven from Sasha’s own production desk with no dip in quality. It begs the question; will anyone ever manage to best Coe in this arena. As it stands, all signs are pointing towards “no.”