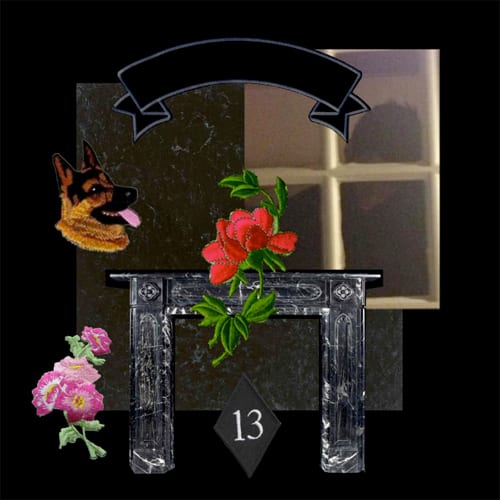 Long-term fans of young Californian Henry Laufer, who records as Shlohmo, have borne witness to a stratospheric musical trajectory, as Laufer has moved from the bedroom noodlings of the Shlo-Fi and Shlomoshun releases to the unique, glacially chilled tunes of his Places EP and superb Bad Vibes album. These early works showcased a producer who, if you could get a glimpse through the haze of weed smoke, excelled at combining acoustic and electronic instrumentation to craft detailed hazes of music, as intriguing as they were effortlessly atmospheric.

However, Laufer’s recent output has seen a turn, from the Vacation EP’s flirtation with UK bass sounds to a series of live performances and remixes that have increasingly flirted with southern hip hop percussion and trap accents. With the Laid Out EP, his first release in a year, Shlohmo takes these influences a lot further, digitising his moody productions with the razor-sharp sheen of computer production and synthetic soundcraft. While it may lack the relaxed, homely evocations of the producer’s earlier work, these five tracks still show a producer with a unique voice ably melding myriad influences into one intoxicating package.

Laufer’s clear interest in RnB and hip hop is less dormant here, practically thrust in the listener’s face with gorgeous opener Don’t Say No, featuring the falsetto vocal work of Tom Krell, who some may know better as How To Dress Well. The choice of vocalist is a perfect match for Shlohmo’s intensely emotive instrumentation, which bursts from a stripped-down 3/4 pattern to a cinematic, widescreen assault of skittering hi-hats, heavily distorted vocal samples that keen like guitars and a vast array of melodic and percussive accents, including the deep crystalline echoes of some moody guitar-work. Fans wills expect his music to sound hazy, and the sonic miasma persists, but the sound is cleaner, less dense, allowing each layer to be appreciated while admittedly losing some of the warmth and character of Laufer’s early work. Second tune Out Of Hand goes deeper and darker, frantic drum work clattering over persistent evocative synth work and ghosted vocals. It ends up as an impressive mood piece but feels a little underdeveloped compared to to the tracks that surround it.

After spending a couple of tracks laying out the basics of his new sound, Shlohmo goes for the jugular with third tune Later, his longest – and most epic – tune to date. The vocals this time are warped into a stunning refrain that is undeniably catchy despite the loss of humanity, presented with hard-edged rolling snares and a nasty bass throb that accentuates the vocal’s emotive ascent. It serves to highlight Shlohmo’s evolution at structure, with all the sonic details coming together in an unfathomably impressive package across the 6-plus minute runtime.

You’d expect an EP to lose steam after such a blazing highlight, and Laid Out doesn’t quite top Later’s dazzling vertigo, but that’s not to say the final two tracks aren’t worthwhile. While Put It admittedly feels like a deft rework of Later’s winning formula, final track Without harks back to Shlohmo’s earlier sounds, deep percussion finally allowed space to breathe before a midway break into more menacing territory, the snares picking up pace alongside a continuous, rising synthline that ups the intensity.

Any producer who changes their style is bound to open themselves up to criticism, and part of Shlohmo’s departure from his chilled soundscapes is undoubtedly down to the increasing demand for him as a crowd-pleasing live act. But ultimately, all you can ask of an artist who goes for a transformation is that they do it well, and that they go the whole way, and while it may be reasonable to mourn the warmth of Shlohmo circa Bad Vibes, his deft skill at implementing the threatening, sensuous tropes of trap and hip hop should reassure the listener that Laufer still has so much more to give.