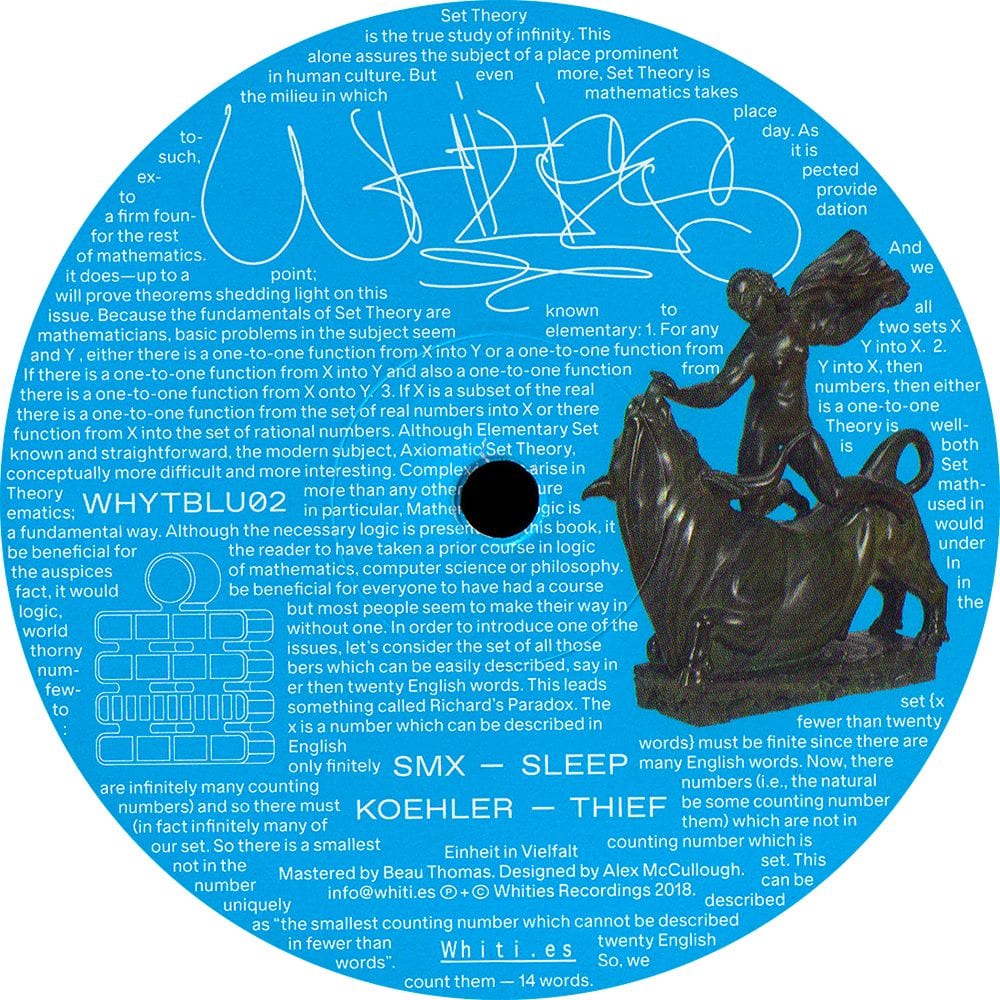 Following up to the first instalment of their newly launched Blue series, courtesy of Tessela and Lanark Artefax, eclectic Young Turks offshoot Whities return with another split two-track extended player from Koehler and SMX. The EP starts strong with the latter’s beguiling ‘Sleep’. Produced by Max O’Brien and Sam Purcell, head of London based label Blank Mind, the track creates a hazy, hypnotic atmosphere, with its heavily distorted kick drum creating a ruminative bass pattern along a repetitive, trance-inducing arpeggio lead, largely dipping into euphoric tones.

A soaring synth line captures an elegant sense of tense melancholy within the track, which is described by the label as “an intoxicating live jam recorded, during a period of emotional upheaval, exploring themes of discordance and euphoria.” The track seizes these lofty ideals fairly well in its simple looping elementals, though whether or not it does enough to sustain interest over its eight-minute runtime is somewhat questionable.

The track offers a convincing argument that experimental electronic music does not need to be devoid of a sense of humour, one of the key factors in what makes Whities such a vital label. Like the A-side, the track may be slightly longer than necessary, however with such a strong release these concerns are essentially nitpicking. All in all, the EP definitely adds as a fine addition to Whities’ ever convincing catalogue, and proves, once again, why Tasker’s label has to be one of the most exciting British labels in a number of years.

Blue 02 is out now, order a copy from Bandcamp.

A. Sleep
B. Thief