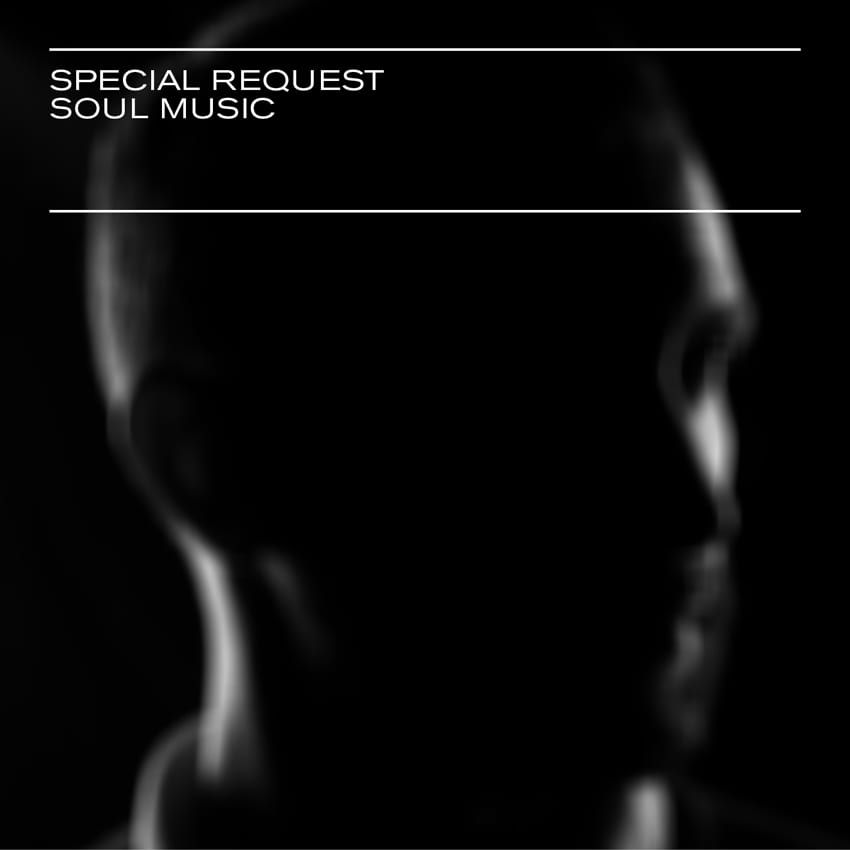 Under his own name, Paul Woolford has proven himself a gifted producer working in the techno mould. From 2006’s pitch-black Erotic Discourse to this year’s summer anthem Untitled by way of mutant Psychatron collaboration Stolen, Woolford is responsible for an enviable catalogue of rugged club hits. Yet it was when he first donned his pirate radio-homage moniker Special Request that Woolford’s music really came into a league of its own. Prefiguring the current hardcore revival, the Special Request canon harked back to the raucous sounds of the 90s UK scene that birthed hardcore and jungle, setting these familiar sounds – ricocheting breakbeats, undulating bass sweeps – into crushed technoid moulds. As much a work of tribute as of innovation, the success of early Special Request tracks (here included in a second bonus disc) was due to Woolford’s eminent ability to channel the period’s reckless abandon, curating a thrilling confluence between past and present sounds which made for some of the last few years’ most essential listening.

Now Woolford introduces his most complete Special Request statement to date in the form of the sublime Soul Music, an album whose title hints at Woolford’s emotional relationship to this music. A dedication to the unsung heroes of pirate radio, this music harks back to a sound which was the foundation of almost all contemporary UK dance, giving birth to the energy, dread, and south London atmospherics that can be heard today in garage, dubstep and grime. Despite its wild pace, Soul Music is evidently a labour of love, as Woolford works within a rough style, referencing illicit radio by arming himself with backspins and MC shoutouts, and even going so far as to sample his own sounds as heard through an FM transmitter. It works brilliantly: a complete statement which at once elegises, lionises, and ultimately reinvigorates the hardcore sound Woolford loves so much.

For those looking for the savage hybrids that cemented early Special Request classics such as Lolita (Warehouse Mix) and Mindwash, Soul Music will not disappoint. Soundboy Killer opens with a tongue-in-cheek MC interruption, ‘can you please clear the stage, all you’re doing is jumping the records and we can’t have a good time’, which opens into an explosive hybrid of gender-shifted vocals, gunshots and staggered breakbeat cuts. Throughout, Woolford’s club numbers are bursting with ideas and energy: while Body Armour offers the patient swagger of jackhammer bass hits and cocked pistols, Black Ops seethes over tunnelling filtered synthwork and epileptic break-science.

Yet on one level, we already knew that Woolford could reconfigure these hardcore sounds with the requisite power and grit. As a result some of Soul Music’s most interesting pieces are where he departs from the full-throttle momentum of those earlier releases. Opener Forbidden is a sterling example, as those same breakbeats and growling bass burrow deeper into the mix, adorned by shimmering harp notes and atmosphere to spare. Follow-up Undead is just as intriguing, where it sounds like Untitled’s catchy piano refrain got lost in Special Request’s parallel universe, a treasure whose light filters up from the deep.

While it may have more in common with some of the pacier numbers, third cut Cold Blooded is equally intriguing: like Hessle Audio gone hardcore, its off-kilter beat pattern and insistent melodics make for a powerful trip where Woolford flaunts his sonic inventiveness. This stylistic restlessness is a joy, and evident throughout the album: Capsules filters into existence through deconstruction, as if someone was tuning a radio (achieved with some remarkable panning), while final cut Descent is a curveball of detuned piano notes driven to madness, cannibalised by washes of flickering static.

The album is accompanied by a disc of previous Special Request releases and remixes, and as a result Woolford’s dedication to his hardcore sound palette may fatigue the listener after almost two and a half hours. Yet the quality of these compositions cannot be disputed. It’s a stunningly consistent package, and also a joy to finally get digital versions of the likes of Woolford’s Hackney Parrot VIP or his ace Lana Del Ray remix Ride, among the many gems nestled on the second disc. Soul Music may be composed of songs that aim for the jugular and don’t let go, but the reverence for the source material means that a genuine emotional core shines beneath the brain-frying percussive acrobatics. It’s an astonishing accomplishment, and if this is a window into Woolford’s soul, we might only hope that he continues to bare it well into the future.