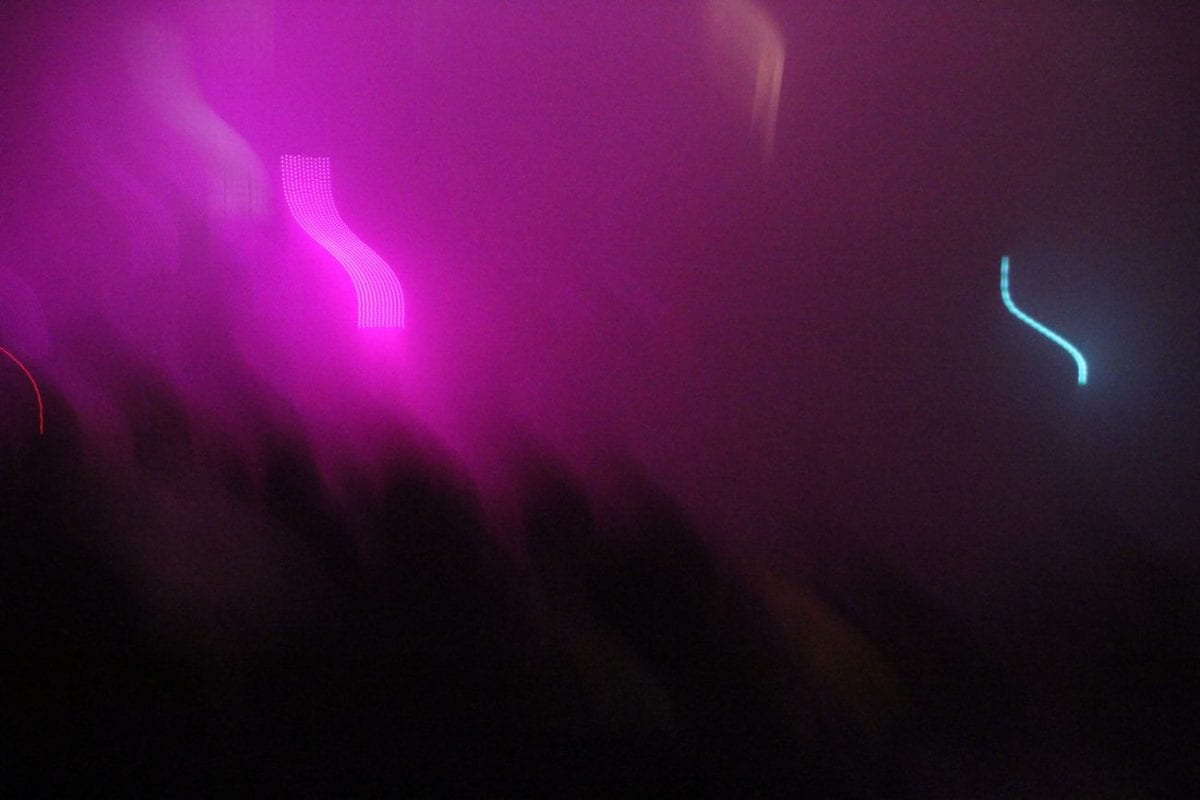 Is it better to leave your expectations at home? Or does envisioning a show in advance add to the richness of experience? Given that Hecker’s Ephemera event at Unsound Festival was a life-affirming experience for me last year, the show was packed with promise before it even began. My view was that a powerful performance unleashed into the ceremonious surrounds of St Johns could ascend to euphoric heights. 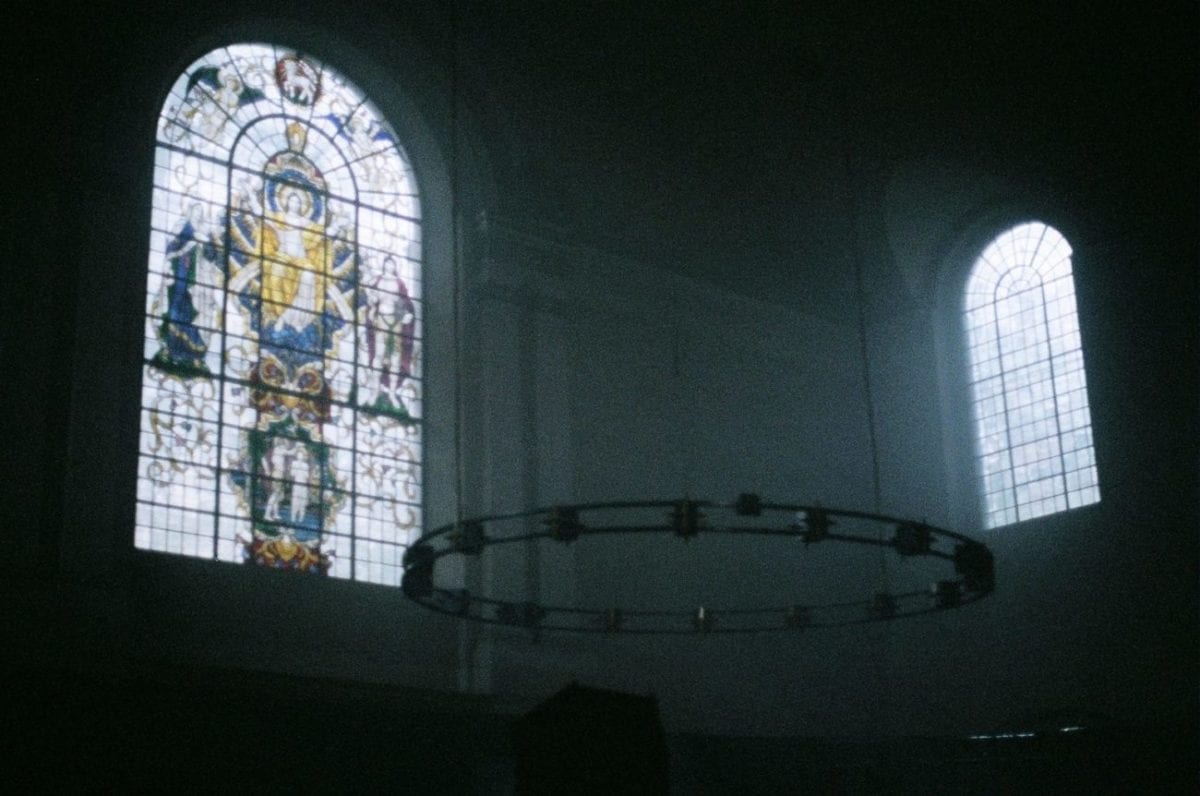 The celestial sounds of Kara-Lis Coverdale started the evening as the number of bodies entering the church increased, slowly warming the air. A sense of serenity lingered as Rezzett took the stage, opening with a beautiful sequence that unravelled into an atmospheric build. Smoke filled the room and apart from a few faint lights, we remained in darkness. 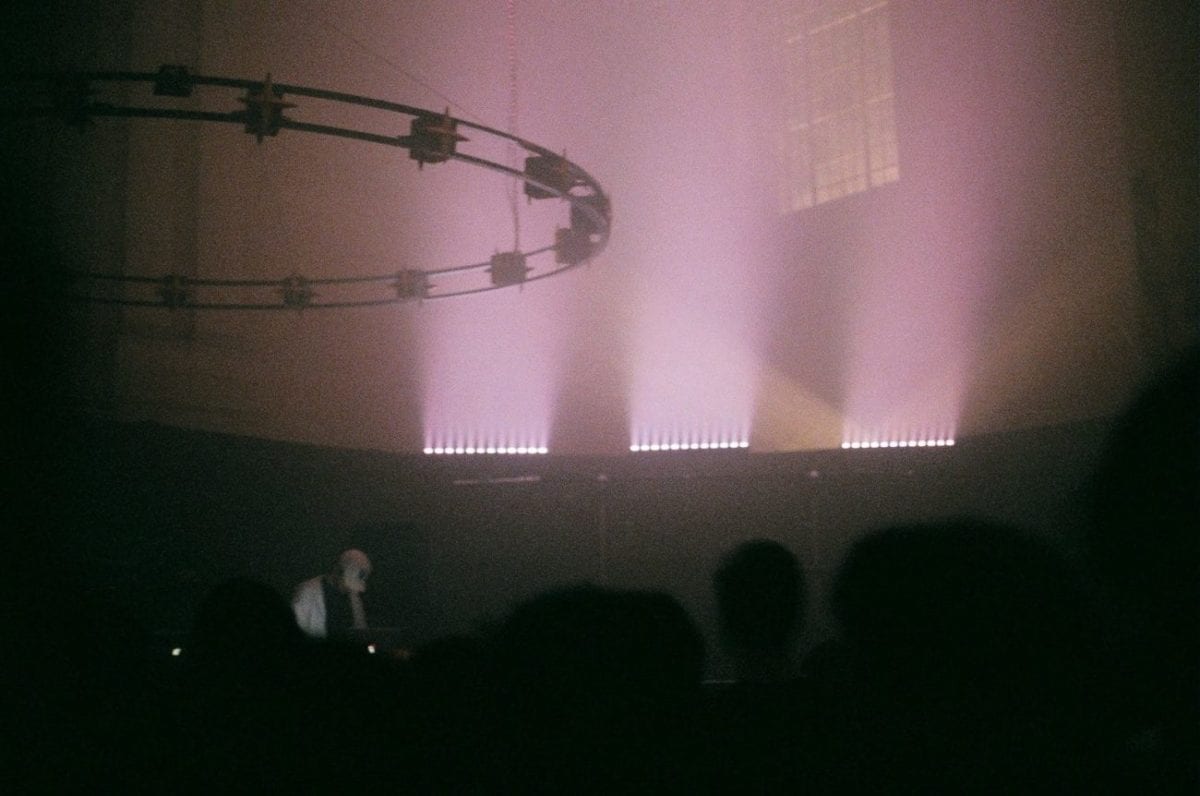 Without realising it, my eyes were closed bathing in the muddy lo-fi melody. An invisible wall of sub came towards us, as the abrasive top ends bashed about the arches. The sound wasn’t confined and it suited the performance, even though it was one of the few moments throughout the night that I wished I hadn’t forgotten my ear plugs. 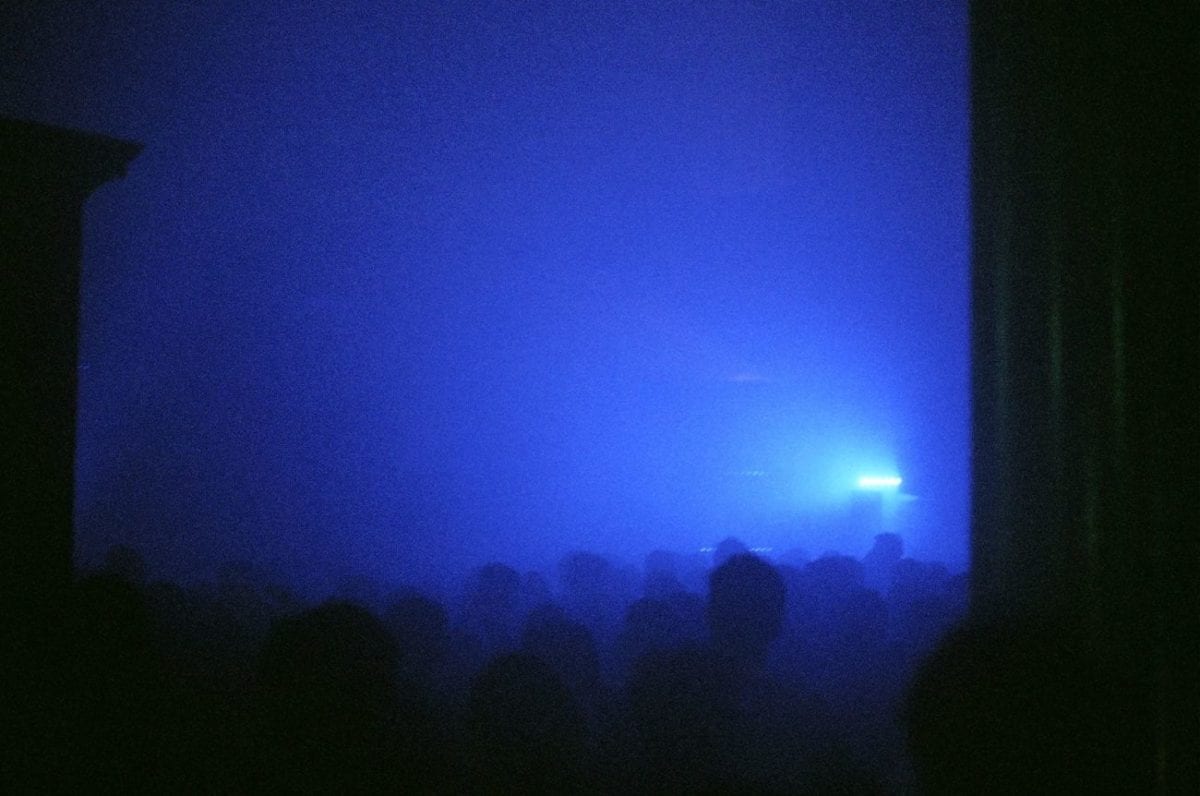 An interlude of waiting music cushioned Hecker’s set until colourful pigments started to diffuse across the dense smoke mirroring the “Love Streams” album art and signalling the start of his show. Hecker carved his way from melody to brutality, almost as one solid testament. There was no real climax or build, bar bursts of jarring dissonance and sudden dynamic changes at points. Within 45 minutes it was over, without leaving much to cling to. 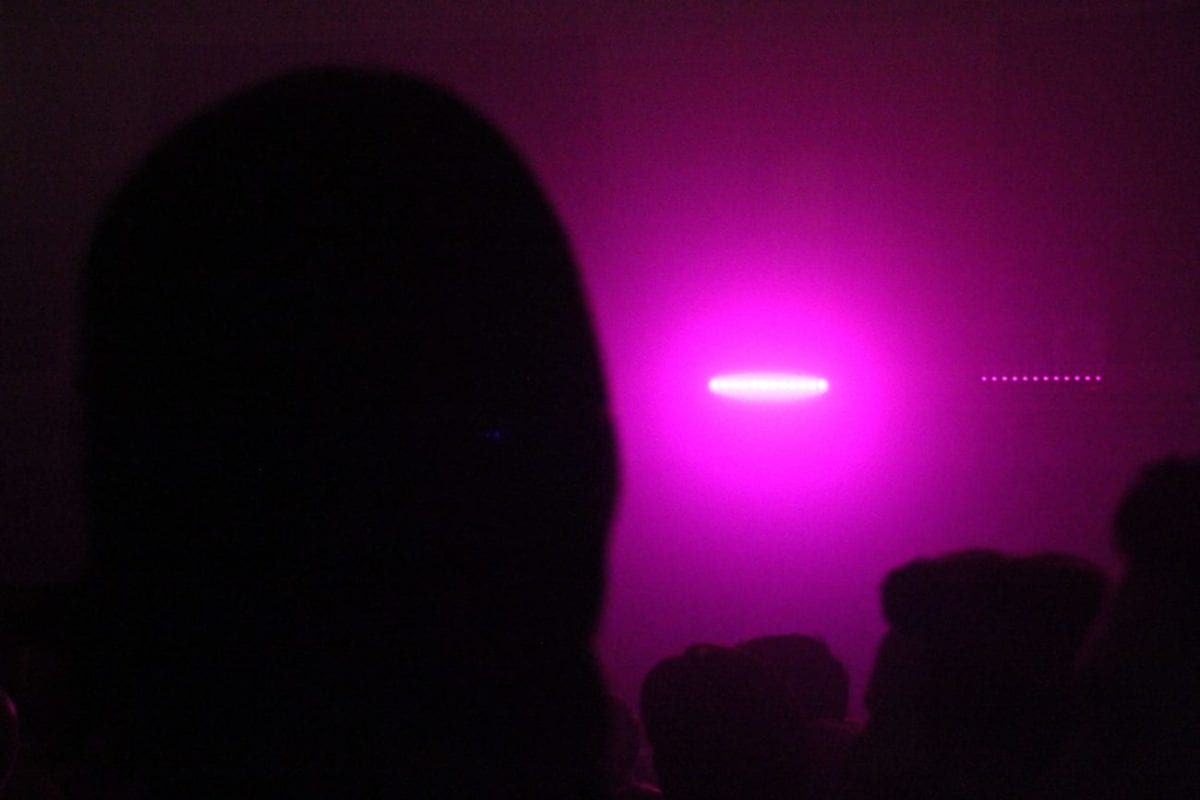 Although it was a visceral performance, in part due to the over‐exerted sound system, it didn’t stack up against the very totalising body experience of the Ephemera show and its euphoric peak. MFO did the lighting arrangement for both but the pigments appeared to be less potent at St Johns, perhaps due to the vastness of the space.

On reflection, a typical reward arc could have been quite cliché given the grandiose venue. And I guess Hecker isn’t one to succumb to conventions. It made me realise that in an age where nearly everything we want is just one click away, it has never been more important for art to challenge us and our expectations.

All photography by Aoife McGuinness. 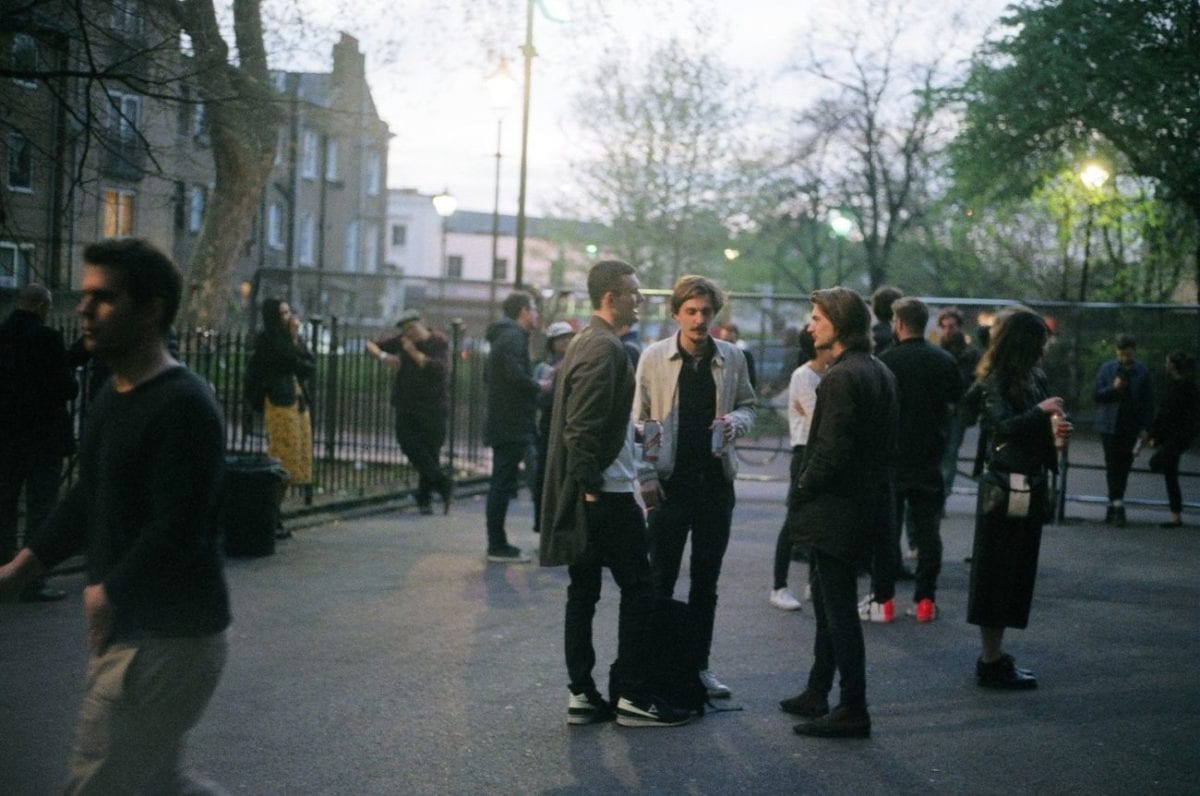