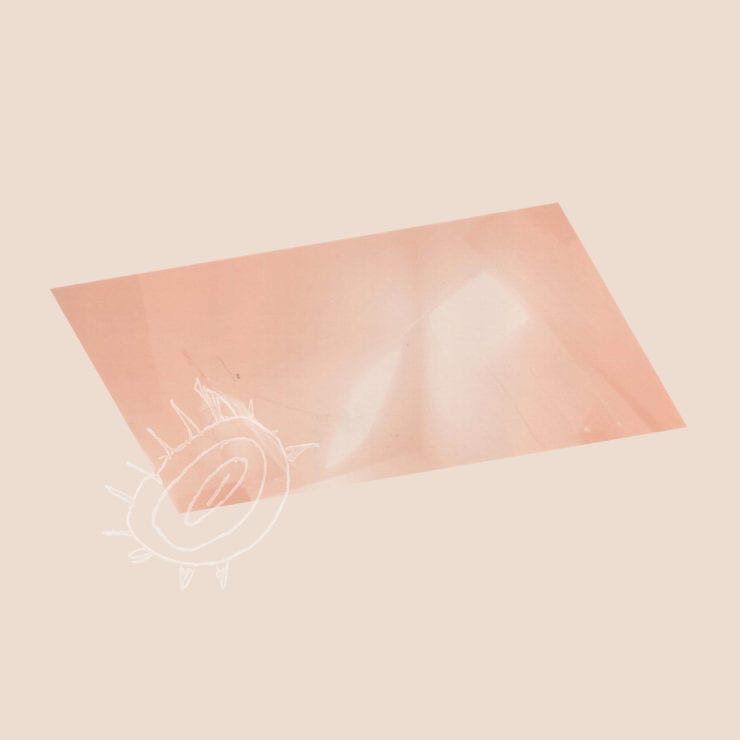 It must be said, there’s a whole lotta ambience going on right now. Whether due to the avalanche of ‘essential’ reissues from early pioneers, yet another techno producer deciding they need a beatless alias, or some kid with a knack for Ableton pumping out track after track on SoundCloud, the ironically noisy state of today’s ambient music scene means you’ll need more than just some well-sourced field recordings and luscious synth tones to make it in this biz buddy.

One recent artist who has managed to rise above the humdrum is Philadelphian Ulla Straus. While it would probably be wrong to class it as an ‘ambient’ record (quieten down you ardent Eno enthusiasts), her collaborative ‘Chat’ EP with Pontiac Streator was a swooning, gently pulsatile set of (ambient-ish?) textures which rightly earned a spot on many a best of 2018 list. Now she’s back with ‘Big Room’, a solo tape that assiduously strips her sound of all but its warmest, most serene and intimate essentials – this one’s strictly for the hardcore chillers.

Each of the album’s eight pieces are it’s own exercise in subtlety and space. Opener ‘Nana’ is a slowly undulating number comprised of little more than a swirling loop that sounds like waves gently lapping at a digital shoreline. ‘Sister’ is similarly impressive in its wide-ranging exploration of a single element, in this case a meandering melody which Straus stretches and smudges throughout the track’s duration, very much one to file next to Huerco S.’s ‘For Those Of You Who Have Never (And Also Those Who Have)’.

On ‘House’, languid chimes and pads move in and out of focus, vying for your attention like weary, floppy kittens, but ‘Past’ is where Straus’ sparse approach peaks for me; delicate pops, clicks and whirrs punctuate the atmosphere, backed only by a soft, lugubrious cascade of keys. There are moments where the sound dies away altogether, leaving a beautifully poised millisecond of complete silence. This is lowercase music with an uplifting and wistful pop sensibility, something Carsten Nicolai might knock together after a loved-up walk in the park.

One of the inspirations Straus cites for the album is “hearing a friend walking through the front door.” Just like that event, ‘Big Room’ couldn’t really be said to be a life alteringly powerful affair. Instead, it’s a small but perfectly formed moment that can’t fail to brighten your mood, a 30-minute flash of light-hearted joy to touch even the crankiest among us.

Big Room is scheduled for release 5 April 2019 via Quiet Time in cassette and digital formats. Order a copy from Bandcamp.