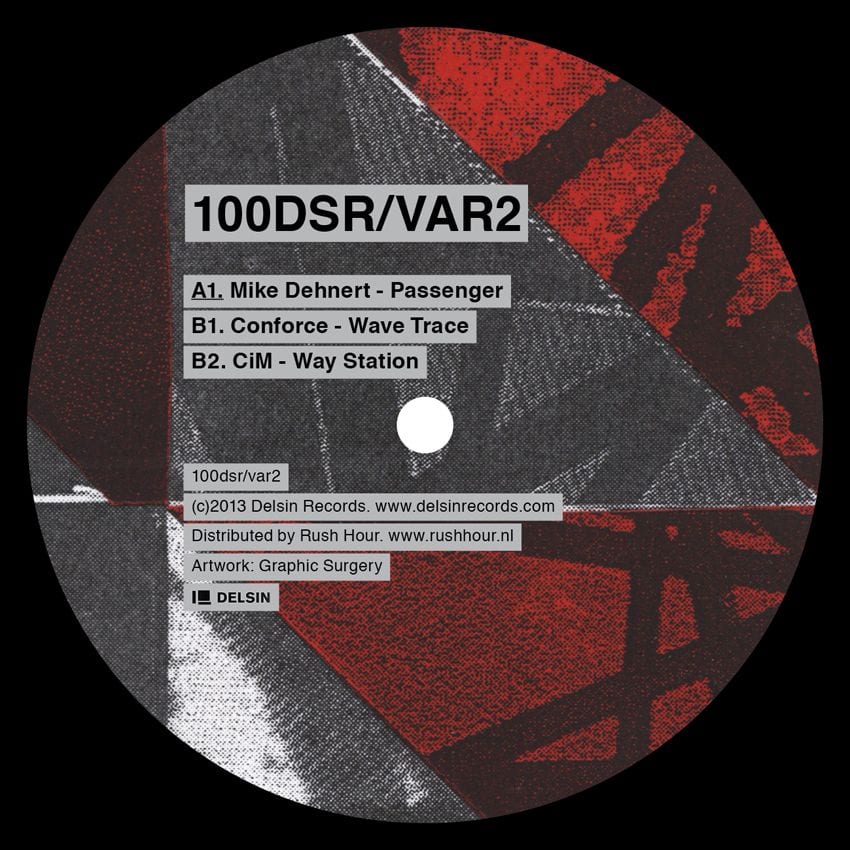 Nearly two months after its initiation, Delsin’s highly anticipated 100DSR/VAR compilation expands with a fresh three-tracker. Mike Dehnert, Conforce and the much-missed CiM are this edition’s contributors, and while the first EP consisted of big-room, floor-friendly tunes, this new material treads more intimate territory. This is especially the case on the B-side, where Boris Bunnik (aka Conforce) sets aside his techno sound for the dramatic electro/IDM crossover of Wave Trace. The beautiful melody is almost scientific, evoking documentary-style visuals of silent machinery. The outcome is similar to Dawning Of A New Day, which Bunnik released on Vantage Point, an album under his electro-minded Versalife alias this spring.

Simon Walley’s CiM project was active in Delsin’s early years around the turn of the millenium, and his compilation Do Not Multiply Models for the Ann Aimee sub-label is still a relevant collection of futuristic sounds and visions. His new track Way Station is his first since 2004, a beautiful and clean miniature, which shows the progress of Walley’s ideas and execution over the years. A peaceful synth accompanies the listener throughout the track’s three and half minutes, as with time more melodies emerge alongside an electronic buzz. One might wonder what happened to the artist over the last nine years, but after this release we can anticipate a welcome return.

I have left VAR2’s A-side to the end on purpose. Mike Dehnert’s Passenger is a classic hard minimal effort by the artist, where analogue machines jiggle on faster tempo with very little changes, nor drops. It is meant for the body instead of the mind, which has more weight on the flipside, and might imply that the rest of the series will be as adventurous and diversified as this one. VAR2 is a great continuation, Delsin celebrates its fifteenth birthday unforgettably and I can’t wait to hear the next part.