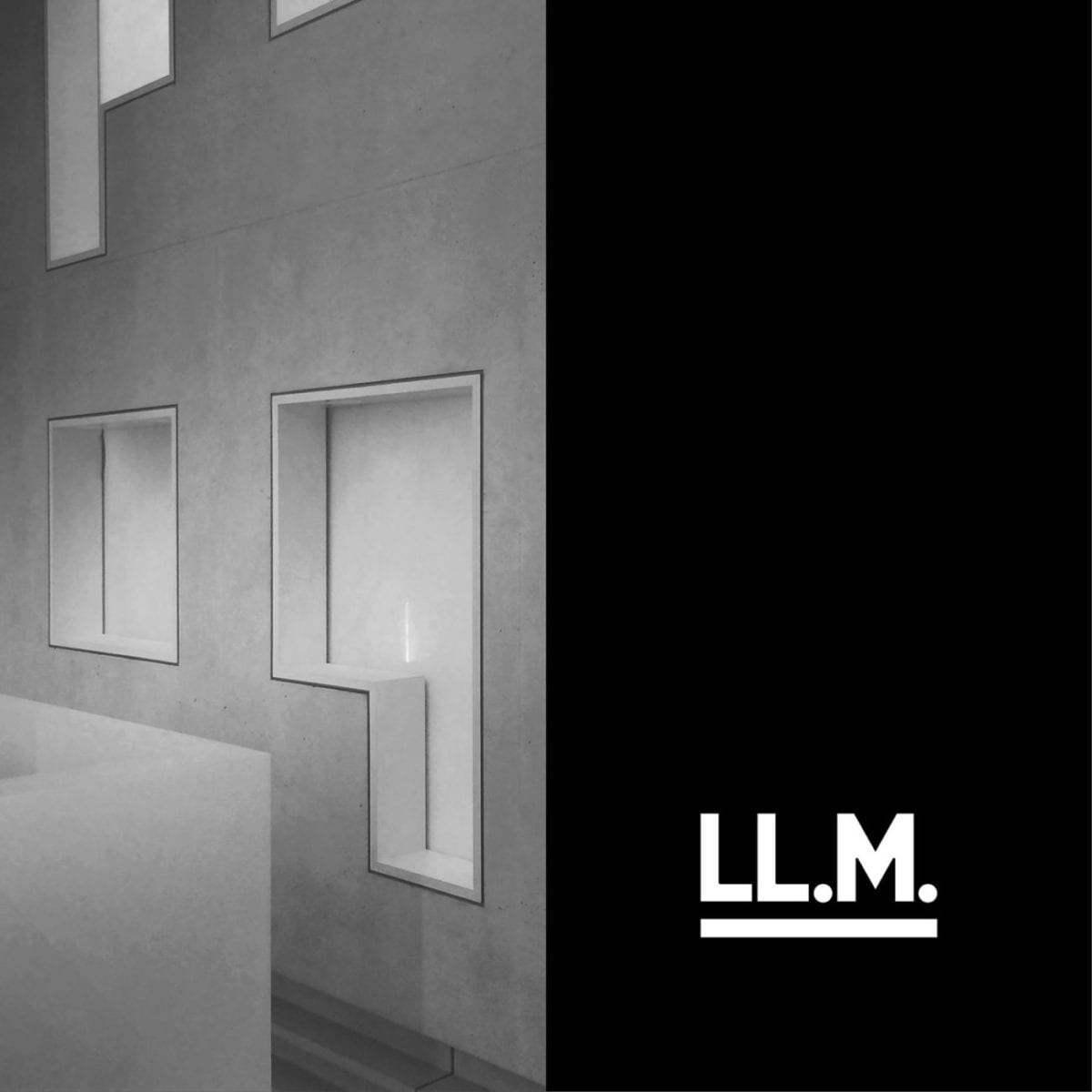 When one release like the LL.M.001 compilation from Noorden‘s new sublabel LL.M. comes out, by the simple fact of being a tape release only and limited to 100 copies, this longtime recurring question resurfaces: why not put it out as a digital release as well? There are many possible answers here, but I’ll leave it to the aesthetic argument. Of course music is made to be shared, circulate around and inspire the widest audience possible. Phil Latch, sound snooper by trade, has put up an exquisite selection of tracks by rising young producers and obviously, his goal is to shine a light on them, not enclose them.

The question in this case would rather be: under which light? Like Rothko did with his paintings, willing to see them shown under their best light or not shown at all, clinging to a context he had himself very specifically set up in his mind, the same goes for this opus. The very sophisticated way in which the cassette is presented, its rarity, all this serves a purpose: the form and substance are two indivisible things. Blending together the art of the shape and the replenishment of the matter, this release assumes its position with sleek style and unquestionable taste.

On the A side, Supreems’ beautiful opening ‘Poly #1‘ set things in diesel-motion, interweaving concrete-cold atmospheres with drifting echoes of metallic percussions while a voice punctuates the ensemble, softly hammering the ‘stay true‘ mantra. In limbo between day and night, the track builds a riveting sound decorum that clearly sets the record in a nocturnal urban environment. From there, the temperature quietly increases. RDMA’s gently joggling ‘It Will Never Be The Same‘ is picking up the torch in classy manner. The track unfolds a rather pleasant ribbon of sweeping synth chords and double-triggered groove but could have gained in depth and impact with a bit more texturing.

For their part, Space Afrika deliver an interesting 6 minute-long piece of velvet house music with ‘Rush Hour‘. Heady and invasive, the resonating and arpeggiated piano melody brings some welcome suavity. The motif feels stretched-out to its limits but the track doesn’t really suffer from it, keeping intact its obsessive groove quality. RAW M.T.’s track ‘2‘ doesn’t depart from that progressive momentum, his warm synth lines and flanging hats finding their right place in this half cold-blooded soundtrack, half smoother sound structure. A wicked cut of both raw and razor-sharp, yet effortlessly creamy material. That’s before Gohan nails it dark-techno style with the obscure ‘Retz Conspiracy‘, a paranoid slice of murky soundscapes and haunting vocal trompe-l’oeil which also excellently plays the role of pivotal element with the flipside.

On Side B, Annanan’s ‘Drown‘ clearly stands out as the highlight with its refined orchestration of acid bass lines and mournful strings, making for a sound trip that’s just as light and engaging as it is emotionally gripping. Its never-ending, revolving groove doesn’t let loose on you, backwashing over as a penetrating lamento. An essentially simple yet terribly deepening hell of a track. In his turn, Aschof Mal’s ‘Untitled‘ does a good job adding some leg-hacking breaks and intricate drum patterns to an album mostly exclusively represented by pure 4/4 compositions while Earthen Sea completes the side in all softness. Breathing in some clarity and extending the scope, ‘Marine Layer‘ couldn’t have been more appropriately titled, terminating this long EP or short album in the best way possible. The sea is calm, LL.M.’s ship is sailing at sure pace. No doubt, the future is looking bright for these guys.

Discover more about LL.M. and Noorden on Inverted Audio.