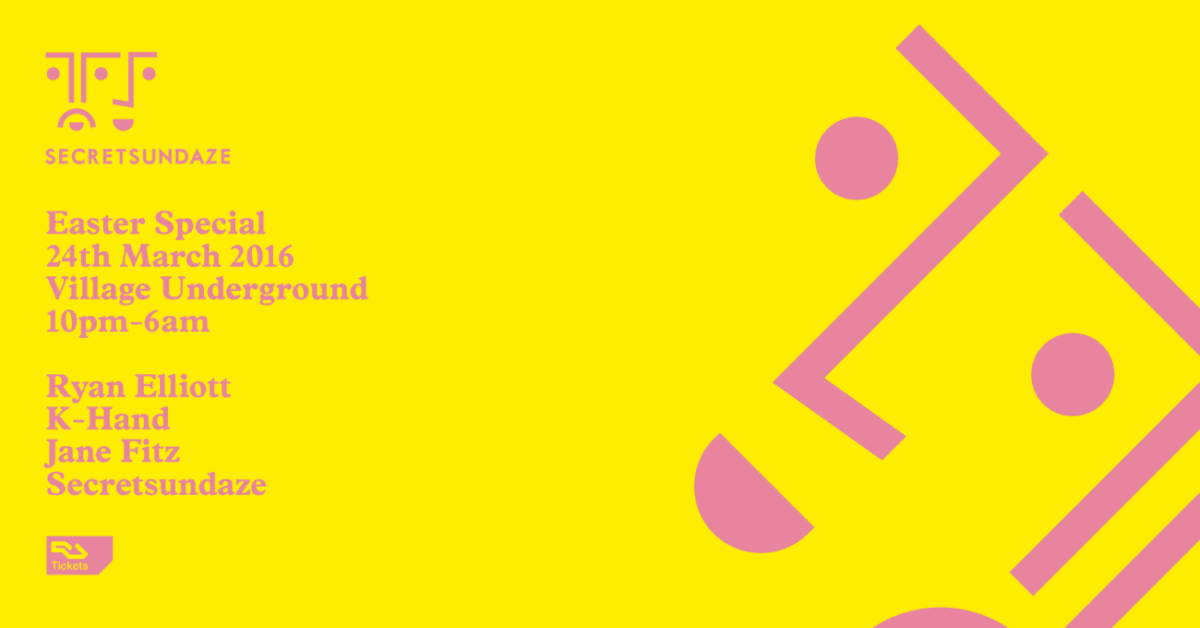 Easter Thursday has long been a tradition for secretsundaze and this years edition welcomes another killer line up to Village Underground in the heart of Shoreditch.

Ryan Elliott steps up for the first of three dates he’ll be playing for secretsundaze in 2016. Ryan is without doubt one of the most consistent DJs, able to play regularly across both Panorama Bar and Berghain and move between house and techno with ease. He has released some dope 12’s on Ostgut Ton, remixed the likes of Mr Tophat and Art Alfie and has his debut LP for Ostgut coming up later in 2016.

K-HAND makes her secretsundaze debut! Known to many as Kelli Hand, Kelli has been in the game for many years releasing some seminal 12’s as far back as 1992 on her own imprint Acacia records as well as the likes of Warp and K7. Nina Kraviz has connected with her of late, with Kelli both touring and releasing on Nina’s Trip imprint. Her sound is funked up house and techno and is sure to rock secretsundaze.

The third guest is East London hero Jane Fitz. A consumate DJs DJ able to play across the board from ambient to deep house to UK garage, her sets at the likes of Freerotation have become the stuff of legend. Secretsundaze are ever present as residents and with 15 years of experience playing to a home crowd their sets are highly anticipated. Check out her Mix Tape feature with Jane Fitz (2015) on Inverted Audio. 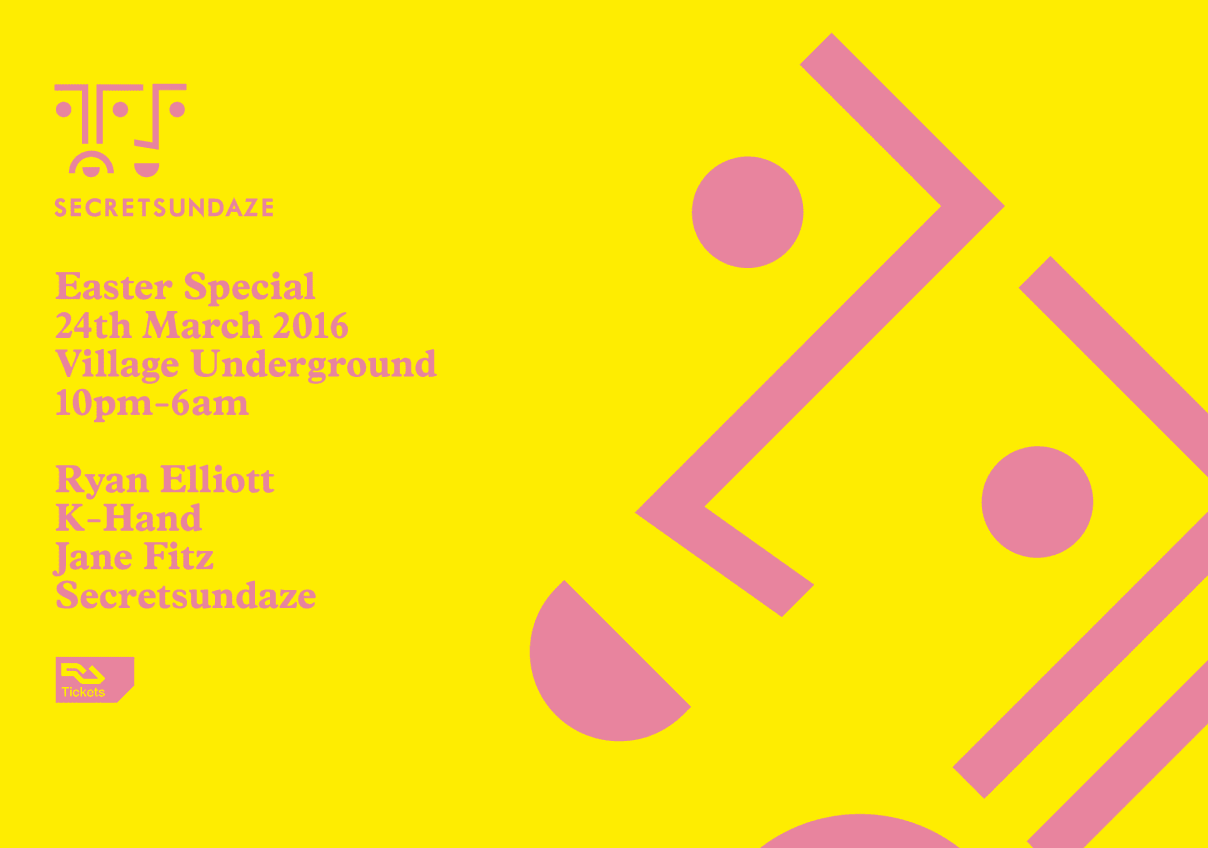