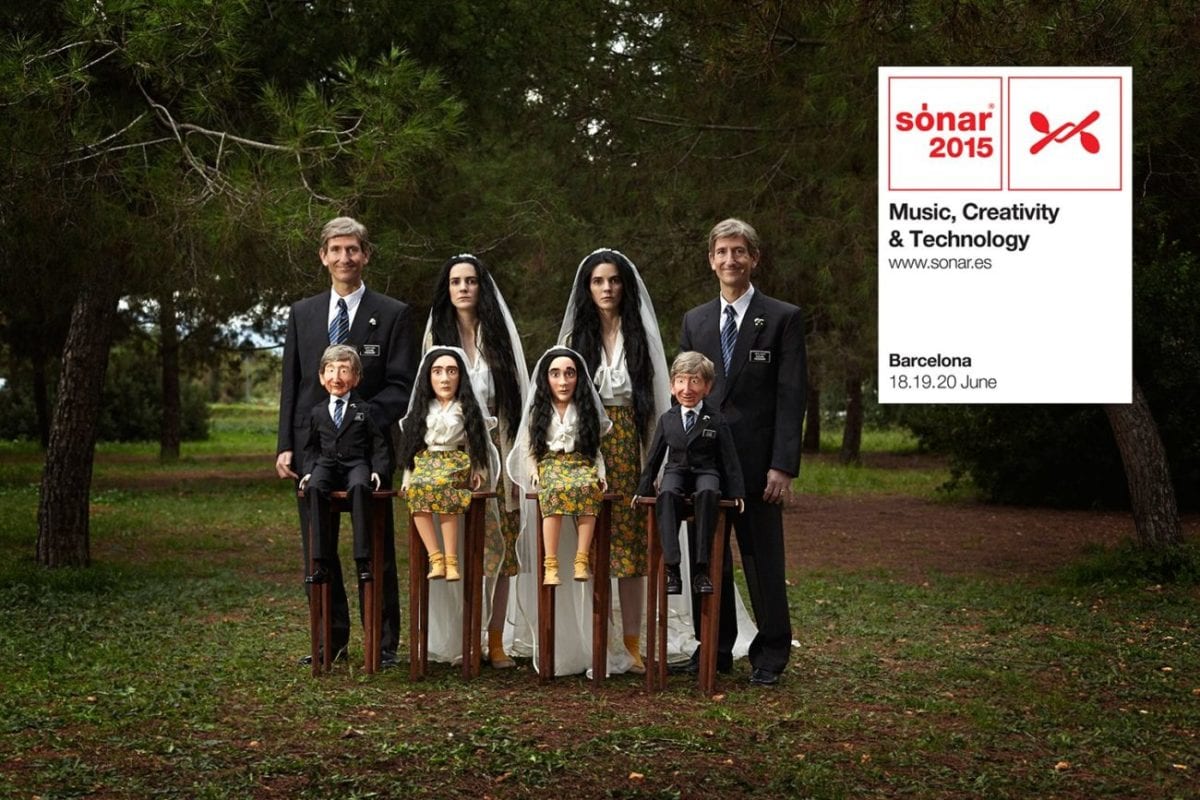 Sónar Barcelona has announced 17 new artists to its line-up, including several big names from the international scene, while also expanding the scope of artists appearing at the SonarDôme stage presented by Red Bull Music Academy.

Sónar by Day will host the 4-deck J.E.T.S. project from Jimmy Edgar and Machinedrum. The two distinguished producers join together under the J.E.T.S. alias to create awe-inspiring syncopated rhythms.

The Italian sound investigator and exceptional talent Lorenzo Senni will bring his own particular deconstruction of 90s rave music (hardcore, trance) with his typical visually striking concert. Meanwhile, Finnish friends Jimi Tenor & Jori Hulkkonen will play the “Nuntius” soundtrack live, the silent science fiction film  that they directed which will, of course, be screened during the performance.

Sónar by Night adds several prominent figures from today’s dance music scene to its stages, including: French producer Rone, who will present songs from his new album “Creatures”, with a story based audiovisual show; English duo Paranoid London, responsible for several of the most exciting tracks on the European underground with an infectious and magnetic sound; extraordinary Luxembourg pianistFrancesco Tristano, submerging himself in techno with songs from his new EP on Get Physical and surrounded onstage by keyboards and synthesizers; American Salva, hybridization master of hip-hop, Miami bass and Chicago house who will play between A$AP Rocky and Die Antwoord; and the foremost representative of the origins of drum’n’bass Dj Fresh, closing Friday night at SonarClub with his fully revamped sound.

As part of the Sónar+D program, the festival presents the striking installation Nyloïd, a huge mechanical spider with 6m long legs moving to pulses of sound.