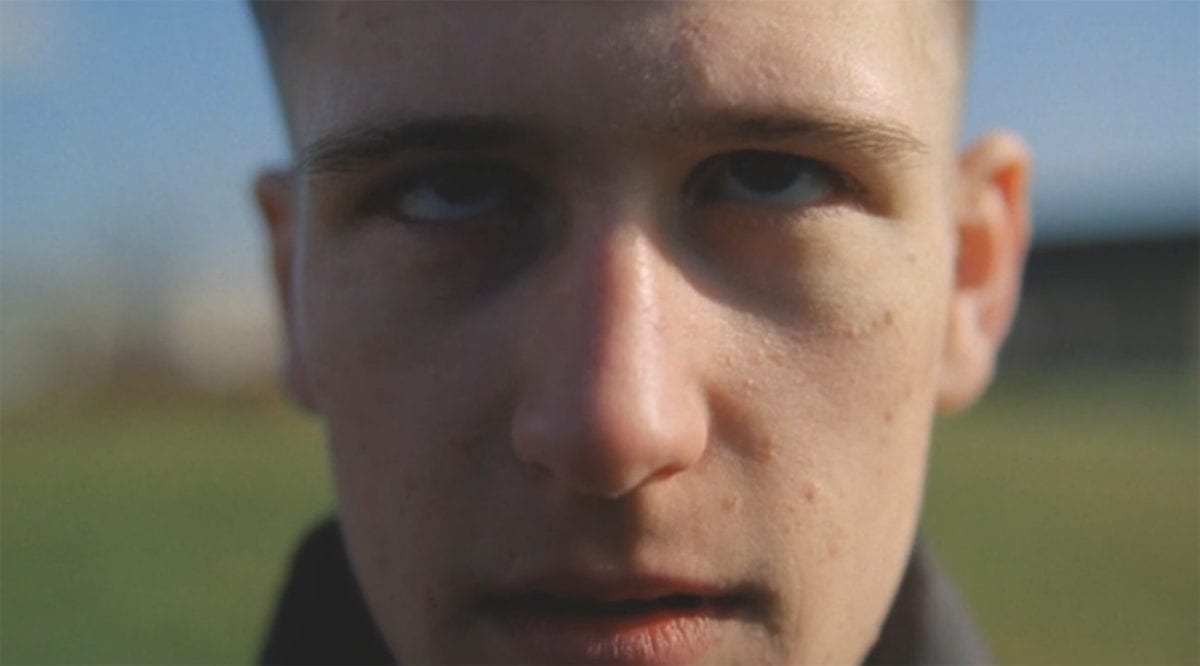 Taken from Clark’s new ‘Flame Rave‘ EP on Warp Records, the intense ‘To Live And Die In Grantham’ has been visualised by Christopher Hewitt in a “rave ritual” short film shot at the Bel Air Chalet Estate, Seawick, Essex.

“The track is a banger. It reminds me of my old rave days. Its also the perfect piece of music to convey different energy states through imagery and action. The fierce first half is all about energy and aggression whereas the latter half is about euphoria and transcendence.

It got me thinking about the archaic, almost tribal nature of a nightclub and how best to tie this into the track. Even though I believe we’re about to see a resurgence in archaic revival, I think as people we’ve kind of lost a lot of the traditions in what make us human. The rights of passage is a big one for me.

The Natives would send out their teenage tribe members into the wilderness. They’d have to fend for themselves over days, alone, without shelter and food, constantly being stalked by the animal kingdom. This ritual would instil patience, self reliance and a centre mind, qualities that would develop you as human being in all the positive ways.

The film for Clark is a modern take on that ritual, maybe a twisted take on it.” – Chris Hewitt

Released this week, ‘Flame Rave’ continues the majestic explorations laid out on his critically acclaimed self titled album of November ’14. A hugely kaleidoscopic listening experience filled with warmth and subtle, unpredictable shifts in mood, ‘Clark’ saw the Warp producer attain a zenith in his output, chiseling his vision of techno into a boldly experimental yet memorable and melodic creation.

Order a vinyl copy of ‘Flame Rave’ through Bleep.

> FEATURE: CLARK ON HIS EPONYMOUS ALBUM