The eternally-recurring phrase “good things come to those who wait” seems to omit a crucial piece of information: more often than not, the longer the wait, the sweeter the reward. This was certainly the case with the 2022 chapter of Solstice Festival.

Skipping the rigamarole of relaying histories of pandemic setbacks and disappointments, this edition was always going to be special — the inaugural edition of the festival in 2019 is a dog-eared reverie of any who were in attendance, and with half the key acts returning in some guise or another, the anticipation of the long-awaited sequel was clearly felt amongst all, artists and attendees alike.

I will paint with words what images do far more succinctly, as the phrase goes: a hilltop, far, far away from significant urban territory offers unmarred views of the quintessential Finnish landscape — lakes, and pine forests, stretching beyond sight. Two major stages, one ambient tent, a few hundred people. It is daytime forever, and a beautiful day, scantly dressed in just a skirt of white clouds on the horizon, everything in sight laid under an azure blanket.

It can’t be avoided that the weather played a fundamental role in the event this year, but it felt only fair. After the somewhat false promise of never-ending sunshine in 2019 thanks to the unpredictable Finnish midsummer, the weather gods acquiesced to deliver the goods for the second edition, with almost unbroken sunshine from the first day to the final moments spent on Finnish soil.

There’s so much to do even before talking about the arts on offer: lay under the sun, blissfully counting off all the things you ought to be worried about, but right now cannot care less for; gaze with unblinking eyes out over the sweeping pine forests, the extension of the Siberian Taiga that wraps unbroken, but for the oceans, all around the northern hemisphere; venturing, gently, around and outside the festival site, climbing hills and letting warm winds carry you upward, or soaking off the summer heat in a lake. At the furthest extremes of forest-bathing bliss, the music felt an almost unnecessary addition to the transcendent experience of simply existing in the nature of middle Finland.

Exaggeration aside, there was far more on offer than simply churning away the ground beneath your feet at a stage: a psychedelic yet starkly realistic art film, vividly depicting life from the micro- to the macro-scale, played through a rather expensive-looking LED screen; an complex wind zither system styled like a speaker stack sang freely to the hilltop in the breezier moments, and those adventuring beyond the confines of the well-trodden paths between stages found a hand-carved wooden turtle rolling on its back.

Foremost amongst the art installations was a large black box, hidden in a grove of wind-and-snow-rattled pines. Clambering, inebriated, inside, the visitor was greeted by the absolute body-shock experience of absolute blackness. A subtle yet powerful soundtrack from none other than Puce Mary was the sole and disorienting source of stability in the dark. It was a remarkable and unforgettable experience that was so compelling thanks to the transformative experience of being in the endless daytime — the eyes took so much longer than usual to acclimate to the dark. In a hectic field of non-stop action, taking that time to reconnect with the senses proves a very potent recipe. 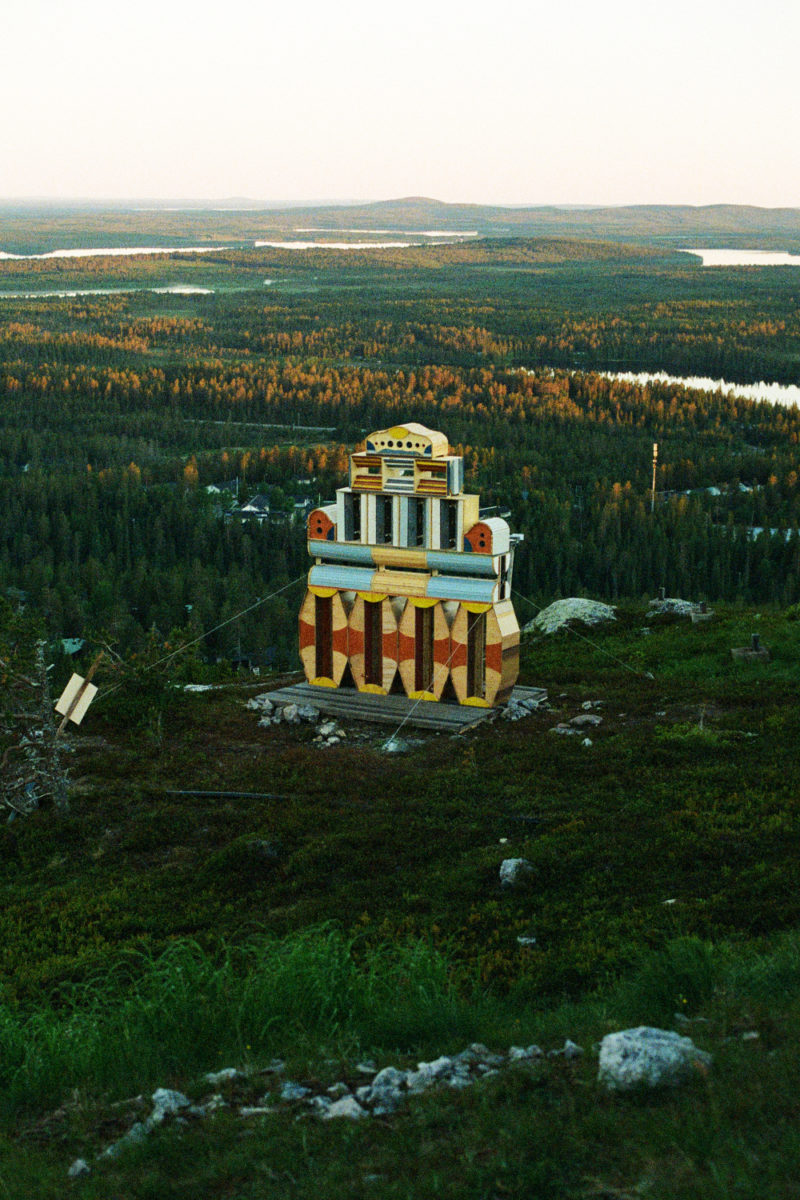 Of course, Solstice is ultimately a music festival, and for all my words till now, the music utterly stole the show. Headline guest appearances featured Vladimir Ivkovic, Hashman Deejay, PLO Man, Raphael Top Secret (all of which played a totally mind-altering b2b in the final moments of the Valley Stage), along with the permanently thrilling Roza Terenzi, Lauren Hansom’s impeccable taste, Powder’s impulsive dance magic, Mad Miran’s throes of contained chaos and the dominating pressure of Mama Snake’s toe-to-toe with Spekki Webu.

So much can be said about all of these acts — each positioned at the perfect moment in the forever-day to deliver their sound at the peak moment of energy — but, with absolutely all due credit and respect to the amazing performances of each, enough has been said of these acts already in reviews and event wrap-ups.

For me, the main joy of the festival was centred on the talent and drive of the local Helsinki scene. Many festivals of this ilk place a great emphasis on the international guests, while — again, in an echo of 2019 — Solstice gives space to the selectors and live sets that make their city thrive with brilliant, and quite unique, music.

For the many around the world looking to experience dance music at it’s finest, Helsinki is not as regular a port of call as Berlin, but Solstice seems to carry a banner saying “you’re missing out if you’re ignoring us”. Two of the prize gems in this year’s collection, Emkay and Sansibar, should already be names that you’re aware of if you’re reading this site, both at the front of a wave showcasing a dance music that truly inherits the meaning of the phrase, inspired by trance but totally on their own planet.

Emkay deserves special credit — with D. Tiffany unable to make the festival, a 4-hour peak-time slot was suddenly thrust on her. Unflinchingly suave behind the decks, each track, every stroke and nudge of the players, wove a tale of utter magic. The next day, apparently not content with killing the main stage dead, she played as gem-K, her “Femme Fatale” alias, in the ambient tent with Sansibar and guitarist/vocalist Grande Mahogany, which might just have been the moment of the festival.

Although the live set was ultimately a delivery of tracks from her album ‘Swan, Lover’s Knot, Dagger‘, released on the Super Utu label, it felt like another world entirely, largely thanks to Grande Mahogany’s bewitching embellishments on guitar, and, oh, his VOICE when he sang ‘Autumn‘… The whole set was spellbinding, as rewarding as it was tough to extricate oneself from the main activities of the festival and venture downhill to squeeze into an over-packed tent.

Thanks to LPs for Kalahari Oyster Kult and FTP sub-label Darknet, Sansibar’s name is no longer a secret one, and is generally a likely culprit behind many tracks you’re wanting an ID for. After Emkay finished that surprise marathon set, Sansibar delivered his, live, a thrilling combination of subtle — yet totally slamming — breaks and modified trance music tropes that set the pressure on high and the dancefloor moving in fluidity for the entire time. Much more can be said, but perhaps it is simplest left that one hour was not nearly enough. 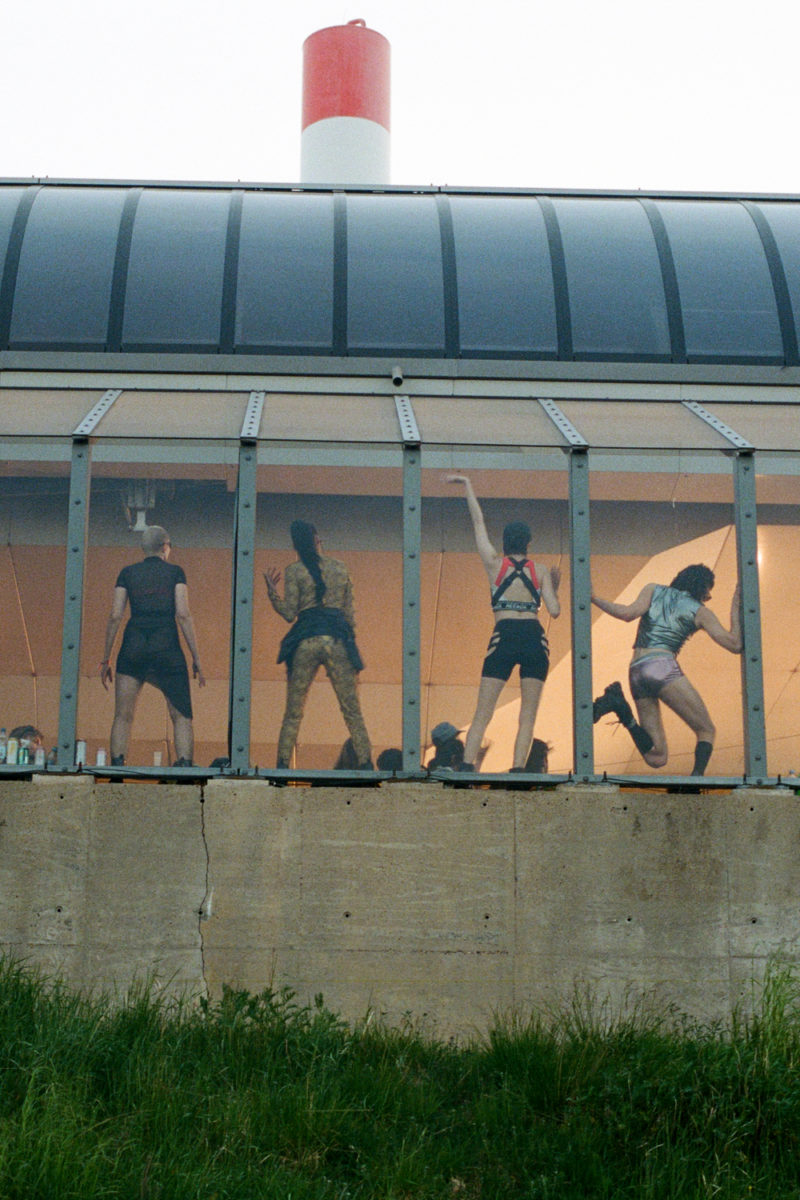 Although these two stole the sun’s eternal limelight the most, there were far more than two names representing the Finnish scene: Denzel and J.Lindroos opened the gates on Thursday with a fantastic party-starter set, swiftly followed by an electric disco set from Cool DJ Pinball (also earning himself the award of best act name); Friday saw plenty of local action too, with OO Recordings’ DJ Aleksi pairing with Jenifa to bring an extra stroke of sunshine fun to the Valley Stage on Friday while Justus Valtanen & Daniel Kayrouz worked the heavy lifting muscles on the top stage.

Elsewhere, Juhani Oivo — something of a local legend in Oulu with years in the game — played a versatile set of omnivorous material, closing out with a few dubstep cuts that gave something to step to for those thirsty for something deeper than a 909 stab, and Emotsiya label head Katerina worked a slightly slower and darker shade of that same trance magic as Emkay.

This year, the festival even roped in Jimi Tenor, the renowned and extravagant Finnish master of groove and vibe. Tenor span a profoundly different kind of set, joyfully in control of his audience, he weaved and toyed with listeners as half the festival lay sprawled and laughing in a sunny heap on the mountainside.

The ambient tent that played field for gem-K also saw a performance from Eilien, an artist who last year released a stunning tape via Prague’s Genot Centre. Their set was a spell, deep ambient and entrancing vocals, and something of a polar opposite to another commendable act that played the tent, Mortar Devotions. Back in 2019 OGNI (one member of the group) delivered an immensely enjoyable solo ambient set as the small tent sheltered from the winds. This year the opposite was true, with the heavy metal / punk ambient Mortar Devotions stirring up a blizzard of saturated sounds on a far warmer evening.

Far from finally, but the last name I’ll commend here, is Antti Salonen. When I first saw him in 2019, daubed all in black, Salonen’s set of Berlin-esque techno and electro were, in my own words, “top-tier”, strung together with “deft mixing”. Those two statements remain true of Antti, but there seems to have been something of a character rebirth, with the all-black look — visually, as well as sonically — ditched in favour of something far more open and fun, and even more accomplished.

Amongst the thunder and crescendo of Ivkovic’s set, Antti spoke with me of Ivkovic’s narrative calling card, weaving steady growth with counterpoint into the fabric of his sets, explaining he approached his sets in the same manner. I’ll admit, I mentally raised an eyebrow, but cut to crunch time and I find I’m struggling to keep my feet on the ground as Antti plays shuddering, hovering sound system weaponry to a captive crowd — and delivering exactly on his promise of narrative, of energetic build and dispersal.

There seem to be many festivals predicated on the idea that bringing in a whole load of huge names from overseas is the best way to enjoy your time. Often these events appear entirely divorced from the acts and names of the local area. Solstice manages to hit both sweet spots in one stroke: incredible world-class DJ’s meeting with a thrilling local scene in harmonic tandem.

It may have been two years overdue, but Solstice thoroughly delivered on an on-sounded promise to hold an unforgettable event. The total escaping to a location so unique and so beautiful remains seared into memory, and while details fade, as they do, and blur into a hazy recollection magically unbroken by the passage of time or night and day, the final impression is one that remains unchanged from that realisation of the very first moments: this is one of the best dance music events in the world. 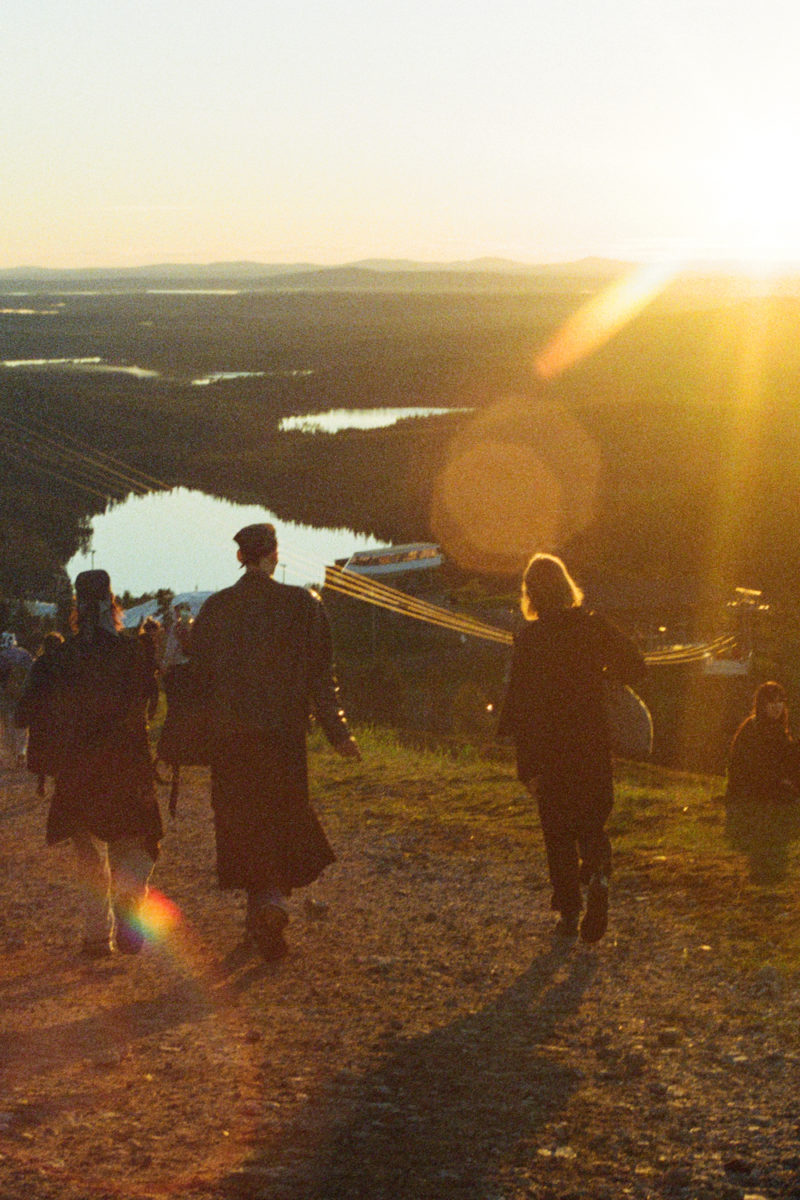