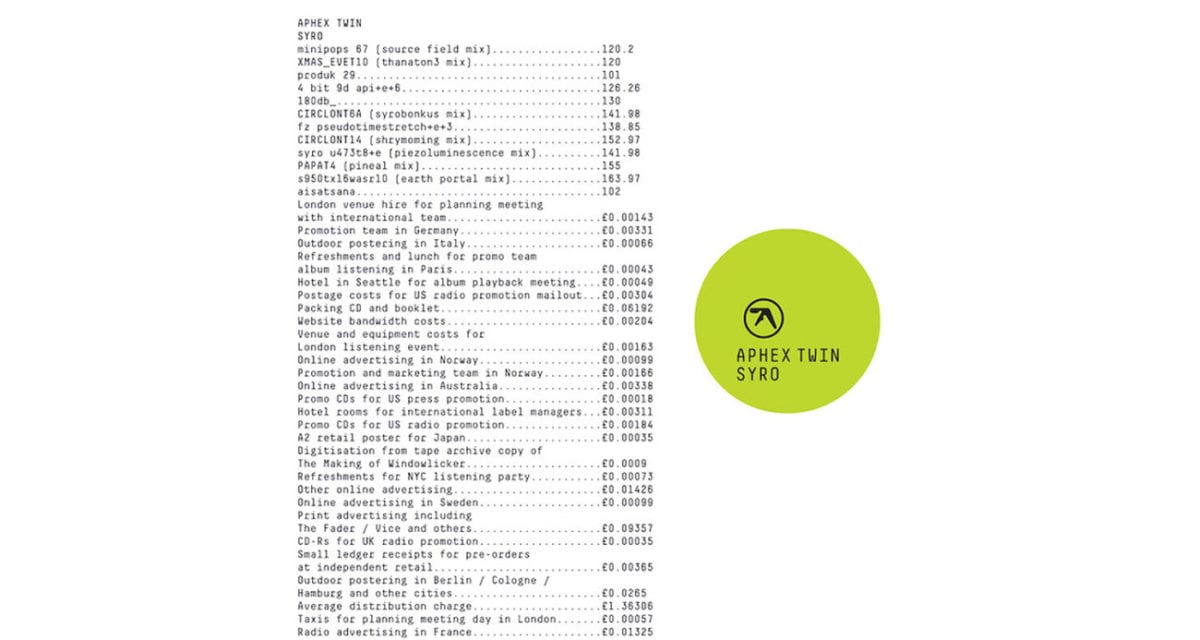 It’s been 13 years since Richard D. James released an album, 2001’s impeccably titled ‘Drukqs‘ LP. We don’t know what ‘Syro‘ will sound like and it’s unlikely that anyone will, until you receive the album in the post or through a legit download link. After such a painstakingly long time waiting, plus the monotonous and droning comments left under almost every Warp release on their Facebook page, “Release more Aphex Twin now you c##ts“, this news is unquestionably a godsend for the masses.

There’s also a limited edition box set version of the album, which will be randomly distributed via a ballot system, you can hastily apply via Bleep, however it’s a hefty £250, so if you’re feeling particularly well off before this bank holiday, why not treat yourself, after all it could be another decade before any new Aphex material surfaces, that is if he can be bothered. Lastly the ‘official’ press release is well worth reading over, which you can do so over at warp.net.