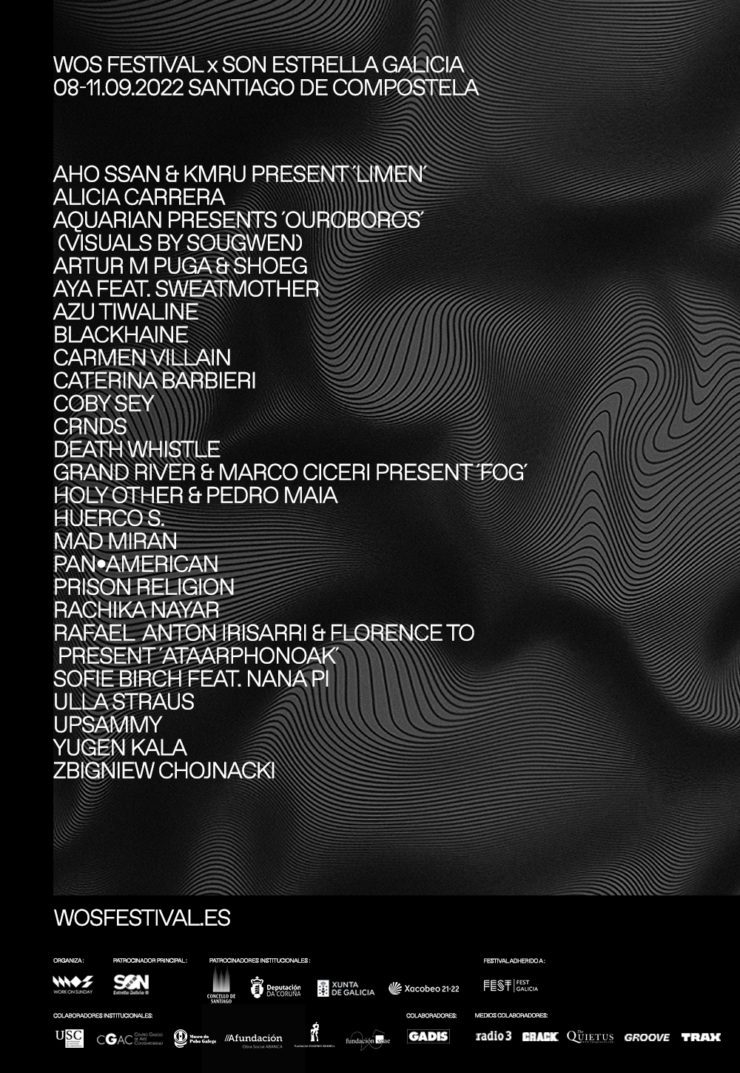 Highlights include an A/V performance from Holy Other in collaboration with visual artist Pedro Maia. Rafael Anton Irisarri (aka The Sight Below) is joined by visual artist Florence To, to present the debut performance of ATAARPHONOAK, an A/V show exploring the manifestation of solar particles entering the Earth’s atmosphere.

Additional highlights include aya working together with filmmaker and visual artist Sweatmother, presenting an A/V work that establishes stories of unrecognised communities, voices and bodies. Berlin-based producer Aquarian presents Quroboros, a piece with a fine balance between experimentation and dance, accompanied by images by the Chinese visual artist Sougwen Chung.