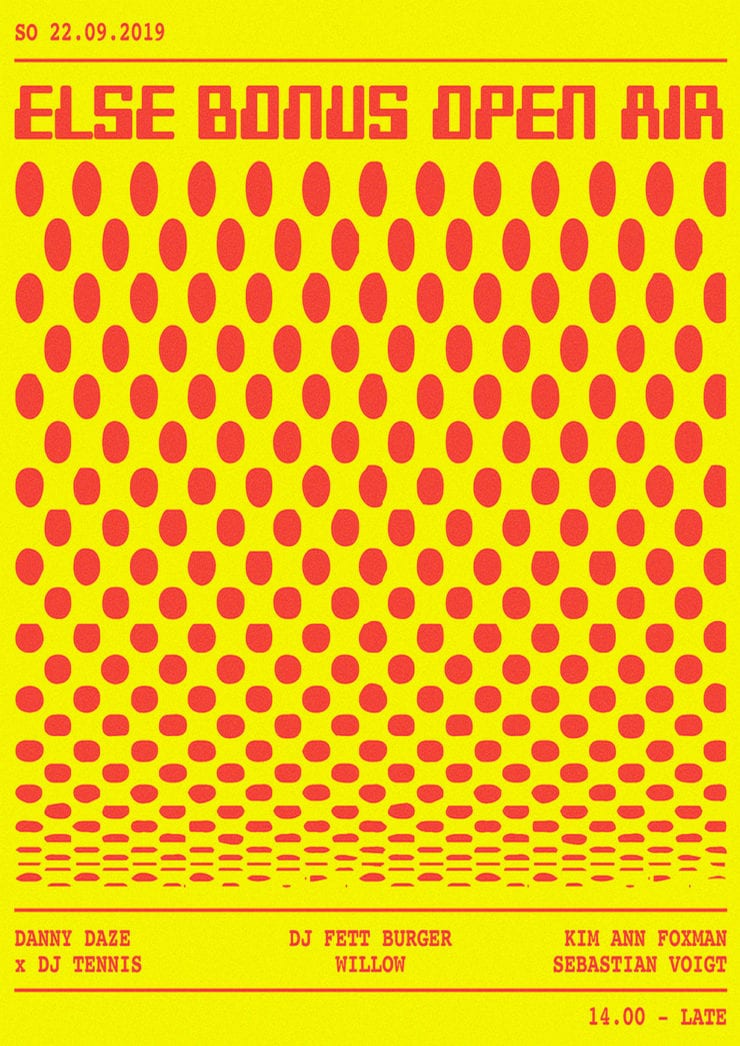 Following Else’s off the chain ‘official‘ closing party with Todd Terje, Jasper James and CC:Disco – the Berlin-based open air club has announced one final fling before fall kicks into action.

Set to take place on Sunday 22 September, Else invite Omnidisc label boss Danny Daze to lay down the fire and the furry with a back-to-back set with Life & Death king-pin DJ Tennis. For those unaware Danny Daze is undoubtedly an electro-luminary, continually pin-pointing and showcasing forward-thinking music through his imprint. Get a slice of the action with our recent premiere of Vivian Koch ‘Vain’.

Willow’s superb releases on Workshop put her firmly on the map in 2016 after years of hard work on the UK underground. Her deep and tasteful sets show she’s not just a talent in the studio but knows how to hold a dancefloor.

DJ Fett Burger also joins in on the action, wasting no time on the dance floor. Expect ruff and rugged sounds of Norway’s underground, combined with the cream of whatever crop he harvests. Support on the night arrives courtesy of Kim Ann Foxman and Sebastian Voigt who will open up proceedings.

Discover more about Else on Inverted Audio.