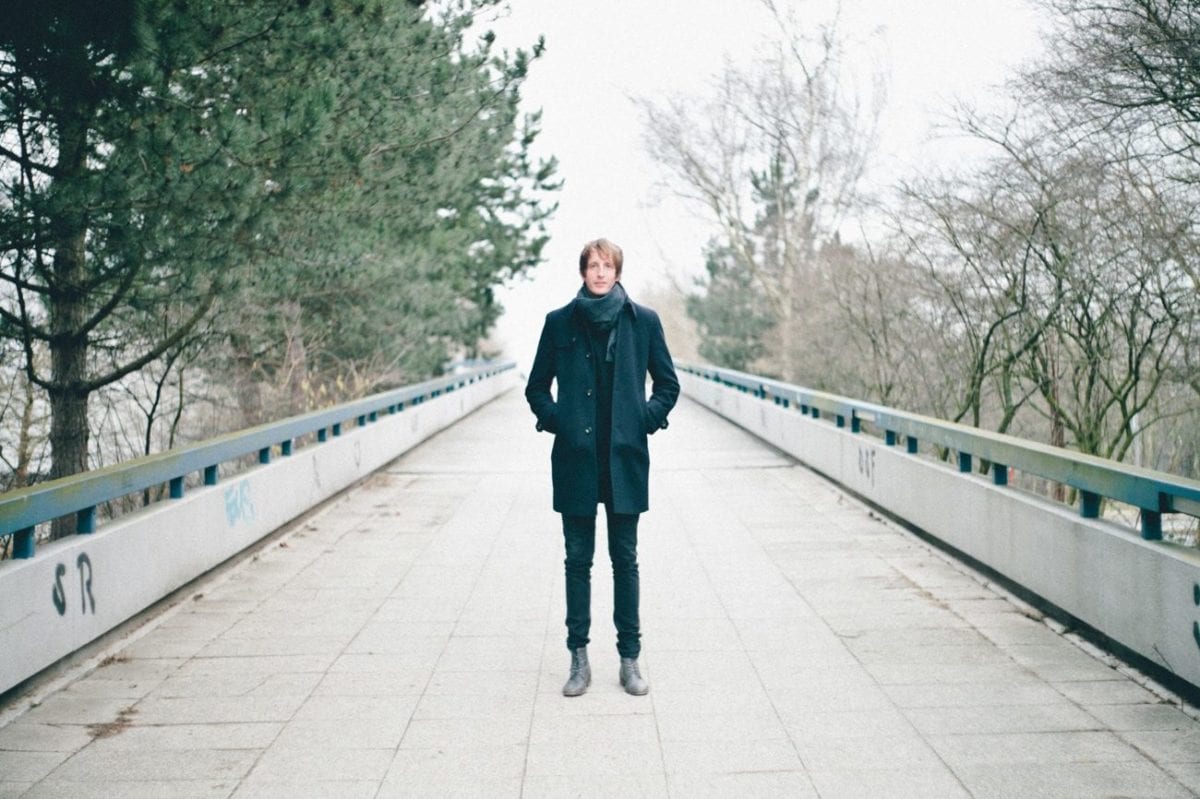 Following the release of his new album ‘Young Alaska‘ we caught up with Christian Löffler to discover what exactly helped shape his new album and how he compares it with his previous album ‘A Forest‘. Christian has also compiled a 10 track downtempo mix tape featuring music from colo, Daughter, Dave DK, Rumpistol, Kiasmos, Bombay Bicycle Club and more.

Traveling around the world appears to have a great influence in your music. What is it about the places you visit that inspires you and how does it affect your music writing process?

I think it’s not a certain place. It’s more about quick impressions you get from every short visit. It’s about the people you meet, smells, tastes, conversations, cultural things. All that inspires me. So from what place I ever went I took a little piece into my music.

Tell us about your album writing process for your new album? Where did you spend the majority of your time writing the album and is there a narrative within it?

It was different to my debut album ‘A Forest‘. It wasn’t made in certain frame of time or at a certain place. I produced a lot music in 2013 but not too much got really finished. I collected many sketches being on the plane, at the airport, etc. I tried to finish those at home that sounded most promising. So a lot of the music was actually made at home.

Did you explore any new production methods, or use machines that you would not normally have used?

The biggest difference is that I switched completely to Ableton. My previous LP was made with Cubase in combination with Reason but playing more and more live-sets made me use Ableton not only for preparing the sets but also for production.

But for the synths and plug-ins it’s still the same set-up that I use for nearly 10 years now.

Do you see your new album as a separation from your previous LP or is it a sequel?

To be honest I don’t see it as an album. ‘A Forest‘ was more about a concept. Having all those ideas coming down to one big thing, the album. ‘Young Alaska‘ is like a collage. A collection of songs that I made over the past two years but they were never meant to be on an album together. It’s just what I had at some point and what I wanted to be released and heard by other people.

What’s the story behind the name ‘Young Alaska’?

There’s not really a story behind it. It’s more like a picture. This kind of music still feels young to me. I have never been a super enthusiastic fan of electronic music. I mean of course I adore a lot of electronic musicians but it is not a world that I really follow. So it stands for something I want to discover. This collection of songs is the attempt to find out where I can go with electronic music.

Who is the person behind the artwork? What’s the significance of the butterflies on the albums artwork?

The artwork was created by me. I know that butterflies were kind of overused in design at some time. But I liked the idea to have them standing for the variety of the songs on the record and it just made sense to send out a single one for the preceding single “All Comes“.

Especially the background was chosen accidentally even if it just fits perfectly with the title. Actually a photo of the calm sea was supposed to be there. But I tried this one and it was love at first site seen aesthetically.

Do you have a particular philosophy on sound and music in general?

I think over all stands melancholy. I don’t know why but I’m pretty sure that you will never hear a happy sounding song from me.

The album features vocalists Gry and Mohna. What’s your relationship with these artists and do you plan to work with them again?

They are friends of mine and we will definitely work together again in the future. Both of them have solo projects that are highly recommended. Gry Bagøien just released a new song on HFN and Mohna’s album ‘The Idea of It‘ is still one of my most listened records on my phone.

What else do you have scheduled for 2014 and 2015? Do you have any new collaborations or musical projects on the horizon?

I’m still working on my more acoustic sounding project which is mainly focusing on the piano. Hopefully I will have something ready to be released next year. Also there are some really good remixes of Young Alaska coming out soon.
Besides that I’m working on a single which is planned to be released during summer.

Can you go through your mix tape and tell us why you’re into each track?

New artists from London with their debut album on Ki Records. Just a really good listening record and an inspiration for me in sound design.

Sieren is a young and extremely talented artist from Germany.

Maher Daniel & Gab Rhome – Farewell At The Gates Of Dawn

You can feel the vibe of the All Day I Dream Parties. I’m proud that I had the possibility to play at their shows in Mexico and USA.

Loving the laid back mood!

Very inspirational use of sounds and a really interesting way to arrange the song.

It’s just what I love about Olafur Arnalds put into dance music.

This one is definitely worth to be called a remix.

I loved Daughter’s latest album and Synkro’s edit brings it to another level for me.

I like nearly everything he’s doing. Big fan of Roman Fluegel.

Christian Löffler’s new album Young Alaska is out now on Ki Records. Read the review on Inverted Audio or buy a vinyl copy of the album on Boomkat or in digital via iTunes.