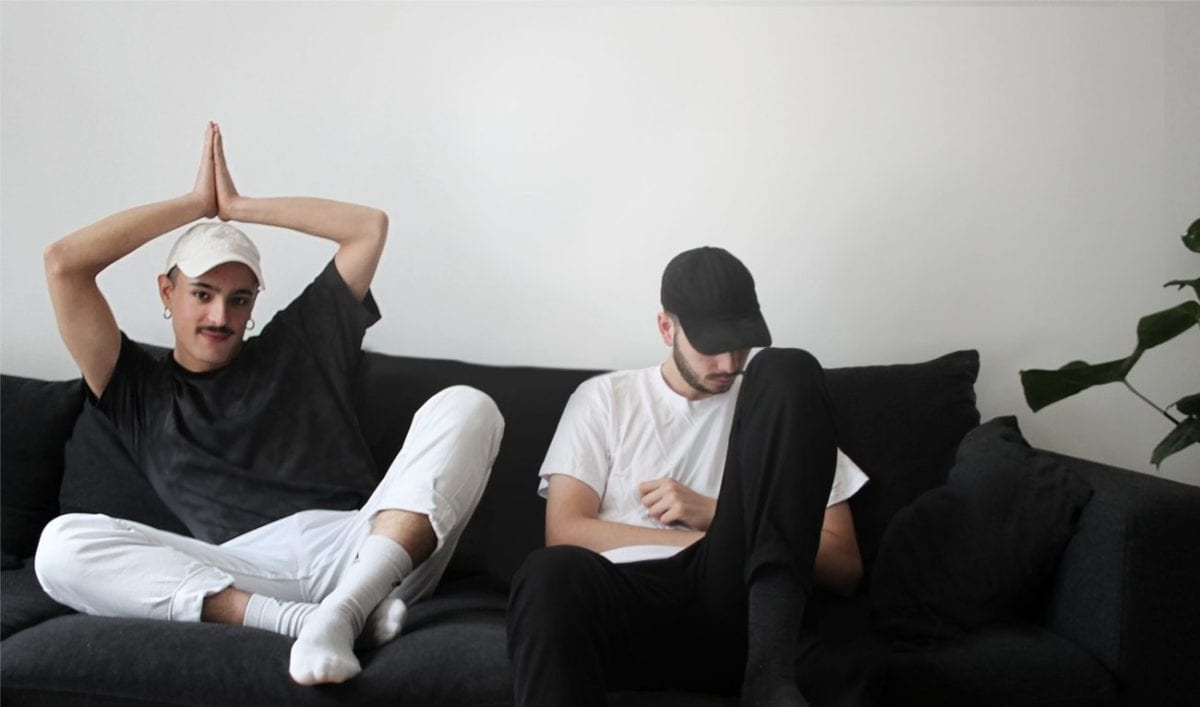 Since the launch of ClekClekBoom – co-founded alongside Ministre X and The Boo, Valentino Mora remained a reliable yet volatile figure in the Parisian scene. Championing a sound which kept brazenly flirting with electro, ghetto-house, garage and techno, things suddenly took quite a different turn with the drop of his debut and only album to date, ‘Kepler‘, released two years ago.

Since this last outing, Mora kept on radio silence, paving the way to his carefully thought-out return to affairs with IDO, a much more personal, spirit-rich project involving longtime friend and Altered Soul Experiment co-founder Amila. As their stunning debut release ‘Body Nostalgia‘ just hit the shelves, we took the chance to sit down with Valentino and Matthieu to discuss the label’s hopes and concerns, radical sound evolution and further release plans.

Hey guys, your new label IDO is about to see the light of day with a debut outing from yourself, Valentino. What’s been the starting point to this new venture?

Amila: The starting point is probably Valentino filling up my dropbox with productions and different projects on a weekly basis. We’ve been spending the past two years or so exchanging music, discussing his production work and our vision of sound and aesthetic.

We slowly realised that our interests were shifting towards the same direction and then decided to somehow try to express all those ideas. The concept behind IDO isn’t really new to us, it’s something we’ve been slowly building together for a while now.

Valentino: Personally, I took a little bit of a break and put my focus on studio work. With Amila’s help, I’ve slowly started to experiment with a wide range of music as he pushed me to find my own sound. The core idea was to never produce anything with the need of releasing it until I had some tracks that had a similar feel and sound. 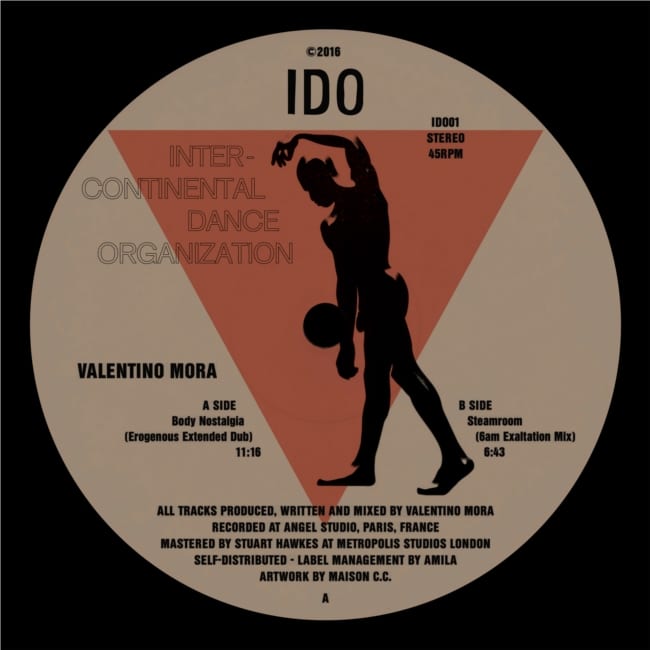 For how long have you been collaborating?

V: We’ve been collaborating on different levels for about two years now. Being radio shows, playing B2B or even traveling together. It’s been a constant exchange over the years tho.

A: We’ve been friends for a while now but only started exchanging on a musical level when I moved to Berlin. After that we collaborated on different projects but only recently kinda took things a little more seriously.

V: We both realised how important the concept of spirituality in music is to us. It’s less about the technical aspect or a specific sound but more of an overall feel. We’re trying to push depth and a free flow of energy and movement.

A: The core idea is to put some feelings into whatever we’re doing. Being both really into that aspect of spirituality within dance music, it is something very important but also very new to us. 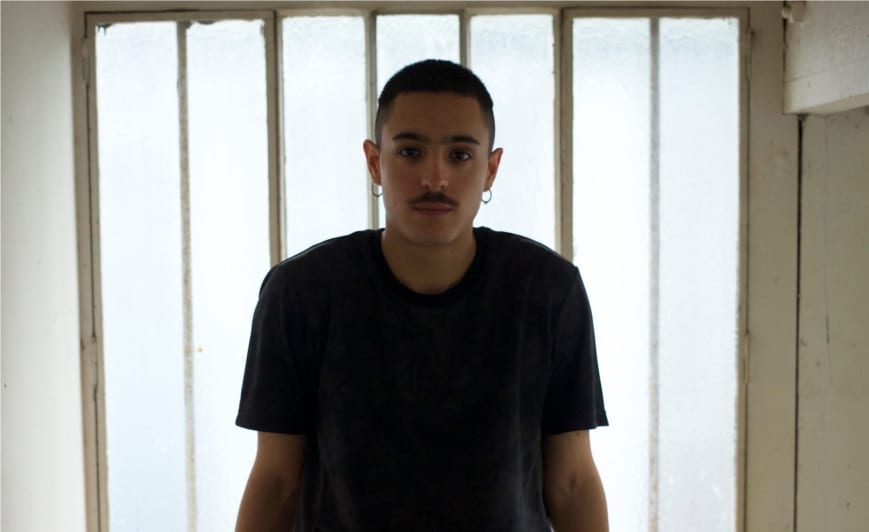 IDO stands for Intercontinental Dance Organization but also means “movement” in Japanese. Is this pun (intended) a way to acknowledge your will to bridge cultures and spaces?

A: We wanted to have this crossover meaning to really connect all the ideas behind the label and the music. It is not so much about the cultural origin of the Japanese word IDO but more a need to connect the meaning of movement with the human and spiritual aspect of our music. Intercontinental Dance Org. is a more straightforward way to connect people with those ideas and not have it tied up with specific places.

V: Intercontinental was a way for us to make sure people understood that we are not just inspired by Japanese culture. IDO is by definition as global and international as possible, although Tokyo has been one of my key influences over the years. 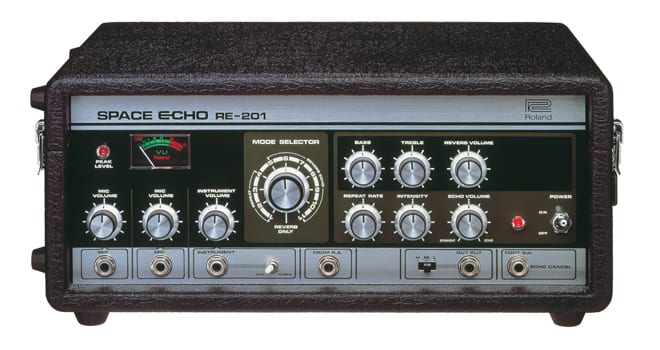 Please tell us more about that debut EP, ‘Body Nostalgia’. When and how was it recorded?

V: It was recorded last year in Paris at my old studio. As we said earlier, I was producing a lot of different stuff at that time but always focusing on slower tempos (usually below 120-118).

I was also experimenting a lot with textures and recordings of instruments. I’ve started playing around with percussions and layered that with that atmospheric sound I’m into. I’m also trying to stretch my production and put some effort into building a real sense of time within the tracks. That’s why you can see the A side is getting a 11min workout.

What gear did you use the most?

V: On this one, it would probably be MPC for the drums and Waldorf Q for all the textures and synth. Everything was processed in a Roland Space Echo and various bits and pieces to get that warm feel.

What were your main influences for this record?

V: I was listening (and still am) to a lot of early ambient house record so they could have somehow influenced my sound but I’m also really into afro-cuban sound and musical heritage. 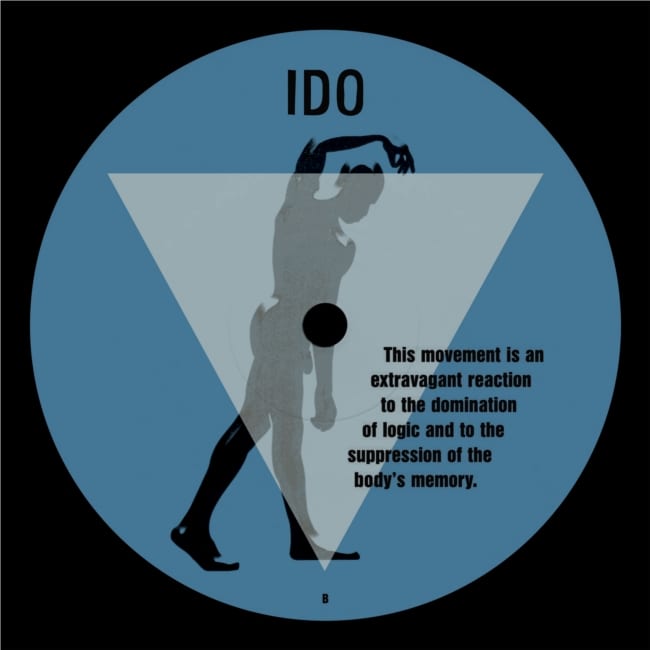 You mentioned the EP was inspired by the “ever burgeoning electronic music culture” of Berlin and Tokyo. How do your environment and surroundings reflect on your work?

V: After spending some time in Tokyo and Berlin, I realised that those cities were offering a real alternative on the way I was interacting with people and surroundings. They both, in their unique style, offer some sort of freedom (trying to not sound so cliché) and more importantly let you experiment with yourself and what’s around you. Paris never really offered me that.

What kind of feeling did you want to convey? Do you think of it as a manifesto for the releases to come?

V: I think the body of work showcased in my first few releases on the label will be the footprint to hold onto. Rather than focusing on this one particular EP, I’m trying to build links in between EPs and releases. I was shifting really quickly in the past. I’m now trying to appreciate time and space a lot more and that will reflect in the music hopefully. 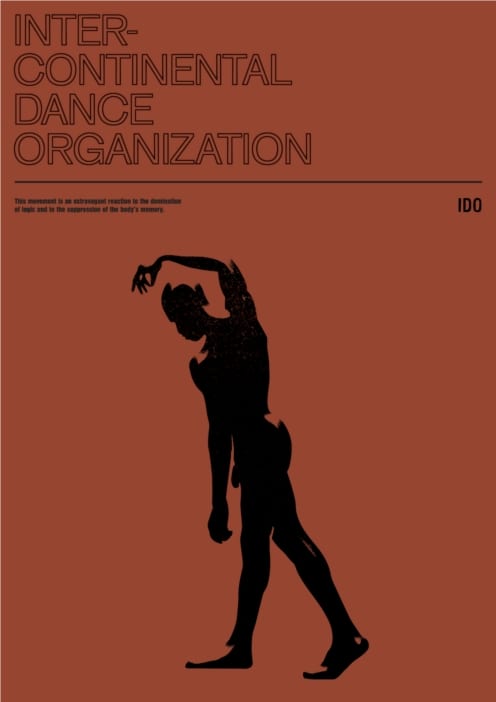 Body Nostalgia follows a further introspective, hypnotic trail. Is it fair to say your music is getting more and more personal?

V: Yes, everything is now a lot more personal than it used to be. I used to focus on a more mechanical aspect of music production and showcase sound rather than depth and feelings.

Can you tell us more about the direction the label will be taking for the next couple releases yet?

A: It’s all very organic and we’re building the label following core ideas and concept. Those will take different shapes and forms in the near future. We’ll be trying to find other artists to connect with but the next release will be another one by Valentino that’s yet to be polished.

V: We’re doing a first IDO event in Paris over the weekend and playing B2B for a special extended set. I’ll be playing a few shows in Europe and getting my appartment/studio sorted as I just moved to Berlin.

A: I’ll be harrassing record shops and buyers so they can grab some of the Body Nostalgia EP. I’m also about to release a new tape on my other label, Altered Soul Experiment.

Body Nostalgia is out now via IDO, order a vinyl copy from Bass Cadet Records.

Discover more about Valentino Mora and IDO on Inverted Audio.