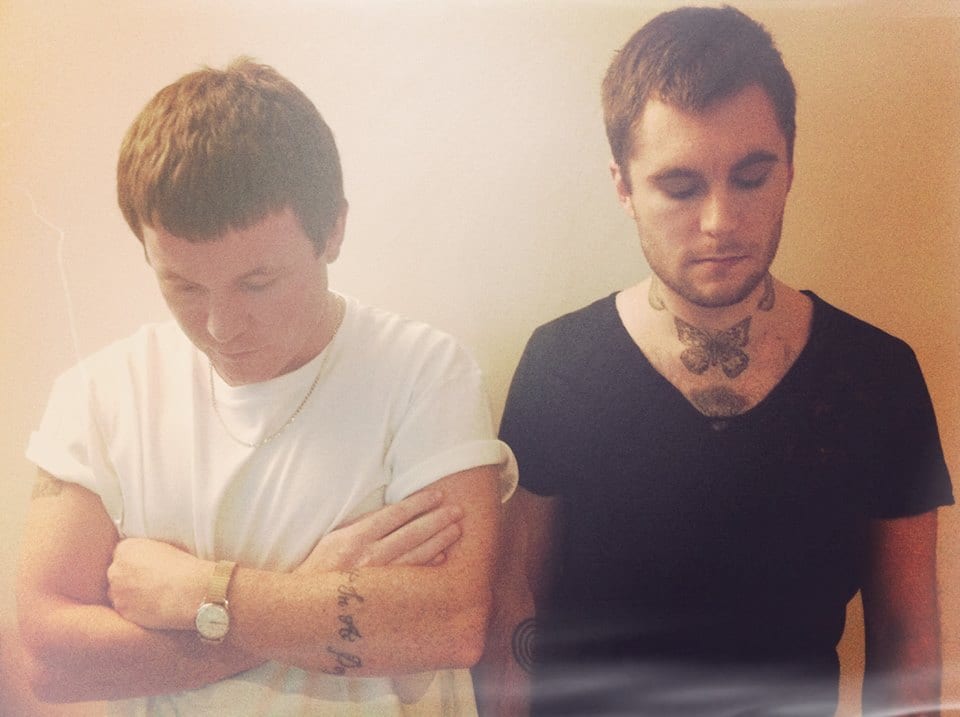 With party revellers participating in the (now notorious) launch weekend of Warehouse Project 2013, and freshers seeking out lurid parties, all seemingly titled “Thump”, “Fresh”, or “Mashfaced”, there was a slightly more intimate and sophisticated vibe happening in the basement of Manchester’s Deaf Institute on 27th September 2013. Fortsetzen is the phoenix rising from the ashes of shuttered club night Continue; an apt title as it is the German translation of the word “continue” itself, and a nod to the parties also hosted over in Berlin.

Pushing past a crowd of confused freshers, and enjoying an exchange of “FORT-SET-ZEN? DOWN THERE? YES?” with the equally confused bouncers, we descended into the Deaf Institute’s basement. With a capacity of only 80 and a fireglow drenched, Victorian garbed setting, the cosy nature of the venue fused a community out of the attendees, settling these select few in and encouraging interaction.

The crowd itself was receptive to a more wizened approach to a night’s progression, and a desire for non-conformist sounds was satisfied. Fortsetzen’s sonic landscape was expertly laid out, avoiding the pitfall of launching off with bar groove house ad infinitum; the warm up started with Jimmy Nadir’s excellent hauntology and shoegaze set—featuring Boards Of Canada’s standout from Tomorrow’s Harvest, New Seeds, and Death In Vegas’ Lightning Bolt—and gradually shifted up through the gears via Tommy Kindred’s authentic funk set and some low down gritty house from Radley.

Then Winter Son & Jozef K themselves took control of the booth for their live set. Essentially a preview for their forthcoming works, it married retro edged house with cavernous gothic edged techno, making the previously languid groove suddenly fizzle with energy. Rounding off the night was the appearance of Facebook mix competition winner Antidote, who continued turning up the heat with a skeletal techno set, and a firing set from Manchester scene mainstay Oliver Byrne.

As one of the team behind Continue and Fortsetzen, and taking a spot as resident alongside Winter Son—with whom he has already shared a well received release with on Sasha’s Last Night On Earth imprint—Jozef K had a few words to say after the event:

With Fortsetzen translating as “continue”, what was the driver between finishing previous night Continue and moving forward under this new name?

We had some mega parties with Continue, but when Sankeys closed we wanted to start something new that was entirely our own. Berlin was easily the biggest influence behind the night and Mitch, the other promoter, had just moved there, so it only seemed right.

What is the philosophy behind the two nights?

Booking the acts that will play the best possible music, and to push things forward. Or sometimes to look back. It may not make sense to anyone else but we know exactly why we do what we do.

You’ve already played in both Berlin and Manchester Fortsetzen nights, is there future spent in airport lounges in the foreseeable future?

Definitely, yeah. Getting some parties lined up for next year already. Also gonna do something special for the birthday in February. Maybe a dual city celebration, we have scoped out a couple of potential venues for it over in Berlin, just having to sort a few things out.

Fucking love Berlin to be honest, I would move if Winter Son would come with me and bring the studio. Though I’m not sure it would be the best idea as there are too many amazing clubs and club nights to attend, and I have limited self-control!

Do you feel this small and intimate approach offers something different to the dominating Warehouse Project events?

Yes for sure, the crowd attracted is very well educated and the atmosphere is much more focused. There is a family feeling as well now that people are getting to know what the brand is all about which is beautiful. There is a good energy.

You’re resident of the Manchester night alongside Winter Son, how did your partnership with him come about?

I met him in Berghain, remember he had a Bauhaus t-shirt on and we got talking. Musically, we were a huge match, even though I thought he was Goth. Then again, I suppose I found out that I was one as well without realising it.

We’re a bit of an odd pairing on paper, and to look at too, but musically we share a lot of the same mentality. Coming from different backgrounds has resulted in our tracks sounding the way they do; they are quite dancefloor, which is from my background having practically lived in clubs since I was 17, yet there is a lot of emotion, feeling and texture going on too, as Winter Son is one half of a post-punk electronica band called Ghosting Season.

It was a real stroke of luck that we both met each other when we did. Thomas wanted to do more club stuff and I wanted to add a deeper meaning to the music I was making at the time. I was struggling to fuse what I was inspired by outside of club music into my production, and Thomas has helped me massively with in developing this. The timing was perfect, and we often mention that.

We both hope this combination makes for an interesting end product that can be listened to both at home or in a club, which is our ultimate goal; to create soundtracks to people’s lives not just for on a night out.

How did you feel the first time performing live together went?

Decent enough for a first time, though considerable work is needed before I have the level of control I want to have over it. It was nice to get the first one out of the way and learn from it but there are tonnes of improvements to be developed.

We are doing our first ever gigs at proper band venues, as opposed to club nights, this Thursday and Friday in Sheffield and Leeds, which is something I am really looking forward to as I have always wanted to play at a live venue. We are supporting Stubborn Heart, who are a really great act that we are both honoured to be sharing the stage with!

Any more exciting news to come from this pairing?

Well yeah, we have got tonnes of records signed recently to some amazing labels that we can’t announce just yet, though it’s hard to keep a lid on it. These are all set for release next year, and I have one solo EP coming out at the end of this year.

Also, what is next on the roster for Fortsetzen, what are we going to be looking forward to?

More nights focused on what we feel is important which is the music and the spirit… not the image. Though having no image is an image itself so it is impossible, but the idea is there.