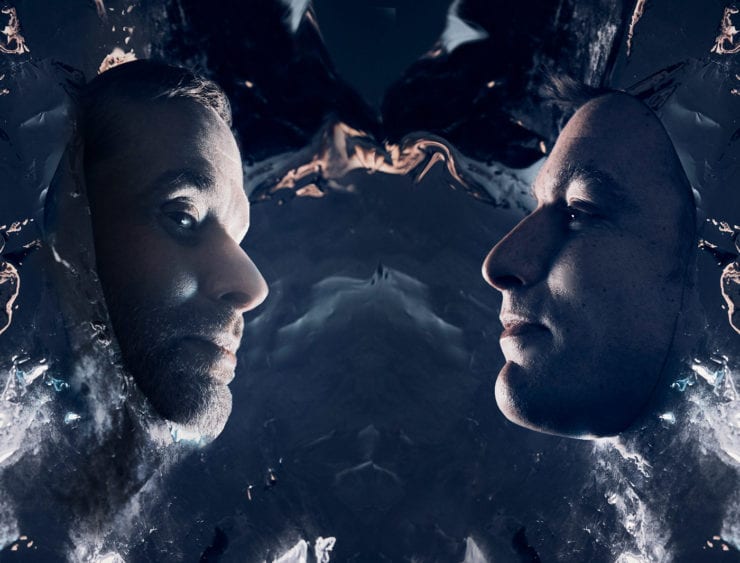 With 30 years in the music industry, Plaid have continually approached electronic music from new angles with a career including film scores such as Tekkonkinkreet through to diverse collaborations with the London Sinfonietta and Southbank Gamalan players.

Their new album ‘Polymer‘ is no exception to this approach – all the classic Plaid melodies are here interwoven with acoustic instrumentation and advanced synthesis techniques. We caught up with Ed Handley and Andy Turner to chat about the release, politics, synths and where, precisely, they find those amazing melodies. 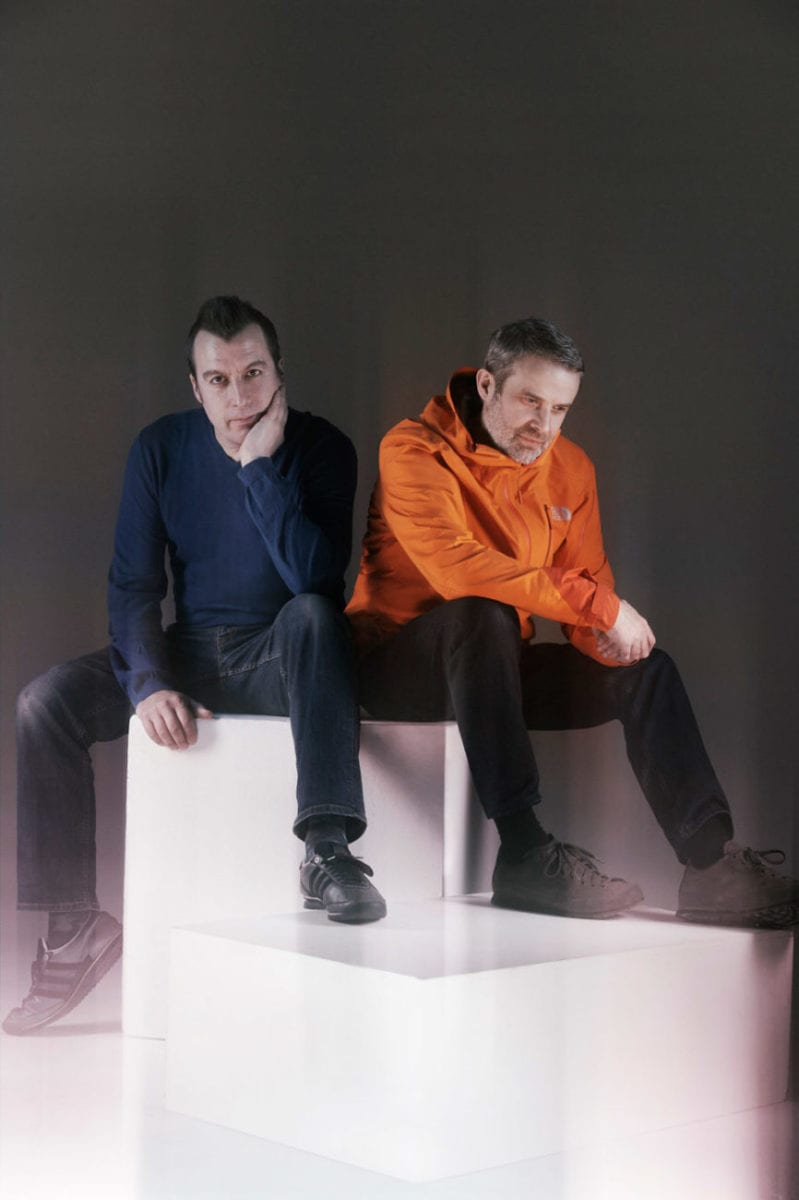 Firstly, many congrats on Polymer! What’s the secret to your continual innovation and have you ever felt restricted by the genre Plaid sit within?

Andy: We’ve never felt confined by genre…we tend to employ loads of different time signatures and a wide range of tempos. We have also collaborated on almost all of our albums with Benet Walsh who comes from an indie rock background. We’re always a little bit baffled when people listen to our albums and place us in a particular genre.

We do seem to have a production that has a particular sound and maybe a certain melodic sensibility – but stylistically we don’t feel slotted in to any particular genre… there’s not a clear intention other than to make music that we enjoy. We selfishly make music we like as individuals and hope people enjoy it!

There’s definitely a ‘Plaid’ aesthetic – a kind of chromium edge that gleams with digital exactitude around Ben’s clarinet, guitar, violin and mandolin. Can you tell us a bit about your production process?

Andy: We’re very much software based at the moment, although we came from a hardware background. We felt like we’d explored hardware the best we could and since we got our first Mac in ’96 we’ve progressively had less hardware…especially as computers have become more powerful. We find you can make more interesting sounds with software on the whole, there’s so much more potential to modulate different parameters. This time we worked a lot with a synth called Loom, a lot of Madrona Labs software and a synth sampler called Falcon – they give us more potential to tweak sounds and to push the synthesis a bit.

Ed: We’ve done a fair bit of MaxMSP over the years but Falcon has a lovely built in scripting language based on Lua which is very simple to code. You can write your own scripts that become sequencers or modulation sources adding randomisers, Markov chains and various probability based methods. It’s one of the fun, unique aspects of electronic music that we feel almost feel obliged to explore.

Listening to the melody and rhythmic interplay featured in tracks like ‘Dancers’ and ‘The Pale Moth’ – how do these melodies and ideas manifest themselves during your process of composition?

Andy: Finding an idea is literally that..it’s already there but you just have to identify it. We don’t feel like we are writers in a way…we’re more like explorers, waiting to identify a new riff or melody. There’s a little bit of us doodling around on keyboards or listening to a patch generating random notes in a certain key but we’re always kind of waiting to find the right combination of notes that resonates with us. We try not to make it an egoistical thing…it feels more honest that we are just finding these things rather than that we’re these amazing composers just writing melodies. 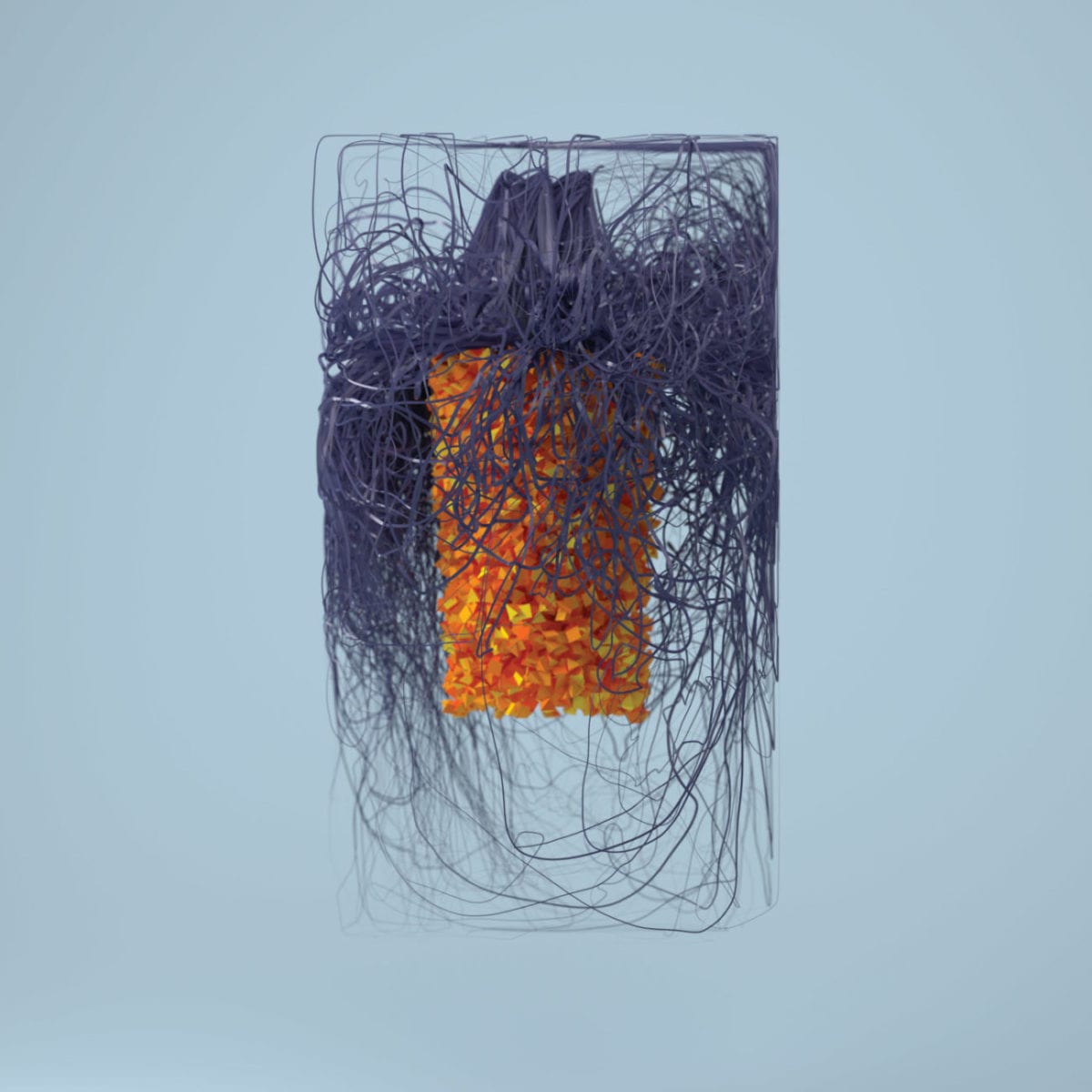 Encouraging for any producer seeking melodic inspiration! Are there any recommendations you might give to producers just starting out?

Andy: Often the originality is in the mistakes. You might try and make a drum and bass track but don’t have the skills so it turns out a bit weird..but that kind of weird is something new..something stranger and more exciting might come out it.

Ed: Don’t be afraid of mimicry at first…as you go through that copying process you discover your own self and learn the technical side. Going straight in and creating something original is not a fair expectation… learning in public as you go along is also great – there’s something to that naivety and lack of formal knowledge that can be really interesting.

Have you ever considered a complete change of sound or set yourselves strict parameters to work within?

Ed: We were going to do a guitar album not that long ago – we ended up with an acoustic guitar, smashed it to bits and sampled it as we went along and got some brilliant sounds of strings snapping and wood fracturing.

We both started writing things with the samples but found it a little bit constrictive. Putting on those artificial parameters might work for some but we take two to three years to write an album and this restrictive method doesn’t give us the freedom to express ourselves.

There’s an occasional harder edge to Polymer than previous recent releases…. ‘Recall’ and ‘Meds Fade’ are particularly strident, muscular and, dare I say, angry? Perhaps not surprising given the album’s “clashing themes of environment, synthetics, survival/mortality and humanity’s (dis)connection”….

Ed: Yeah we are angry and frustrated at things like Brexit and the rise of populism. It’s genuinely upsetting and that comes out in what you write. The aggro tracks are expressions of frustration as we feel dis-empowered – we have no real way of influencing things apart from screaming on social media and having the odd march.

Andy: It’s such an odd situation. As we see it the people who are angry in the first place – with the fact that money isn’t trickling down like the way it was sold – those very same people are supporting people like Nigel Farage who have come from an investment banking background and are the very same people who suppressed them in the first place. There’s a frustration that people are inviting more of the same through their actions.

Ed: You’re hearing us a bit pissed off on this album but obviously sometimes you have to go the therapy route and write something pretty. 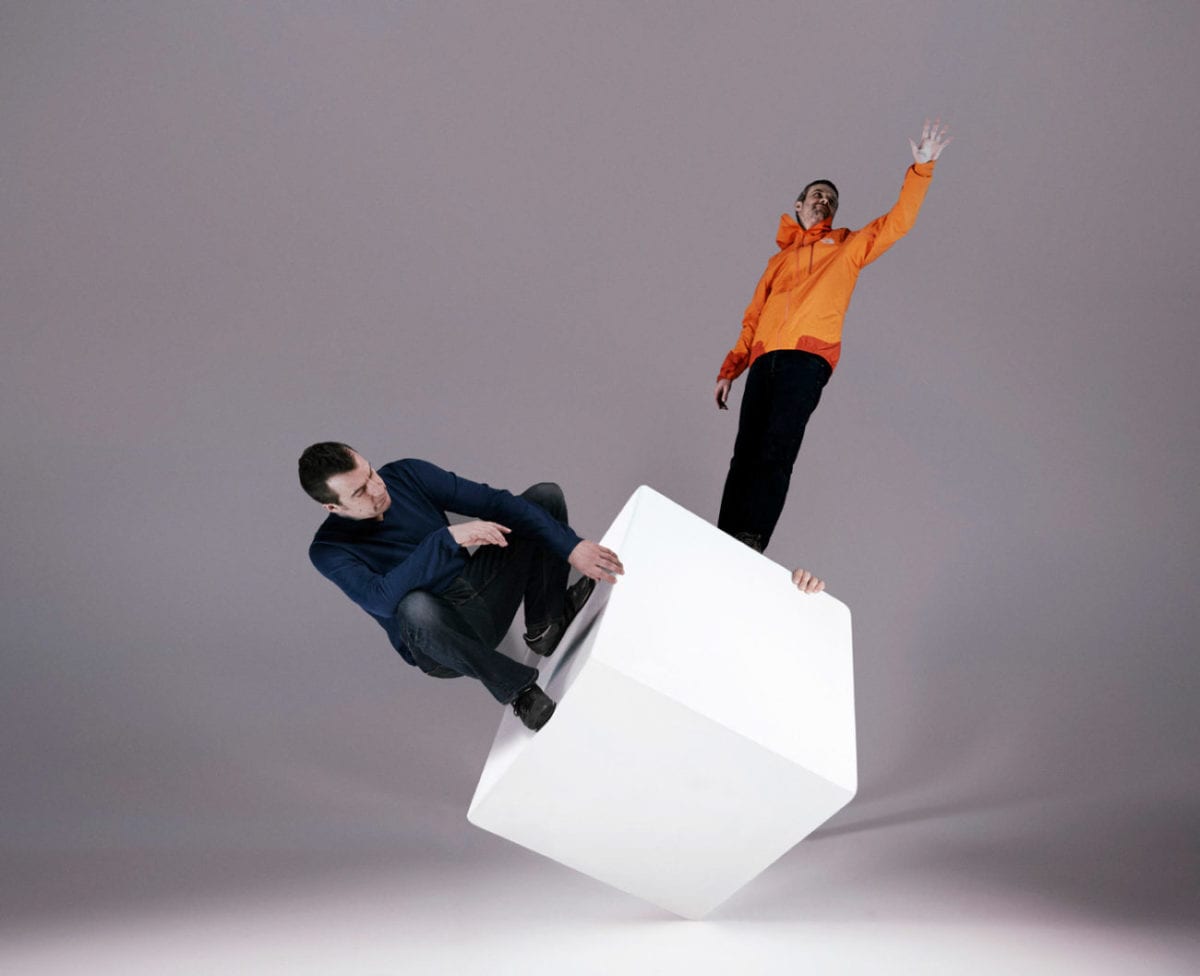 What do you make of the current electronic music scene?

Ed: I really like Bandcamp where you can explore different artists from all over the world and they are all doing their own take of electronic music with bass, house, techno influences.

I’ve been listening a lot to On The Corner Records where producers from Africa have heard stuff from America and Europe and are adding their own traditional elements….and these enormously diverse elements are keeping electronic music alive. We are certainly at one of the best times for listening to music…. but perhaps not the best time for making money from it.

Finally I wonder what do we have to look forward to in the future from Plaid?

Ed: We’re hoping to do some more film work. We’re continuing our collaboration with Felix Thorn (Felix’s Machines) even though he’s moved to Japan…we have a gig in Portugal with him and might also release  some tracks with him as an EP or LP.

Andy: We’re also co-producing a new album for our co-writer Benet Walsh (who we’ve been writing with since ‘Not For Threes‘ LP and who co-wrote four tracks on Polymer)…it’s under the name The Bee and is sounding fantastic….really uplifting and healing…so look out for that.

‘Polymer’ is out now in vinyl, CD and digital formats via Warp Records. Order a copy from Bleep.

Discover more about Plaid and Warp Records on Inverted Audio.