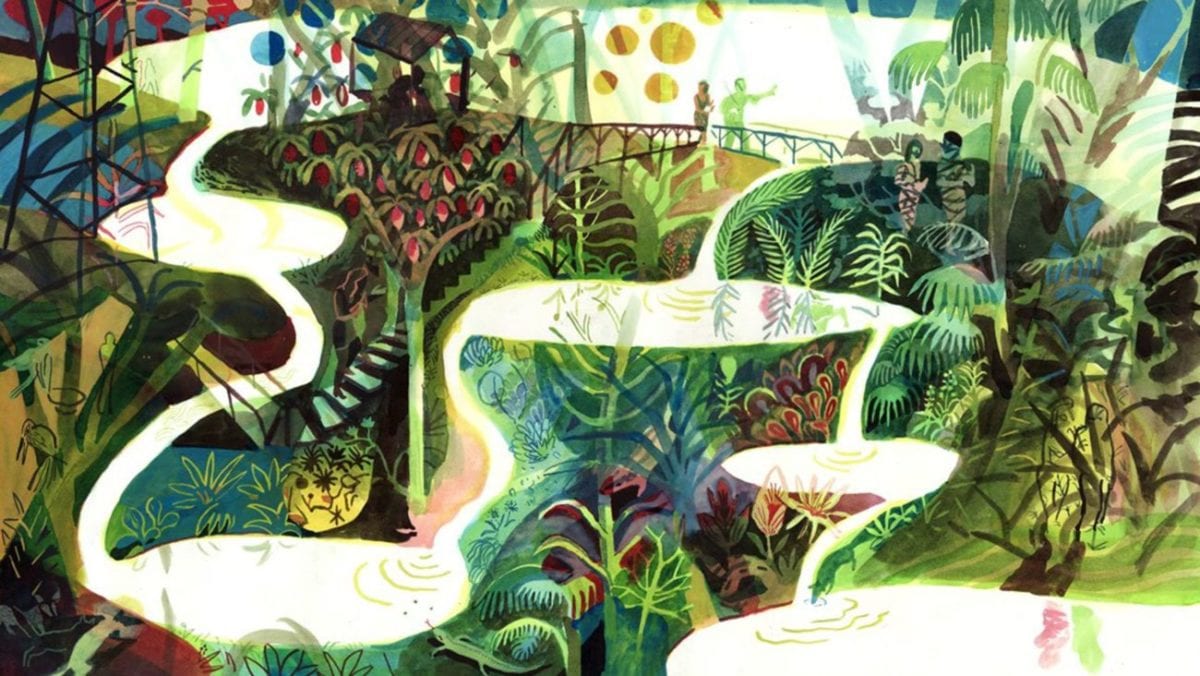 May has radiated plenty of heat to record store shelves, setting turntables ablaze and melting styluses with lava grooves. Legs are numbed, hats flourish and festivals now take over our lives: Yes, Summer’s here so come take a listen to our pick of May’s finest tracks. On the menu is a high vitamin cocktail of warm grooves and ethereal melodies, deep scapes and scalding-hot synth radiations. Drop off your shoes and get your feet to the nearest beach.

Jack Jutson and Liam Butler dropping the magic again. Take a bit of mellow trumpets sprinkled like chocolate chips upon languid flows of creamy piano chords, add a lush swing science to the whole and you get one of this year’s finest tunes. Summer anthem.

2 Flyer ‘Get Back Your Love (Samo DJ Edit)’ [Public Possession]

Following his stunning reshuffle of Rolf Trostel’s It Is War In Europe on Tai Po Kau, Samo DJ got cracking with bringing Flyer’s 1983 dreamy synth serenade Get Back Your Love to the closest dancefloor. Epic success.

After a couple of solid 12″s as 45 ACP on Dog In The Night and Odd Frequencies and two others on French imprint Antinote under his original name, DK Chau returns with a mini LP for Ron Morelli’s label. Melting together late-night grooves with some sun-streaked synth flexures, the French producer nails it from top to bottom.

With The Stoop, Nebraska’s art of the loop-operating displays in full, developing a truly hypnotic ambience with its smokey cotton club flavor and free-jazz bass-fiddling laced with city sounds samples that add a rather organic touch to the whole. Superb.

Stop is a monumental track and it’s the album’s only duet between the otherwise alternating Omatoyo and Rahel. Initially it feels like we’re led into another floor-filler but what proceeds is a motoric twirling vortex of sound involving all quarters of the album’s cast.

DJ Richard’s Nailed To The Floor came out back in early 2014. Since then, White Material put a halt to their release schedule, finding us desperate to see the NY-based squad get back to affairs. Morgan Louis’ debut marks their longed-for return with class, delivering an array of atmospherical house cuts tinged with meek ambientisms, mixing an on-point texture-crafting with stylish minimalism. Classy.

Freshly landed on Athens’ banks via Echovolt, L Neils clearly steps up his game with that jaw-dropping Beta EP. From the stomping rhythm and abysmal-depth of 7th Chapter to the acidic bass prisms and broken-beat galore of Beta, this sophomore effort knows no low. All killer no filler.

DJ Koze is about to drop his eagerly-awaited DJ Kicks selection and this track’s just the epitome of what you could expect from the Pampa Records honcho. Unfolding staggering loops and truncated vocal morsels tied up with a spellbinding, string-laden melody, Koze delivers.

Ahh, Tone Loc and its Andean groove, pan pipes blazing over a canopy of astral pads. The track is well representative of Geena’s special blend of organic solutions and synthetic chemistry, tribal-like programming and software-infused dancefloor science. A successful cut of cosmic house.

His excellent debut EP on The Trilogy Tapes didn’t fail to attract interest from other labels and it’s now on Young Turks’ offshoot Whities that Minor Science returns to drop another half-reflexive, half-exhilarating plate of subtly-constructed house material. Schizophrenic and lush.

Art Crime’s piano tunes are quite something. While zenithal arpeggios come rippling and skimming upon glassy textures, heavy kicks break amid elegiac pads. The producer then toys with both exhilarating rave-y accents and meditative introspection, veiling his dancefloor acuity with a dash of gauzy mystique.

The new Mörk release comes from Swiss-based Tissu and what a promise. The young producer puts on display all his ability at developing riveting ambiences along with a very fine sense for laid back acid rollers. Smoothly stunning.

With two releases dropping on HSD and Opal Tapes within a couple of weeks, J Albert’s schedule is full and Pick Me Up (Dub) is probably one of the tracks that will catch most of the attention. With its dainty synthlines unfurling and resorbing in dubbed-out scapes while muffled kicks and relentless hats lash their way to more dancefloor-friendly horizons, the tune grows seriously addictive.

Galcher Lustwerk has rarely been so productive. While launching his eponymous label with two EPs of his to drop in a row, he also graced Ghostly International with a track for their Ghostly Swim Vol.2 compilation. And to say the least In The Place is the exact prototype of a good Lustwerk track, from the diaphanous sleekness of the textures to his inimitable suave vocals. It all feels so easy.

The guys of Svida may remain unknown to most yet, that EP for Kretsen shall change things and bring some deserved recognition to the pair. The first track off the flip side is unleashing such strike force that it’s quite impossible to imagine any audience resisting the brutal appeal of that bassy monster.

Ibiza legend José Padilla is back with a sublime double platter of pure solar enchantment on the ever selective International Feel Recordings. What to say except that this beautiful album offers no less than 22 tracks cruising through the history of balearic house with such science and bliss that putting your paws on this should be a no-brainer.

With You Can’t Groove we have a track that summons some smiles. Numerous melodic nuggets from different keys and synths all sing together to firmly deliver the challenge the title puts forth.

Drvg Cvltvre making his return on Pinkman with a brazen, brick-hard four-tracker. Sleepdealer is clearly a standout with its constant laser burst-out and punchy synth stabs pelting at sustained pace. You’ll get out of there rinsed.

For almost a year now everyone was wondering what was that super groovy, spaced-out tune played by Joy O in his Essential Mix. The man himself mentioned the track as a demo of his and Boddika but not much else was told except that it would be part of “something special“. Well, now we know: it’s called TMTT and it’s going to rock your parties upside-down.