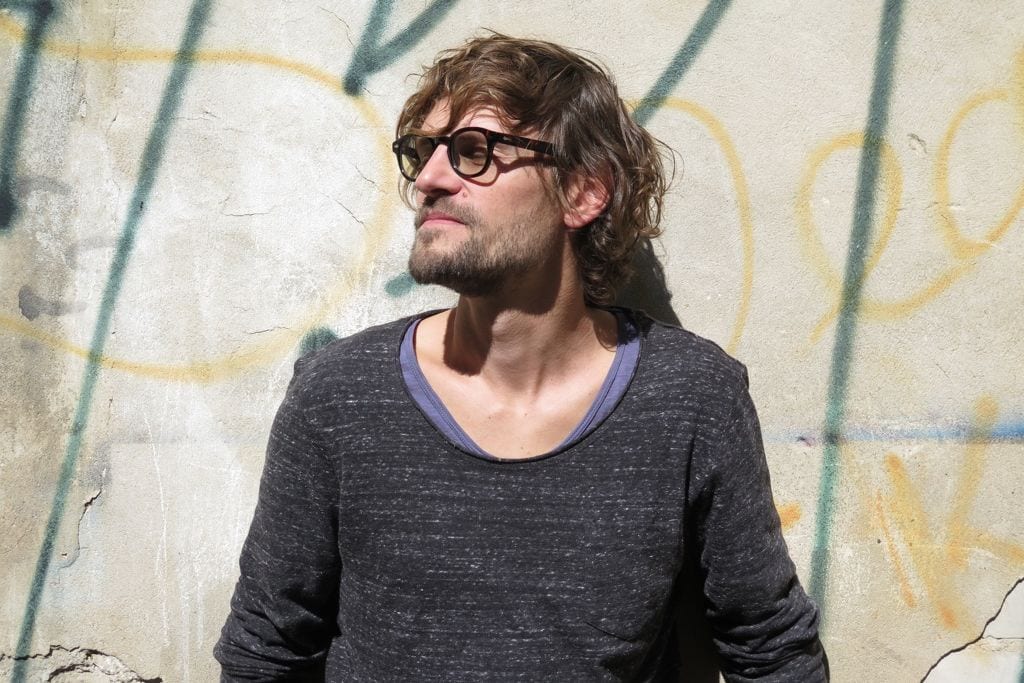 A short trip to Berlin during April 2015 was blessed with blue skies and warm weather. Parks and restaurants were overflowing with people enjoying the sun and their time in the moment. I was kindly invited to Kompakt’s HQ in Berlin for a catch up with the team and lunch with Dave DK, real name David Krasemann, to discuss in-depth his stunning new album “Val Maira“, which was recently released on Kompakt.

Whilst we’re sitting here with your new album in physical format – How are you feeling about the release of the album?

When I see it here in the sun, it looks even better! I was really happy when the copies of the album arrived last week, I think it was worth putting so much care and effort into the album artwork, because when you see it printed it makes you feel like “Ok, this is a really nice finished product”. From the comments we’ve had so far about the album, they’ve been positive, so I guess it’s a good thing.

Which mountain range is presented on the cover of the album?

I guess the mountain is from Iceland, because the graphic designer is from Iceland also. I think she has a lot of pictures and photos from her own country.

How did you decide on the name “Val Maira”?

It took shape slowly; I thought about it for a long time, Michael Mayer and I were searching for a name for ages. We spent a whole weekend sending text messages to and from one another suggesting different titles.

I finally found a title. Michael also found one, that referenced Italy but it had some type of bad connotation to a theatre that had something to do with bad karma, so we finally settled for “Val Maira”, a picturesque valley I had a mysterious liaison with in the past.

How long have you been working on this album?

“Val Maira” includes ideas from over the past 4 years. Michael offered me the album deal in January 2014. I had a lot of ideas from the past, so I combined them into this project. I made the album using Ableton, so it’s very easy to combine old ideas with new ones.

Do you remember which track you started working on first?

I think it was “Smukke Lyde”. I sent it over to Michael Mayer with another track “Halma” about 2 years ago.

I started “Halma” in Costa Rica when I was on a surfing holiday and I finished it off here in the East German countryside where I come from. The rest of the album just evolved over time with other ideas.

Do you have a favorite track?

I like “Halma” a lot – We had to decide what track to put out first, and after much discussion we decided that “Halma” was the right track to use – Maybe it’s not the most catchy one but it’s one of those tracks from my personal view, that you listen to over and again and you see it evolving over time.

Jamie XX also featured it in his BBC Radio 1 Essential Mix, so it got even more attention after this. When you get respect from other people it really matters, so I was happy that we chose “Halma”.

Radio play blows all these online streams out of the water.

Definitely, radio play you can’t fake. You can fake everything else, Soundcloud plays, YouTube views, Facebook likes and so forth. You cannot fake radio shows or respect from the producers you admire and the publications you read such as Resident Advisor and Inverted Audio. They’re like a lexicon that will exist for at least 100 years, knowledge that has approved something.

In fact Inverted Audio has always been my favorite site ever since you started it up. I noticed it from very early on, and when you messaged me 2 years ago, around the same time you interviewed Lawrence, who also said that he liked the site, I thought exactly the same, that it’s presented really well and features a really interesting mixture of content.

Personally I really like your track “Whitehill featuring Piper Davis” – How did you get involved with Piper Davis?

When I was searching for someone to do vocals over half a year ago I was trying to concentrate on people that I liked, so I searched and sent out a lot of emails. I realized quickly that it was so difficult to find someone and get in touch with them; you need a lot of patience.

Stimming introduced me to Piper Davis. She worked on his “China Tea” record on Pampa last year. I asked her if she was interested in working on some ideas with me, she was very easy going and had some ideas as well. She was up for experimenting with different ideas, so it was very easy to work together.

The mastering engineer in Hamburg thought it initially sounded a bit strange and that the vocals didn’t fit the music, but the second time around he made it work.

Using vocals also opens up your album to a wider audience.

That’s exactly what Michael Mayer said. It’s nice to try out something new but I’m not a pro with using vocals. Over the past 2 or 3 years I’ve been working remixes with vocals, but it’s always dangerous to try something that you don’t have knowledge in. Once you do it, you learn from it, but it can take a long time. 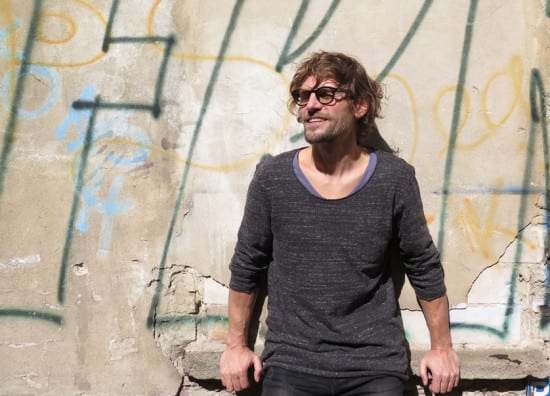 What else do you like to do apart from making music?

Being in nature is a big part of my life. I just came from the countryside 100KM north of Berlin, where I grew up. I try to go out there as much as possible. If I’m stressed then I go out there for a few hours or days, I go biking in the woods and instantly feel recovered.

Do you have a studio up there?

No I take my laptop up there, I have some speakers and a sound card up there. When I feel in the mood I connect it all up and start working up there. Being outside as much as I can is very important for me.

Apart from Ableton, what else do you use?

I was using a Space Echo for a long time plus I have a few bits from recorded synthesizers from back in the days. But I mainly use samples, this is always the starting point, it’s never some synth recording, it’s always some kind of sample.

Samples that you’ve made or found?

Both –they always put me in the mood to make music.

What do you feel or think of when you listen to your new album?

I can actually remember what day or night it was when I finish each track. Sometimes you’re in the mood to make music, other times you’re not. You have the idea but it might not be the right time. So I prefer to have the ideas and then leave them for a few weeks. It feels really nice that the album is now out as a single product. I think that for Kompakt this was more of an art project.

Wolfgang Voigt is very much an artist. Are you in the same boat as him?

How do you feel your music sits alongside other artists on Kompakt?

I really like Trance music, so does Michael Mayer, but it’s not trance, it’s a good kind of trance. I also like a lot of shoe-gaze stuff like Ulrich Schanuss, he’s an old friend of mine and I’ve been listening to his music since 1998, when we lived together here in Berlin for 2 years. So I’ve listened to a lot of his melancholic music. So my music is a mixture of these kinds of things. 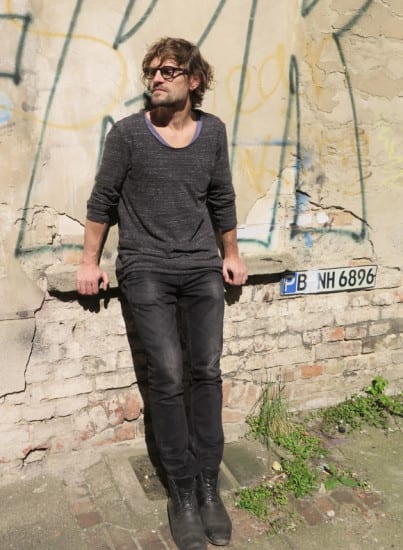 I respect what James Holden is doing with Border Community, especially during the period when they had a lot of hits, around 2004 I think, it was iconic for that label and they made some strong statements, it’s kind of trance but it’s not. Pampa is a fantastic imprint with tastefully chosen music that is outstanding nowadays. Also my relationship with Dial will be never-ending I guess. Besides others I’m following Ki Records, Text Records, Monkeytown, Studio Barnhus, Domino, City Slang & Klockworks.

Where do you see your music progressing?

Maybe I’ll try some remixes now with more of an electronic sound. I still have a lot of tracks that haven’t been finished, so I might use them for remixes.

Who have you spoken to about making a remix of one of your tracks from Val Maira?

That’s I’ve just been talking about with Kompakt. I’m not sure yet…maybe Calvin Harris or David Guetta, hahaha!

Are you going to be touring the album?

Yeah we’re sorting out some shows but I need some time to work it out. It would be nice to get some festivals sorted but I’m not a big name for them to book right now. I just want to focus on the album right now.

Val Maira is out not on Kompakt, order a vinyl copy from Kompakt.fm.

Discover more about Dave DK and Kompakt on Inverted Audio.