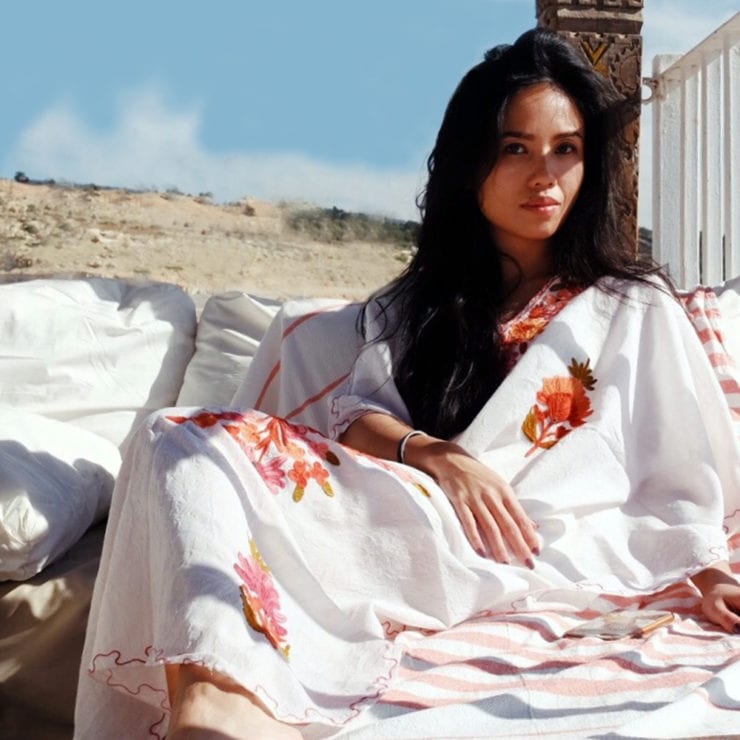 London is shock-grey, and the Tate Modern looms over Southbank. I’m meeting with Van Anh, the driving force behind Amsterdam-based promoter ISOTOOP, in a short break in the busy promotion schedule that has taken her across Europe over the last week.

We have just a few short hours together before Van Anh is off to transform The Pickle Factory from minimalist sweatbox to lush ambient paradise — a fitting place for Deepchord and The Chi Factory, on the second leg of the tour she’s been operating across Europe. We meet at Tate Modern to explore the Olafur Eliasson exhibition and discuss plans for Under The Desert Stars, the festival she is producing in the Moroccan desert with Tikita Records.

In many ways the festival is shaping up to be one of the most singular events of the year: striking out into the Martian landscapes of the desert surrounding Marrakech, Under The Desert Stars punches above its weight on the lineup, a list of party-goers faves and cult legends curated with the intention of providing specialised fuel for the one-time-only event.

“I’m amazed and humbled that all the artists are staying for the whole festival” Van Anh explains. Van Anh laughs as she jokes, “I think if everyone was excited about the festival as the artists are, we’d have sold out months ago!”

The roster is peppered with must-see names from Neel to Don’t DJ, Marco Shuttle to Kangding Ray, Jane Fitz to Ario but the small print beneath reveals that many are planning something special.

“I’m enjoying the opportunity to learn and influence every aspect of the production. The location and the lineup was just the first step. As an artist I came to realise that there are many factors beyond my control that were influencing my set, so it was important to me to involve the artists in the development of the concept, to enable everyone to prepare sets that would fit together as a bigger picture.”

“If, for example, an artist had prepared a very deep hypnotic live set and the DJ before would be smashing 130 BPM techno, this might lead the live set to be perceived in a negative way. Sometimes I’ve felt very upset after a gig because I was not able to give my best to the audience as a result of situations like this. My love is to share good music, and finding the right balance in the environmental setting is crucial to unlock a deeper appreciation of the music.” 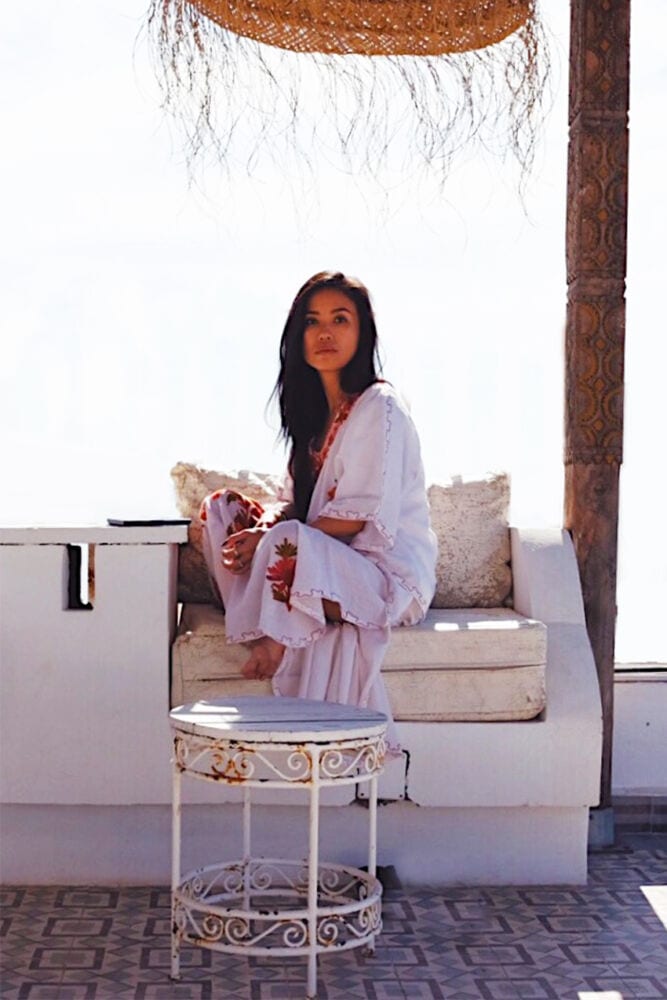 “I prefer smaller outdoor events because I personally find it more comfortable to be at and it’s easier to manage — indoor events are a completely different game though! With smaller outside events I’m able to involve myself in every part of the organisation, from the stage design and decorations, to answering emails of visitors about their travel plans.”

“It’s a joint effort and I’m blessed with a lot of support from Tikita and an amazing team at the location and festival producers, who’ve mostly been helping me on voluntary basis. The Netherlands has a lot of festivals for its size, and so my team has been working overtime non-stop. I have deep respect and appreciation for all festival organisers now that I am learning the full depth of what goes behind setting one up.”

Van Anh continues: “There are aspects to the location of the festival that are becoming more and more apparent the closer we get. Firstly, the crowd of festival-goers are really committed to the music; You don’t fly to Morocco to go to an event you’re only half interested in!”

In line with the attitude to keep the event unique, she explains how there are no plans to run the event in the same location twice. The reasoning is fully sound.

“When you attempt to repeat something it can seem like an obligation, with expectations that can trigger a rivalry of emotions. I prefer to keep my mind open and unrestricted. There are so many beautiful places that I want to discover, and everyone is invited to join the ride!”

She explains how even now there are plans to hold future events, but in equally wild and untapped vistas. Perhaps the follow-up will be a jungle party, or by a lake or abandoned building, or working with established nightclubs and adjusting the ambience to her vision.

“The excitement for me is to be challenged by new surroundings, and to create an environment for people to be fully immersed in music, wherever that may be.”

“The electronic music scene has grown exponentially over the last few years but in excess materialism can take a toll on the well-being and quality of the industry. Facebook and Instagram likes seem to overrule actual talent and I would love to see artists booked because of their quality, and for variety on the line-ups, regardless of popularity. This is not an easy thing to achieve and may take years to transform the current attitudes.”

“To change the culture in the scene many more people will need to behave differently by starting to dig a little deeper than what’s on the surface. I started to think about this a lot after I experienced Parallel Festival 4 years ago, my first experience of an intimate festival with only 1 stage for 3 days. It was an eye opener to see the impact of simplicity. I read that the crew behind were inspired by the beloved Labyrinth Festival in Japan, which has the same set up, and are also known for not sharing the line-up in advance to keep the element of surprise.” 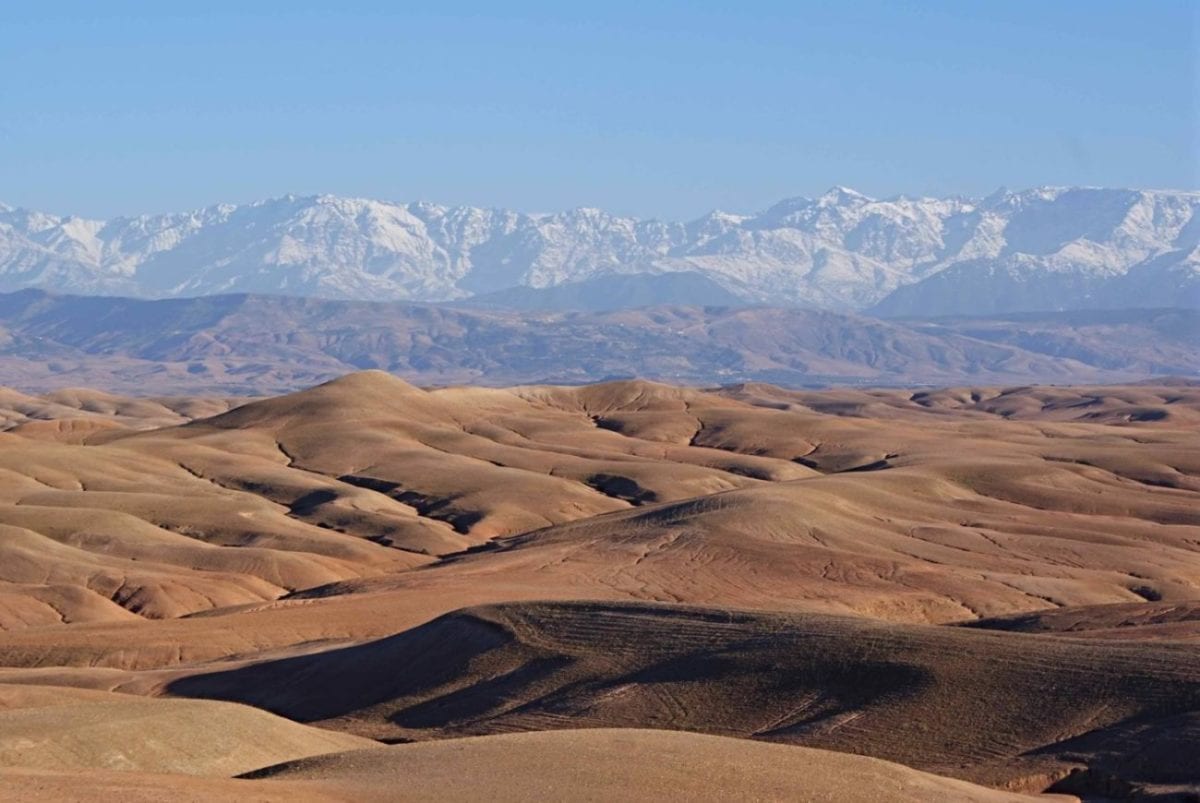 So, why put on an event so far from her home in the Netherlands?

“The seed was planted for Under The Desert Stars during the first year of Parallel Festival during the closing set of Svreca. He was playing a beautiful set for much longer than originally programmed. Towards the end the pace changed, which made me believe for at least half an hour that it was his last track, but more and more poured out of the sound system.”

“Ben (Buitendijk) and I laid down in the grass and we both looked up into the universe filled with stars. It was one of the most perfect moments in my life. The track that was playing that moment was Aphex Twins’ remix of Curve – Falling Free. I bought it twice on vinyl for us to capture the memory.”

“I still can’t believe how lucky we are to find such a beautiful location that is run by a such an open-minded team. When we went for our first site visit at the Agafay Desert Camp, we had a similar overwhelming experience to Parallel Festival.”

There’s a noticeable parallel between her dream for ISOTOOP and Eliasson’s installations; the difference is that Eliasson uses art to augment the natural environment, whereas ISOTOOP leans on some of the finest names on the electronic spectrum. Eliasson’s introspective melding of human experience with natural surrounding are parallel to Van Anh’s aesthetic preferences and desire to create something above the norm, using the natural world fragmented by a lens of psychedelic mis-memory.

Later, at The Pickle Factory, Van Anh plays a set that is fogged and varied: blurred edges of mechanical techno; lush forest field recordings; deep drone ambient. The visuals projected behind her are watery, translucent images rippling and rushing away behind the fabric of everything, blending harmoniously with the other-worldly organic music. They’re a good reminder that, when done artfully, visuals at a live show add a great deal to the experience.

It’s also a sign of Van Anh’s determination to pay extra care to the setting with each event. For her, the music is just one aspect of a night, something to be augmented using every possibility at her disposal. The night would have been significantly easier to run without having to set up the visuals, but there was no question about its importance.

Throughout Deepchord and Chi’s set of mystical tribal ambient Van Anh flits about, first at the front, eyes wide with happiness, then at the back, beaming with pride for great performances of the artists and the team of Astral Industries involved.

It was great to see her take so much pride in a result well-earned. It only bodes well for what is coming: first for Morocco, then the world.

To commemorate this unique event – Inverted Audio is set to produce a film for Under The Desert Stars and has commissioned – “Inside Fold” film director and video artists – Rebecca Salvadori to capture a unique vision of this experience.