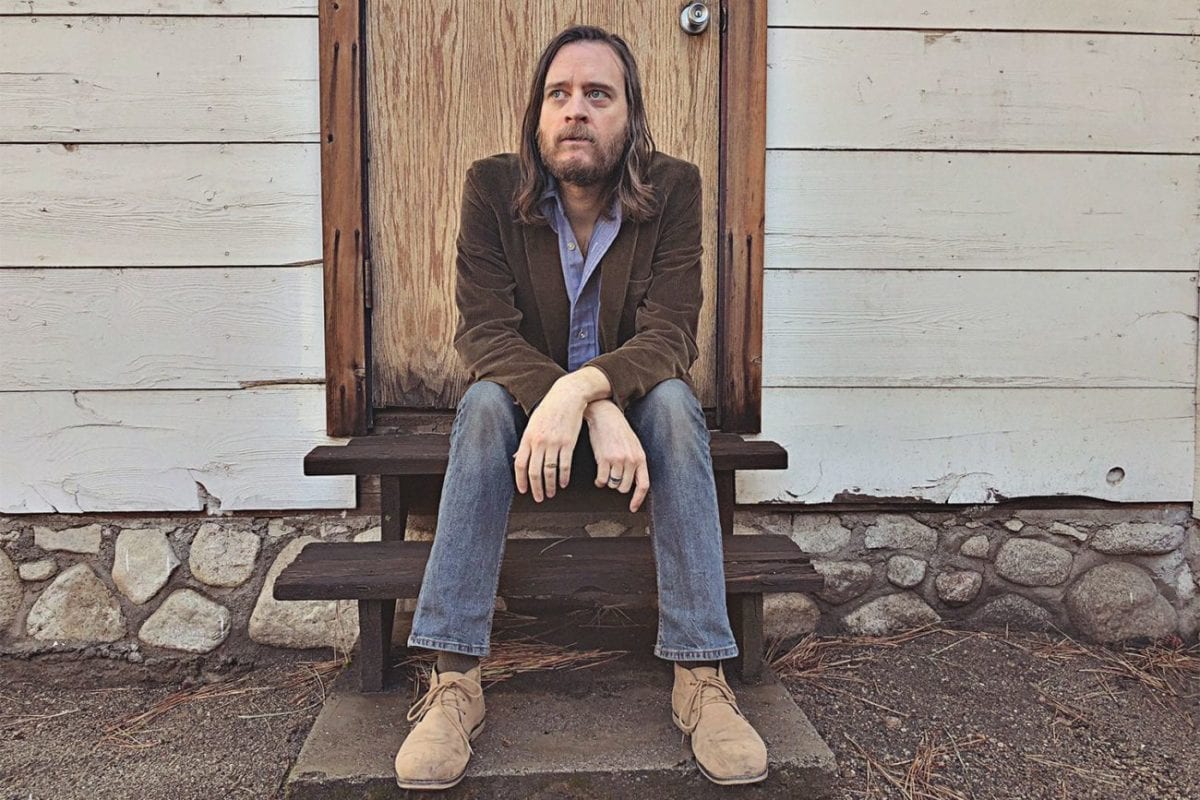 Seeking the overwhelming vibration of the genuine sound wave and its profound echo on the soul, Kenneth James Gibson has spent his career experimenting under a variety of aliases like as many brushstrokes to an ever polymorphic palette – successively releasing as [a]pendics.shuffle, Bell Gardens, Reverse Commuter, dubLoner, Kenneth James G., KJ Gibbs, Bal Cath, Eight Frozen Modules, and Premature Wig… the list is long.

Near to two years after his first incursion on Kompakt with his third studio LP ‘The Evening Falls‘, Gibson returns with ‘In The Fields Of Nothing‘, his second full-length delivery for the Cologne-based imprint, which casts a particularly bright light on the Californian musician’s arresting melange of minutely-crafted instrumentals, lucid vision and deeply immersive electronics, bearing in them both the solar radiance and crucial minerality of his Idyllwild home.

Not content with bringing you the exclusive stream of the short film he co-directed for the LP’s second single, ‘Unblinded‘ – in collaboration with Travis Spencer, we reached out to Kenneth to discuss the details and specifics of ‘In The Fields Of Nothing‘, and how the awe-inspiring environment of the San Jacinto mountains effects his work and creative flow, amongst other things. 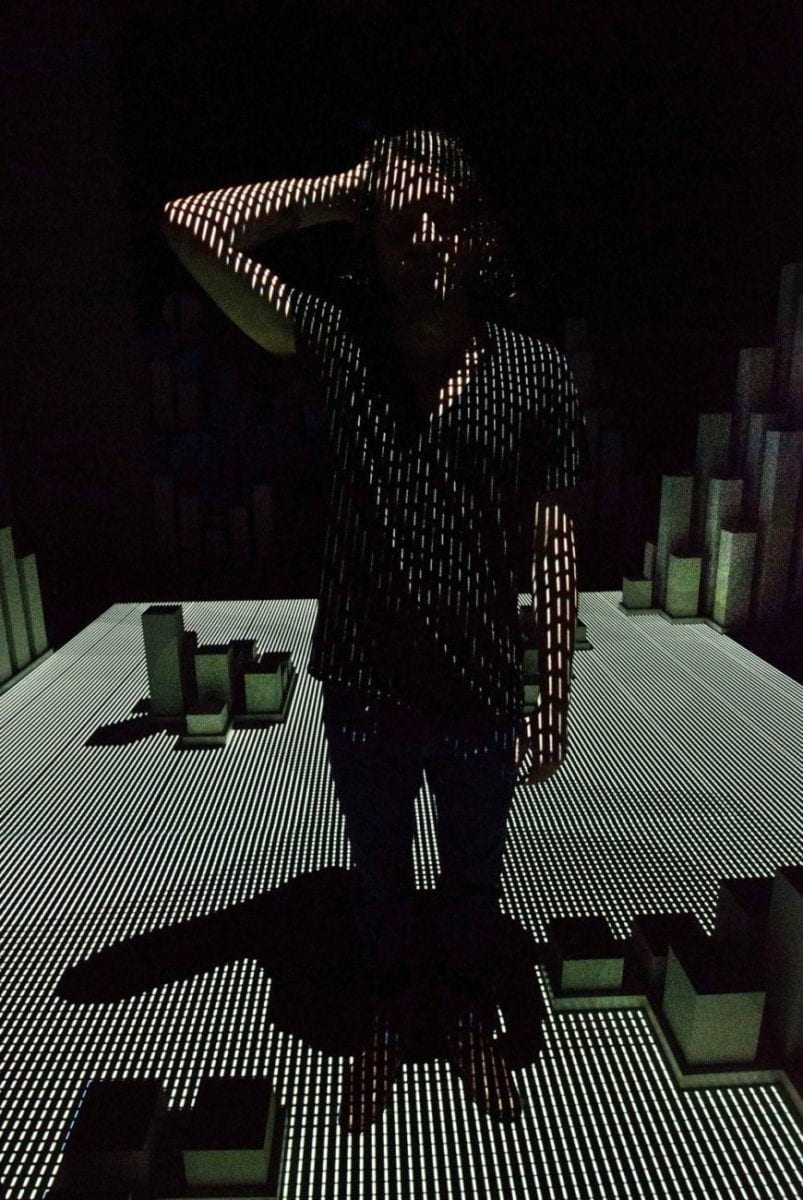 Your new album, ‘In The Fields Of Nothing’, is out now via Kompakt. It’s your second full-length on the Cologne-based imprint after the 2016-released ‘The Evening Falls’. Can you tell us more about its roots and fabrication?

I started this album pretty much as soon as ‘The Evening Falls’ was finished. I’m kinda of always working on stuff though, even if it’s just ideas in my head. I write down a lot of ideas in my phone while walking in the forest where I live. Notes on sound ideas and thoughts to write music to. ‘In The Fields Of Nothing’ is a product of this way of doing things. If there was more time and money, I would have made a complete film from beginning to end to accompany the album.

What about this title, ‘In The Fields Of Nothing’? What does it mean to you?

The phrase just popped into my head while meditating one day around the time of making the album. It’s a visual of sitting in a gigantic field of white light. The feeling of being nothing and everything at the same time.

What biggest change(s) happened between the release of ‘The Evening Falls’ and the present LP?

Time in general was the biggest change. We are changing minute to minute whether we realise it or not. Change is the only constant we have. Other then that nothing major to speak of.

You co-directed the short film for ‘Unblinded’ (streaming today on Inverted Audio) along with Travis Spencer, a deep, immersive tale on loss and remembrance; whilst also questioning the place of man in nature. How was the concept for the video born?

It is a story of loss and remembrance, but even more so it’s about letting go. Something that is very hard to do. It’s about a man shedding his attachments and finding liberation. Travis and I would get together and combine thoughts and images. We did a very rough story board, but when we started filming a lot of the original ideas were thrown out the window and new ones felt better so we just rolled with it. It seems to always be this way.

We were lucky to work with actors Chic Fojtik and Rena May. They just went along with whatever happened even when everything changed and it seemed like we had no idea what we were doing. I think the best material comes out of those moments when it seems like everything is about to fall apart… or has fallen apart.

The ending reminded me of Pasolini’s ‘Theorem’ closing sequence, (beware, spoiler) when the father strips naked in the Milan train station and ends up walking in the desert, eventually letting out a stirring primal scream on which the film ends. Was it an influence on you or complete coincidence?

Total coincidence! I have never seen this film. I have heard of it and think it’s time to finally check it out.

Off the top of your head, what films do you particularly love and why?

Mmmm…. Days Of Heaven, Twin Peaks, Five Easy Pieces, Holy Mountain, Badlands, Vanishing Point, Two Lane Blacktop, Last Tango In Paris, Pafnucio Santo, Cisco Pike, and Magnolia quickly come to mind as some favorites. I like each of these films for totally different reasons. It might be purely a love of the visual experience or purely an emotional connection.

The last flick(s) you saw that left a mark on you?

Upstream Color is an incredible film and one of my favorites in the last few years. Arrival is another film that really did it for me recently. 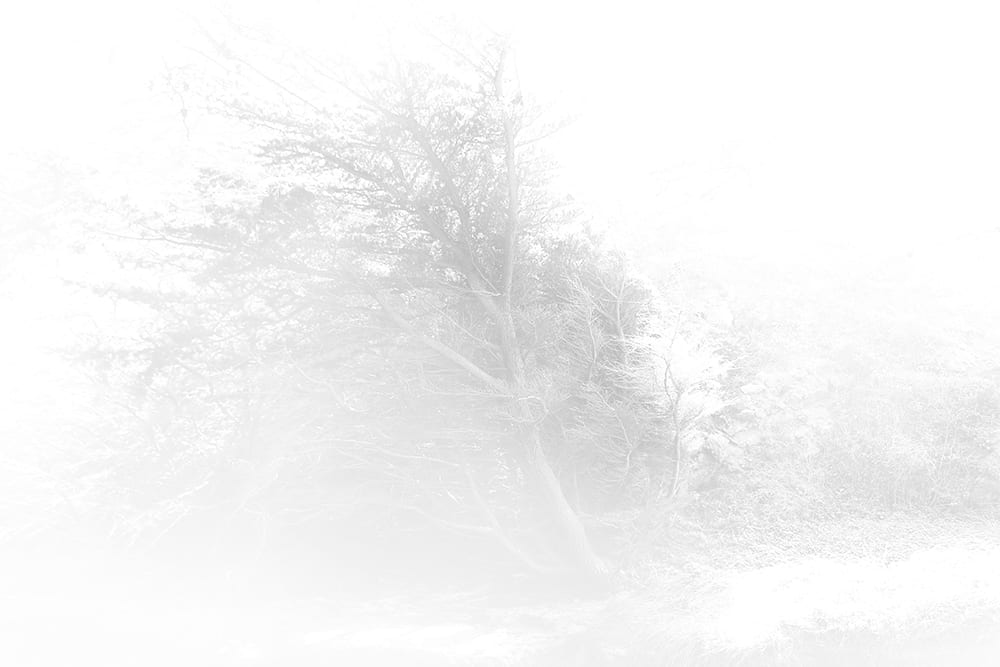 Can you tell us more about the (superb) shooting location? I heard it’s actually near where you live… such a stunning place!

It was all shot in Idyllwild and the San Jacinto Mountains. It’s about 2 hours from LA above Palm Springs. Idyllwild is an unincorporated town. It’s a peaceful place but still has a little bit of the wild west left in it. The Native American Cahuilla tribe would spend their summers here.

You can see their grinding bowls all over the place. There are a lot of amazing musicians up here. It’s a good place to hide out and do your thing without the hassles of a big city. Timothy Leary and The Brotherhood Of Eternal Love lived here in the late 60’s and early 70’s. It’s a special place.

How does your direct environment effect your work as a musician? Do you believe that this relationship to nature is somewhat of a key to understand your music? A good entry point perhaps?

When I moved up here from LA I felt super burnt out. Within a few months I was totally out of my funk and more inspired then ever. So I am gonna say a definite yes on that. I think being closer to nature and having more space in general is a huge inspiration.

Hazel & Douglas McCarthy (of Nitzer Ebb fame) also directed a compelling video for ‘Far From Home’, which verges on the abstract with its mix of satellite views, lysergic kaleidoscopes and shots from the quiet mountains. Please tell us more about this collaboration?

Hazel & Douglas have been friends for quite some time now. Douglas and I collaborated on a tune titled “Whispers In” on my Reverse Commuter album a few years back. We all collaborated on a video for that tune as well that we shot around the Salton Sea. We had a lot of fun doing that one.

I asked if they wanted to get involved with doing something for this album and they were up for it. It was really just a big excuse for us all to hang out. I’m real happy with what they did. Hazel recently directed the documentary titled “Bight Of The Twin” staring Genesis P-Orridge. A pretty heavy documentation of the the Voodoo twin cults in Africa.

Could you see yourself living somewhere else on Earth, or do you feel you particularly belong to Idyllwild?

I try not to look to far into the future. If I had it my way I would like to live in multiple places for multiple moods. At the moment I am very happy living here in these beautiful mountains!

In The Fields Of Nothing is out now, order a vinyl copy from Kompakt.