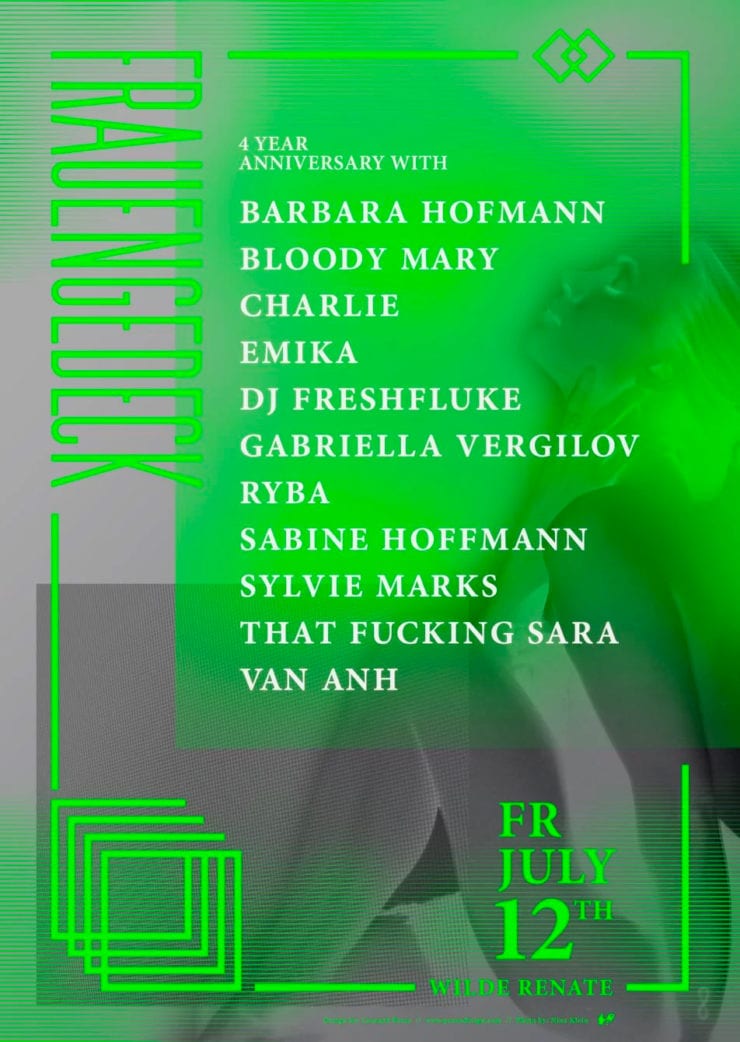 Frauengedeck sees itself as a collective for female DJs. The electronic music scene has been addressing the lack of recognition for female DJs for quite a few years now. We are living in a new era, where more and more woman try to find satisfaction and love in music. They work hard to build up something and be a part of that tough business. Frauengedeck wants to support and present female DJs in their ambitions.

Ahead of the club night OYE linchpin Sabine Hoffmann will host an in-store event at OYE Kreuzkoelln from 17:00 – 20:00. Pop down for a beer or two and come meet the Frauengedeck collective.