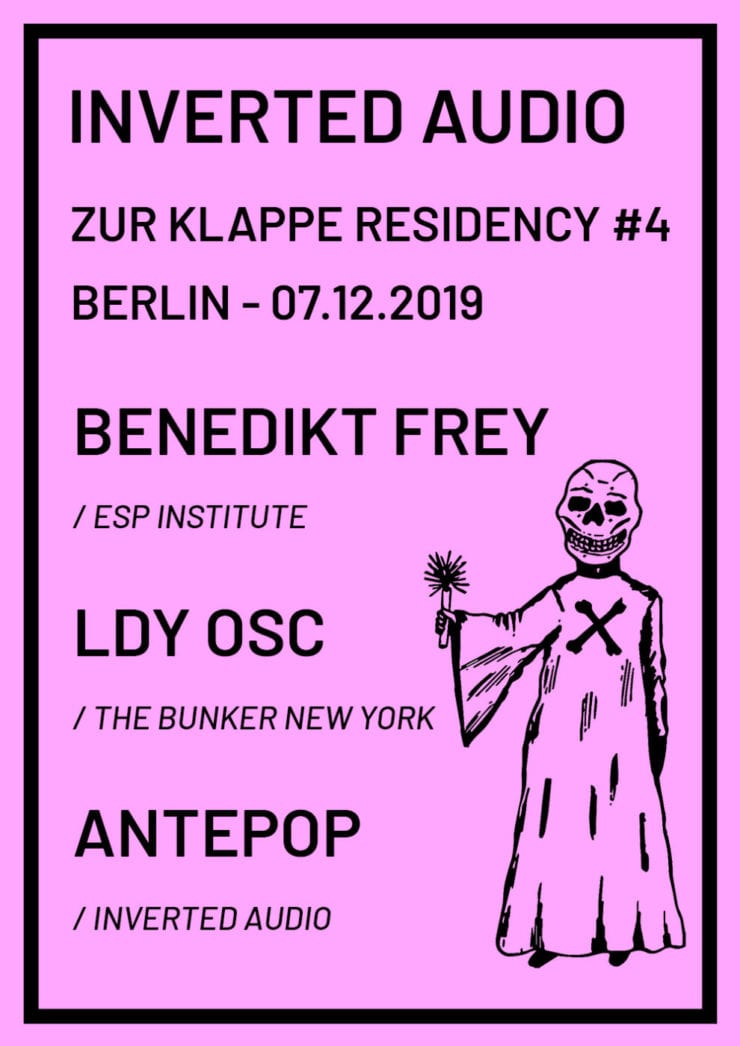 Following our November event at Zur Klappe with DJ Rubio and BNJMN – we are proud to announce our fourth lineup taking place on 7 December, presenting boundary-pushing deejay sets from Benedikt Frey, LDY OSC and Antepop.

Since his debut release in 2010, Benedikt Frey has made a name for himself as a prolific DJ and producer with a penchant for absorbingly psychedelic mid-tempo grooves that have a tendency to envelop you entirely. His expansive discography is a testament to his wide-ranging talents, with releases spread across a wealth of respected imprints including; Bahnsteig 23, Crème Organization, Mule Electronic, Hivern Discs, ESP Institute and his own label, Love Pain Sunshine & Rain.

LDY OSC is the production name of Vienna-based artist Alyssa Auvinen Barrera. A frontier-busting scrambler of sines by trade, Alyssa began her musical journey in the late ’90s when she felt a connection to the rage of heavier industrial sounds. By 2007 she was immersed in electronic music and soon turned her sights toward DJing. Following her debut release on The Bunker New York in 2018, LDY OSC resurfaced in 2019 with her debut solo mini-album, ‘sōt‘, on Swedish imprint Kontra-Musik.

As with all of our residency nights at Zur Klappe, our founder and editor-in-chief Antepop will be on hand to serve up a dextrous all vinyl affair of suitably underground electronic music.

Ahead of the event listen back to Antepop’s “warm up” set from our previous event and check out LDY OSC’s brand new Agency Mix below.